SAN ANTONIO—In a lower-for-longer environment, the implementation of artificial intelligence (AI) has come into play to cut costs in the oil and gas industry, according to Quantico Energy’s CEO and founder, Barry Zhang.

Despite AI being in its “early innings” in the upstream and subsurface areas, Zhang detailed how bringing AI and data analytics to the table can be rewarding with the right strategy at Hart Energy’s recent DUG Eagle Ford Conference & Exhibition.

As the data volume grows in the industry, Zhang explained how AI applications not only help combat expenses, but also tackle the associated risks that oil companies often incur during work processes.

“These kind of very high-resolution interpretations at a fraction of the time and cost are very powerful,” Zhang said.

EOG Resources Inc. (NYSE: EOG) has been at the forefront of the digital transformation through its use of more than 65 proprietary applications, Zhang said. In May, EOG said that since deploying “black boxes” on its rigs the company has collected data from 5,000 wells across U.S. unconventional plays.

During the webcast of its first-quarter 2017 earnings, the company also said that it has integrated 20 mobile apps that report real-time data as it occurs, allowing workers to respond around the clock. He described it as “a control room in your pocket.”

EOG added that its data usage has allowed it to optimize advance designs to geologic settings, exact lateral targets and integrate geosteering for its drill bits with the help of petrophysical models. The real-time data streams from every asset such as its frac fleets, rigs and wells on production, according to EOG.

As a result of embarking on AI initiatives, EOG has seen drilling, completion and production increases; growth that Zhang attributes to EOG successfully figuring out how to make data analytics work for their business.

In a case study performed by Quantico, Zhang found that AI-retrieved seismic data compared to traditional inversion data revealed more porosity in the Eagle Ford. The AI data shown, containing higher resolution, cut a roughly $100,000 job by 50%, according to Zhang. 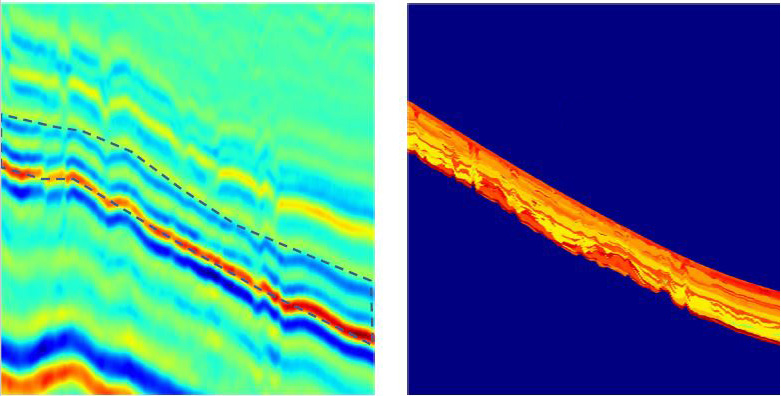 “Instead of trying to do a physics-based velocity interpretation or inversion of the seismic, all the AI is doing is using the seismic as a way to tie the volume between the wells where there is well control,” Zhang said.

All the attributes that are important to companies in the industry such as density, brittleness and pore pressure, Zhang said, can be obtained without the traditional work.

In drilling Zhang said companies should use the data that they have from all wells in its field, treating each well as a data point, to generate well logs. In a separate case study for Schlumberger Ltd. (NYSE: SLB), he utilized this method with the company’s recent and archived data and produced 70% savings from a roughly $150,000 to a $200,000 job.

“It’s about collecting data as you move forward, but minding the data that you have,” Zhang said. “In today’s environment, no one’s going to acquire a whole lot of new field data just to pay for an AI project.”

Despite the “gains to be had” he said in higher value applications there are “big” HSSE implications that don’t comport well with the black boxes, such as condition monitoring versus safety, so companies have to figure out how AI gadgets can work as amenities.

But he added that “most oil and gas companies do not have the big data that’s required for successful big data implementation,” so that’s an obstacle that has kept AI in its premature stages for E&P, “especially the subsurface.”

“One of the big things that I always emphasize to operators is to not pursue AI projects that are big moon shots [rather] pursue, at least in the beginning, things that have tangible ways to save you money,” Zhang said.

“Then you get the handle on what the right applications are and then you go bigger from there. If you start the other way you lose control of the cost.” 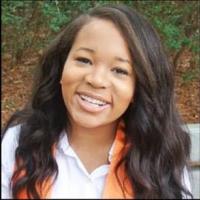