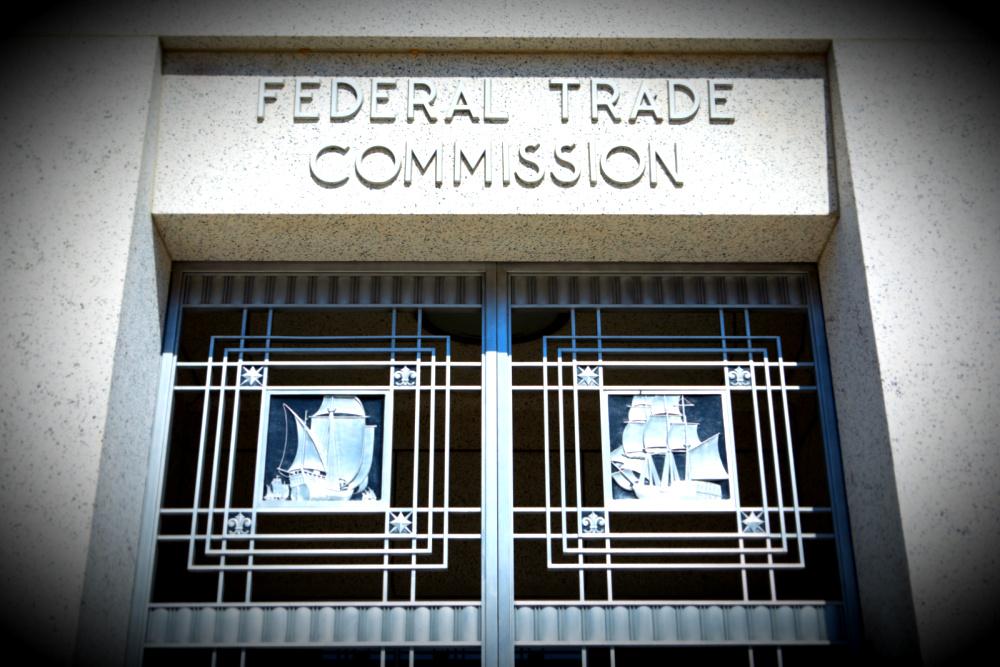 The FTC has looked into this issue of surging gasoline prices many times and often comes up empty, according to Kevin Book, a managing director with Clearview Energy Partners. (Source: Federal Trade Commission headquarters in Washington, D.C. by Mark Van Scyoc / Shutterstock.com)

U.S. President Joe Biden on Nov. 17 said there was mounting evidence of anti-consumer behavior by oil and gas companies that is keeping fuel prices elevated, asking the Federal Trade Commission (FTC) to dig deeper into possible “illegal conduct” in the market.

Biden in August asked the FTC to investigate possible illegal conduct causing the spike in gas prices, which are contributing to surging inflation. On Nov. 17, he told FTC Chair Lina Khan in a letter that further action was needed.

“The Federal Trade Commission has authority to consider whether illegal conduct is costing families at the pump. I believe you should do so immediately,” he wrote.

Gas prices have continued to rise at the pump even though the price of unfinished gasoline has dropped over the last month, Biden said, noting that the two largest U.S. oil and gas companies were on track to nearly double their net income compared to 2019.

“I do not accept hard-working Americans paying more for gas because of anti-competitive or otherwise potentially illegal conduct,” the president said in the letter to Khan.

“I therefore ask that the Commission further examine what is happening with oil and gas markets, and that you bring all of the Commission’s tools to bear if you uncover any wrongdoing.”

The two largest oil and gas companies in the U.S. by market cap, Exxon Mobil and Chevron, respectively, didn't immediately reply to a request for comment.

Biden’s approval ratings have dropped to the lowest point of his presidency in recent months amid growing concerns about rising prices, although his top economic advisers still say the surge will be transitory and should ease next year.

Republicans are using concerns about inflation as a “cudgel” to pound the Biden administration, his press secretary Jen Psaki said last week.

The FTC could use its authority to launch an “open study investigation” to obtain data on how companies set gas prices, and study actual pricing at the pumps, the White House said.

“There is an up-like-a-rocket, down-like-a-feather phenomenon that happens at the pump and it frustrates politicians,” he said.

For example, unfinished gasoline futures prices fell by $1.18 a gallon between January and late March of last year during the first coronavirus pandemic outbreak, but retail prices only dipped by 45 cents before ebbing later. 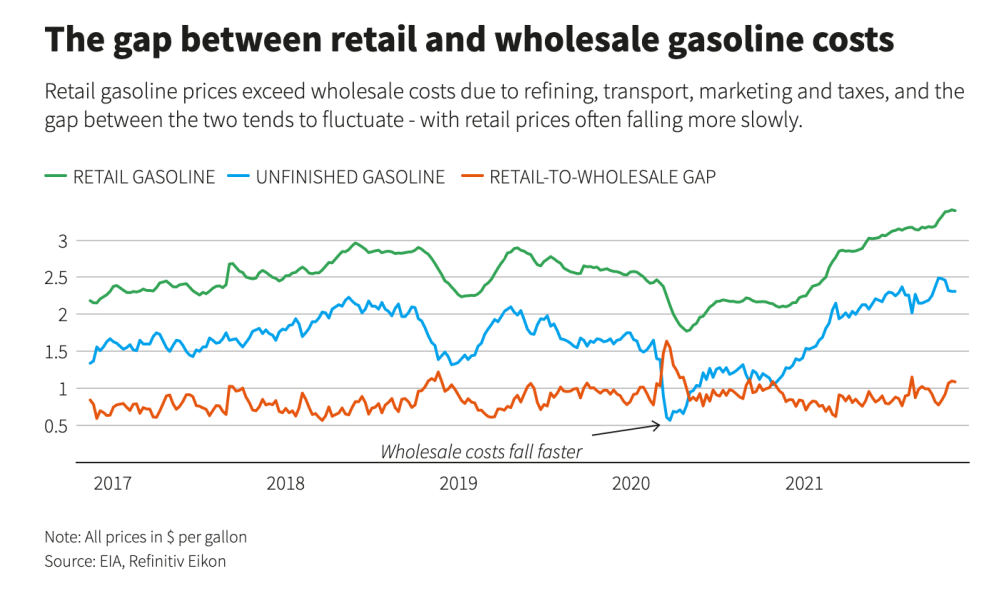 The FTC has looked into this issue many times and often comes up empty, Book said, adding that there were simply too many actors in the retail gasoline market for them to collude.

The average retail gas price per gallon in the U.S. was $3.413 as of Nov. 17, from $3.319 a month ago, according to the American Automobile Association. The current futures price for unfinished gasoline known as RBOB is trading at $2.317 a gallon, but was trading at $2.49 a gallon a month ago.

The price of crude oil accounts for half of the cost of retail gasoline, according to the U.S. Energy Department, followed by local and state taxes, along with refining, transportation and distribution costs.

Retail gasoline prices vary state-by-state, with prices around $3 in Oklahoma and as high as $4.69 a gallon in California, due to state excise taxes and other factors. The federal gas tax is 18 cents per gallon.

Biden said he appreciated that the FTC had directed Commission staff to strengthen oversight of mergers in the oil and gas sector that result in fewer consumer choices and potentially higher prices.

Reuters reported last month that U.S. antitrust regulators had extended the approval process for at least five oil and gas mergers and acquisitions in the last three months.