Antero Resources Corp. on April 8 announced the retirement of Glen Warren, who helped co-found the Appalachia shale producer alongside its current chairman and CEO, Paul Rady.

“It has been one of the greatest honors of my career to partner with Paul Rady and to help lead the growth of the Antero entities from the ground floor,” Warren said in a statement. “I have so many great memories over the years, from the multitude of relationships built to the countless milestones achieved.”

Warren will retire as president and CFO of Antero Resources and president of Antero Midstream Corp., effective April 30. He will also step down from the board of both companies as of the same date.

In a statement commenting on Warren’s retirement, Rady said: “Despite the challenges facing the energy industry over the last several years, Glen has helped reposition both Antero Resources and Antero Midstream to succeed for many years to come. His impact can be seen on our people, assets, balance sheets and performance. I wish Glen all the best in the next chapter of his life.”

Warren and Rady formed Antero Resources in 2002. The pair had previously co-founded Pennaco Energy, a Powder River Basin coalbed methane producer which they sold to Marathon Oil in 2001.

Initially, Antero built a position in the Barnett Shale. The company sold that business, built into the second largest producer in the Barnett, to XTO Energy in 2005.

Antero Resources entered the Appalachia Basin in 2008 and drilled its first Marcellus Shale wells in 2009. The company also formed Antero Midstream in 2012 to own, operate and develop midstream energy infrastructure to service Antero Resources' increasing production.

In 2013, Antero Resources completed the largest IPO of an independent exploration and production company, according to the release, raising $1.8 billion in proceeds. Antero Midstream went public the following year, completing what the company said was then the lowest-yielding and largest IPO of an MLP.

Today, Antero Resources holds 515,000 net acres in the core of the Appalachian Basin. The company produced over 3.5 Bcfe/d in 2020, including almost 200,000 bbl/d of liquids. Meanwhile, with an enterprise value of over $7 billion, the company said Antero Midstream has the most comprehensive liquids midstream system in Appalachia.

“Going forward, the Antero entities are very well positioned with the lowest debt levels since being public and one of the strongest, most integrated teams in the industry with the continued outstanding leadership of Paul,” Warren continued in his statement.

He added that he plans to be a long-term shareholder of both Antero Resources and Antero Midstream.

Exports of globally refined products are becoming more competitive, although the U.S. still leads the way, according to a new quarterly analysis from Stratas Advisors.

Gasoline Production, Demand To Grow Through 2020

Despite declining sales growth worldwide gasoline demand is expected to continue to gain ground through 2020, according to a new analysis from Stratas Advisors. 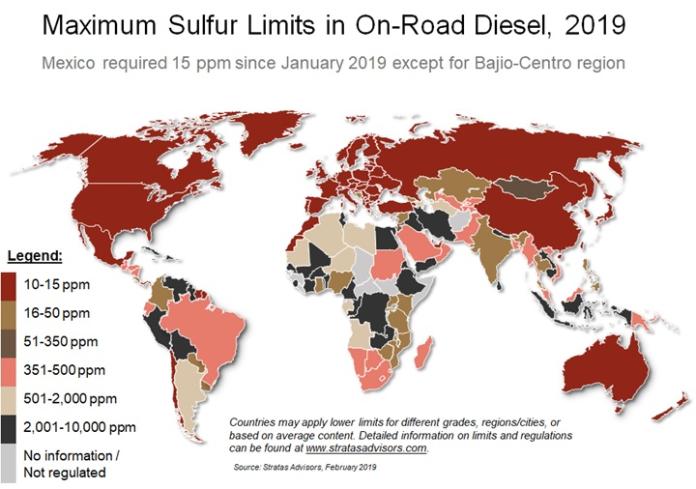