As a company with predecessors that have been around since 1862, National Oilwell Varco (NOV) has certainly witnessed the petroleum industry’s highs and lows. Shortly after taking the reins in 2014 as the chairman and CEO of NOV, Clay Williams faced what he today cites as the greatest challenge in his time with the company, the market downturn. In the five years since, both industry and NOV alike have worked to transform the business and position it for the recovery.

E&P recently spoke to Williams at the company’s headquarters in Houston. 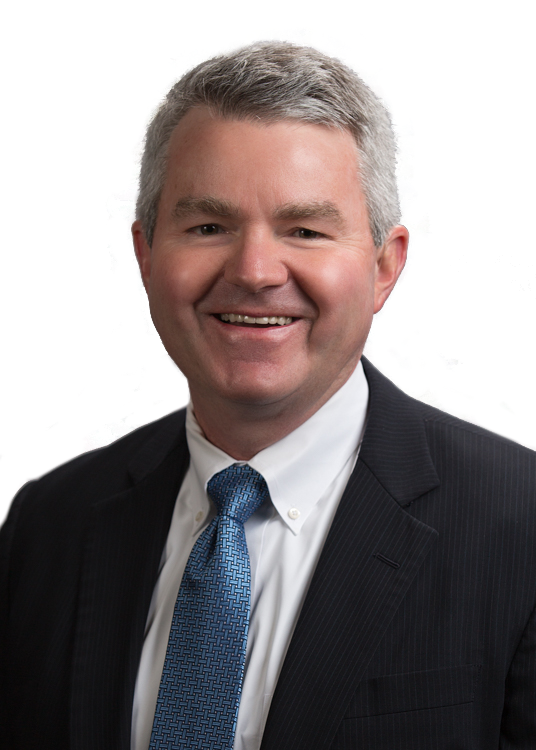 Williams: It is an exciting time from a technology development standpoint. When I look at the ways that our industry is being transformed—things like Big Data, digitalization of processes, machine learning, artificial intelligence and high-speed data transmission—I see an industry that’s evolving and changing quickly. Technology is shifting how this industry operates globally, resulting in more efficient, safer production with less environmental impact.

NOV’s been at the forefront of bringing high-speed data transmission from the bottom of the borehole to surface rig equipment and then using that stream of data in conjunction with artificial intelligence and heuristic algorithms to optimize the drilling process.

What we’ve found are some significant gains in drilling productivity by letting the software take over what was previously a very manual process. Drillers would previously focus on trying to optimize the speed of the drilling rig, getting the right weight and the right rotational speed to try to drill a particular formation. What we found is that software can perform those tasks more effectively while freeing up the driller to focus on rig processes.

E&P: What work has NOV done to optimize drilling systems?

Williams: There are two levels to optimizing drilling systems.

The first is that we can automate the dozens of discrete steps necessary to drill an oil or gas well, applying software applications that increase performance and efficiency while drilling. As the foundation for automating those processes, our NOVOS operating system controls the entire drilling process.

The second level is controlling drilling parameters—using software applications to discover the best weight on bit or rotational speed to drill a section of rock, for example. On most rigs, those steps are now done by human drillers who are working a brake handle or performing other activities manually, but our drilling optimization system can do it much faster and achieve that optimal combination of weight on bit and rotational speed. This enables the driller to then use their experience to oversee operations and think about things like, ‘What do we do next? What do we need to be ready for? How’s my crew doing? Is everybody safe?’ To me, it’s more important for a driller to focus on those functions rather than trying to precisely land the connection at the right height for the roughneck to swing in, for example.

I think the potential for automation to unleash that human experience, get it focused on the right things on a rig—process control, safety, planning—helps redirect that individual skill set to a higher and better purpose. In many ways, automation empowers drillers.

We also are doing the same sorts of things when it comes to hydraulic fracturing and coiled tubing operations. We want experienced people on site to be able to run equipment safer and more efficiently.

E&P: Equinor and NOV signed a frame agreement for your IntelliServ wired drillpipe. Can you explain more about the pipe and how it will help enable future drilling operations?

Williams: I’m pleased with Equinor’s decision to move forward with putting wired drillpipe across its offshore rig fleet, and I’m looking forward to working with them.

We’re very excited about the overall prospects for wired drillpipe. It’s a technology that transmits data from downhole to surface at an incredible 57,600 bits per second; compare that to conventional mud-pulse telemetry, which runs about 10 bits per second. Wired drillpipe is a dramatic leap forward in terms of seeing what’s happening downhole in real time, which is a view drillers have never really had before. What we find is that high-speed data [and] microsecond data fed into surface controls that drive rigs and other pieces of equipment at the surface really offer the opportunity to make operations a lot safer and more efficient. We’ve ran wired drillpipe in several major campaigns, including for BP in Alaska, Total on the Martin Linge Field, Equinor in the Barents Sea and Lundin Norway on the Edvard Grieg Field. The results in all of these operations demonstrate the remarkable telemetry-related time savings of running wired drillpipe as well as the
performance benefits of integrating downhole drilling dynamics tools and drilling applications into the drilling process.

E&P: What are your thoughts on the recovery of the offshore sector, and how has NOV prepared for it?

Williams: Through these past four years of the downturn, the owners of the resource base in the deepwater sector have been focused on reducing costs and becoming more efficient, and they’ve made real progress.

We’re seeing lots of green shoots, and we’re hearing more and more from our E&P customers that they’re moving closer to sanctioning large projects offshore. Additionally, many of our drilling contractor customers are focused on reactivating offshore rigs to address the rising number of tenders in the marketplace.

Through the downturn, we’ve invested more in shale due to shifting activity levels and economic priorities. But importantly, we haven’t sacrificed any of our capabilities in the offshore; if anything, we’ve continued to enhance them.

We’re well-known for providing drilling equipment in the offshore market, but over the past several years, we’ve also expanded into offshore production systems as evidenced by a couple of acquisitions in that area. We have a great team dedicated to production systems, and it’s very focused on reducing the cost of development, reducing the lifting costs of our customers’ barrels and helping them be more competitive in a slightly lower commodity price environment. We’re ready for the offshore recovery.

E&P: Speaking of opportunities, what’s next for NOV?

Williams: We foresee adoption of newer drilling and production equipment and technologies outside of North America. National oil companies have seen the success that North America has achieved with shale drilling and want to replicate it in their fields.

As I mentioned, in the offshore environment we’re starting to see signs of more drilling rig reactivations. As previously stacked rigs are made operationally ready to participate in tenders and go back to work, these will be good opportunities for NOV. I think the future is very bright.