This giant field in the shallow waters of the northern Caspian Sea offshore Kazakhstan ticks many boxes in terms of featuring some of the upstream industry’s biggest challenges rolled into one: high reservoir and process pressures, high levels of toxic and ultracorrosive hydrogen sulfide (H2S) gas, an extreme climate and the remotest of locations.

With the execution of the field’s first phase being overseen by Italian major Eni on behalf of the North Caspian Operating Co. (NCOC) consortium, this high-pressure but low-temperature light oil field (45°API) is perhaps best known within the industry for two things—its huge level of reserves and the high content of sour gas (at up to 20% it is one of the highest concentrations encountered by the offshore industry thus far). The sour gas is a very clear and present danger for all those working on the development, being so toxic that it would prove fatal in less than a minute to anyone breathing it. Gas masks, unsurprisingly, are a must.

Unfortunately, Kashagan is perhaps better known more generally for its massive and still-inflating development cost, currently put at approximately $50 billion (which is more than five times initial estimates). Other unconfirmed estimates put that figure at more than double, earning the field ironic nicknames such as “Kash-all-gone,” for example.

Worth the pain?
So why undertake this huge commitment? Simply because the potential rewards on offer for its participants (and the country as a whole) are undeniably huge.

The field’s discovery in 2000 saw it confirmed as the world’s largest oil find in four decades and the fifth largest in the world in terms of reserves, behind only four Middle East fields. The figures for oil-in-place range between 30 Bbbl and 50 Bbbl, with an average oil-in-place estimate of about 38 Bbbl.

With a relatively low recovery factor of between 15% and 25% due to the complexity of the reservoir, the recoverable reserves
figure is presently put at between 7 Bbbl and 13 Bbbl. The eventual target for the owners is a huge plateau production figure of 1.5 MMbbl/d of oil. Originally that figure was set to be achieved by 2019, although that date has since slipped back several years. The main reservoir is located more than 3,962 m (13,000 ft) below the seabed and under very high pressure of approximately 11,000 psi. The light oil has a high gas-oil ratio and a high H2S content. Being heavily overpressured, it presented Eni and its partners with drilling and processing challenges right from the start.

The company managed to negotiate these challenges from discovery to Phase 1 production in 13 years, which was admittedly eight years after the field’s original planned startup date. Even so, the project’s NCOC consortium owners—KazMunaiGaz, Eni, ExxonMobil, Shell, Total, China National Petroleum Corp. and Inpex—were not dissatisfied after a successful drilling program saw 12 high-pressure wells (with 20% H2S present) start Phase 1 production Sept. 11, 2013. When it began flowing, Claudio Descalzi, Eni’s COO for E&P, said Kashagan was “one of the most complicated projects in the world.” 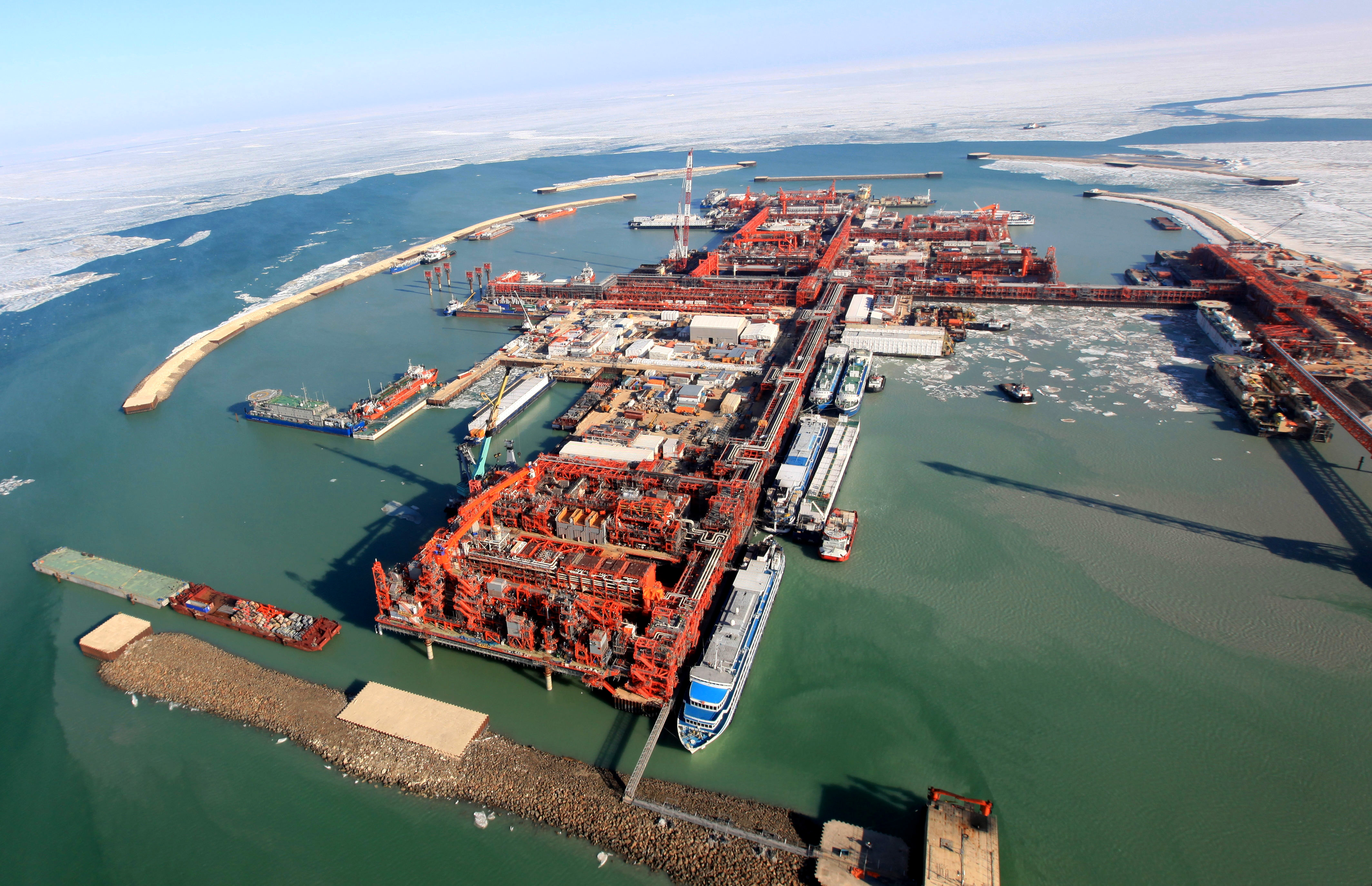 False dawn
He wasn’t wrong. The initial production turned out to be little more than a false dawn as, just two weeks later, production had to be shut in because of leaks in the 28-in.-diameter pipelines transporting the sour gas 90 km (56 miles) to shore from the processing facilities installed on the artificial “Island D” hub, where the recovered liquid and gas are separated.

Most of the gas was to be reinjected back into the reservoir, while the liquids and the remainder of the gas were being piped to shore for further processing. However, there was clearly still more than enough of the metal-munching gas to cause these pipelines to leak, with workers spotting the problem and raising the alert.

The highly-corrosive gas has been squarely blamed for the leaks. Although the pipelines had apparently been specially designed to be resistant to the gas, closer inspection reportedly revealed poor welding had made some of the pipe brittle, causing small cracks or “sulfide stress cracking.” Initially patched up, a further gas leak a couple of weeks later left the operator with no choice but to shut Kashagan down.

This eventually resulted in the owners having to swallow a bitter pill and agreeing to completely replace the pipeline network (around 200 km [124 miles] in total, it is estimated) with higher-grade, more expensive materials. The two replacement pipelines will apparently be made of nickel steel.

Descalzi told analysts in a presentation following the shut-in that the problems were “related to some spot hardness points on the pipes but mainly to the welding.” 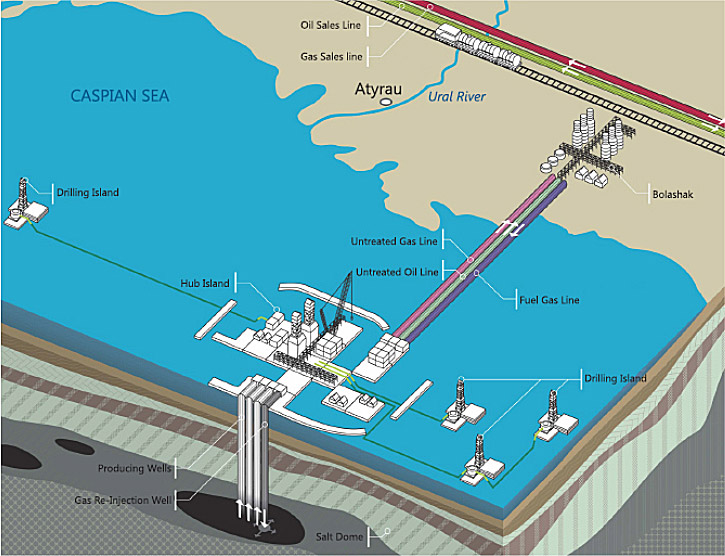 Innovation overshadowed
The above problems have tended to overshadow some significant technical achievements on Kashagan.

Phase 1 of the project was planned to see approximately half the produced sour gas initially reinjected into the reservoir, while the separated liquid and remaining raw gas was to be piped to the Bolashak onshore processing plant in Atyrau, Kazakhstan, where export-quality oil would be produced and some of the processed gas sweetened. The sweetened gas would then be used for power generation both offshore and at the process plant.

Bearing in mind that Kashagan’s high-pressure gas is associated, there’s still an awful lot of it—1.47 Tcm (52 Tcf), in fact. Most of that is planned for reinjection to enhance the low recovery rate. According to Eni in a recent presentation, once production does restart and eventually reaches the planned level of 14 million tonnes per annum (mtpa) of oil, it will represent the largest amount of H2S gas ever reinjected into high-pressure reservoirs offshore (avoiding large-scale sulfur production
and gas flaring).

Phase I, when it does restart, is still, however, expected to produce an average of 1.1 mtpa of sulfur due to the removal of the H2S.

Industry’s highest reinjection pressure
To push all that gas back into the reservoir, a discharge pressure of 11,023 psi is needed, which is believed to be the highest pressure yet required by an upstream gas reinjection project.

GE Oil & Gas supplied and delivered the barge-mounted sour gas reinjection trains under a turnkey contract for Kashagan several years ago, being the only compressor manufacturer at that time with the requisite experience of sour-gas reinjection. The company also supplied high-pressure sour gas reinjection equipment for Kazakhstan’s onshore Karachaganak and Tengiz fields, which required 7,977 psi and 9,137 psi reinjection pressure, respectively.

At the core of the company’s higher-specification Kashagan solution are two ultrahigh-pressure sour-gas reinjection trains. Each is driven by a GE MS5002D gas turbine rated for 43,690 hp (30 MW) at 4,670 rpm and one Lufkin step-up gear to increase the gas turbine shaft power to 9,900 rpm, which in turn drives three GE BCL 304B barrel compressors.

The sour gas enters the first compressor inlet at 1,305 psi and is compressed to the final operating pressure of 11,023 psi. This is still well below the design pressure of 11,603 psi, according to GE. The compressor designs included dry-gas seals complete with a patented zero-leakage monitoring system.

According to GE, the Kashagan gas compression system is the highest pressure reinjection train ever built.

As Kashagan progresses toward an eventual restart of production in late 2016 or early 2017, the substantial challenges it has faced—and is still facing—may eventually be regarded as expensive but acceptable teething problems. The frontier project remains a high-pressure sour-gas development in suspension, simply itching for the chance to prove itself worth the wait. 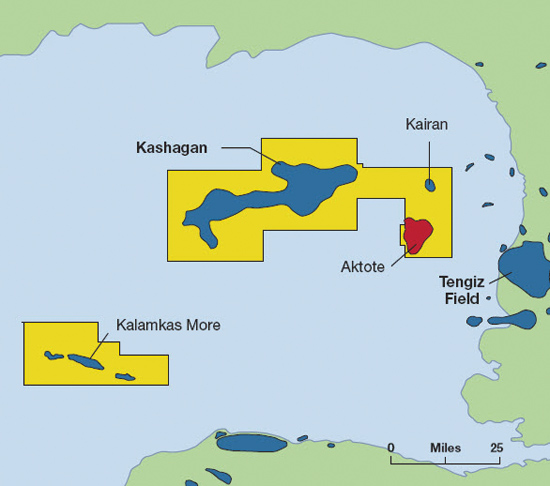 The sale of all its Texas and New Mexico fluid management and saltwater disposal well assets completes Key Energy Services’ exit from this line of business in these states.

The facility is expected to be fully operational by the end of November and is the first expansion of Nine’s cementing service line in the Haynesville Basin. 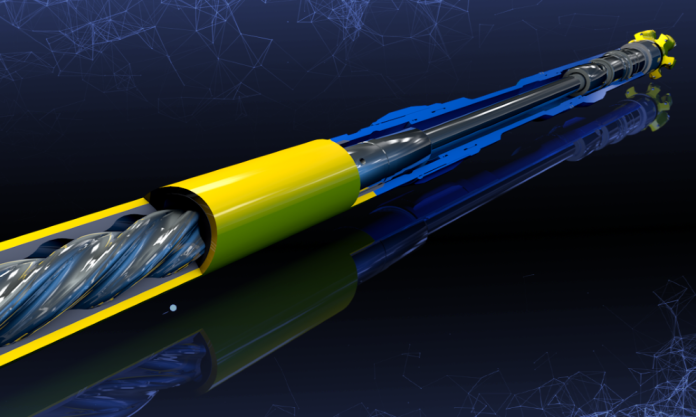 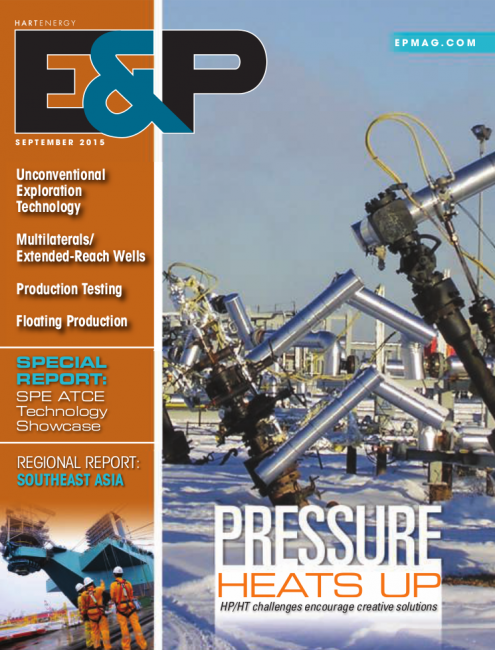