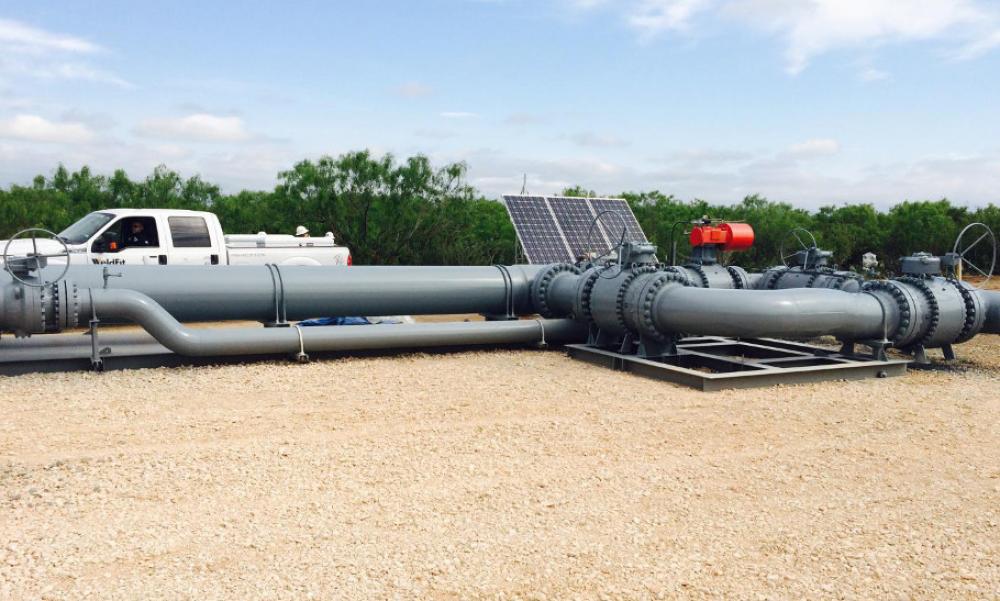 For existing shale plays there are two critical keys to success: increasing production flow and manpower efficiency and decreasing operating and maintenance costs. Those goals can be sidelined by one common element: pipeline corrosion.

According to the Pipeline and Hazardous Materials Safety Administration (PHMSA), corrosion was responsible for 24% of transmission pipeline and 20% of gas transmission pipeline failures over a 20-year study period. The PHMSA also reported there are about 482,803 km (300,000 miles) of onshore gas transmission pipelines and 275,198 km (171,000 miles) of onshore hazardous liquid pipelines that move natural gas, crude and petroleum products in the U.S. every day. The fact that the pipeline failure rate has not increased significantly over a 20-year interval attests to the effectiveness of industry efforts at corrosion control using technologies such as pigging.

While shale play gathering pipelines are not typically regulated like transmission pipelines, the ability to continuously remove valuable liquids and maintain their integrity is just as important. Pigging programs are the most economical, and perhaps practical, method of reducing the risk of internal corrosion failure that might result in environmental damage. Pigging helps operators meet the daily challenges encountered in the field and manage the integrity of gathering pipeline systems. If the pipeline is not pigged frequently, the line will become susceptible to corrosive acids that eat away at the internal surface of the pipeline. This risk can affect the environment and surrounding populations as well.

Unconventional resource plays represent multiple challenges and implications for midstream system infrastructure, particularly around pigging and integrity. This is especially true for shale plays producing rich gas that contains significant levels of liquefiable hydrocarbons along with methane gas. Liquids can accumulate at low elevation points along gathering systems where the high liquid concentrations in the gas streams cause significant issues with slugging, high differential pressures and corrosion. In addition, flow-reducing contaminants such as frack sand, chlorides and spent chemicals can cause flow restriction issues in midstream pipeline systems.

Automated pigging systems are a method and system for staging multiple pigs and launching each single pig with a fully, semi-manually or manually operated system. When used in shale plays, automated pigging provides distinct functions that address issues such as wet gas lines, crude oil lines, fracturing contamination, unpredictable fluid production, internal corrosion, and increased safety and environmental exposure. The high number of lines to be pigged and the need to pig these lines frequently might require the installation of multiple pig launchers.

Beyond the time and labor constraints there are also wear and safety considerations that must be made. Automated pigging systems that can stage seven to 10 pigs at a time substantially reduce the risk of exposure to hydrogen sulfide (H2S) during depressurizing of the launcher or receiver barrel while loading or uploading. The exposure risk is reduced by the number of pigs that are loaded and launched after depressurizing the launching and receiving system just one time.

Additionally, opening and closing valves several times a week can increase the risk of valve seat failure, increased maintenance and replacement costs. Frequent cycling of the launcher and receiver barrels also can create unnecessary safety risks that might include cyclic fatigue of the systems and additional exposure to hazardous gases that are produced in many of the shale plays. 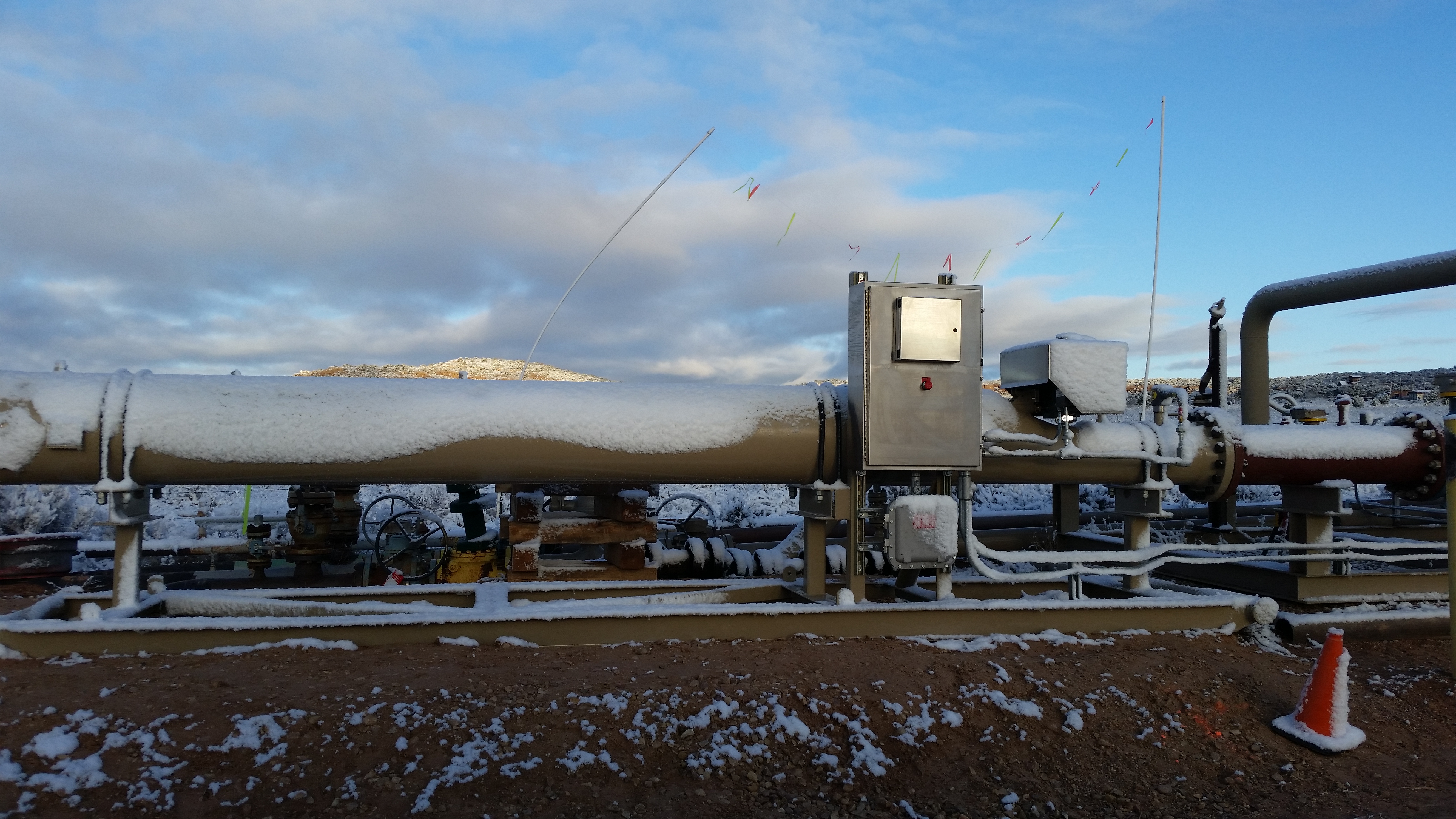 Routine pigging prevents liquids from accumulating and helps to maintain continuous production levels. It offers control on the volume of liquids that are removed at any one time and sustains well production at consistent capacity. In addition, routine pigging removes contaminants associated with wet gas, including paraffin, asphaltenes, iron oxides, water, H2S and CO2.

Determine the frequency of pigging based on specific characteristics of the pipeline system. Some pipelines require pigging three times a week and some three times a day. Overall, pigging frequency should be based on the flow efficiency gained over time instead of a program based strictly on time. Increased throughput and revenue associated with efficiently operating the pipeline is measureable by the increase in percentage of flow.

A recent case study on the use of automated pigging of a natural gas gathering line in northwestern Oklahoma had significant results. The pipeline system was new construction consisting of 31 km (19 miles) of 16-in. pipe. The natural gas system was then fitted with a 24-in. oversized launcher barrel with a 16-in. nominal receiver. The system effectively increased flow efficiency from 707,921 cu. m/d to 849,505 cu. m/d (25 MMcf/d to 30 MMcf/d) while pigging every 6 hours, four times daily. Liquid volumes removed daily per pigging operation were equal to 1,000 bbl to 1,200 bbl. Overall, the system decreased compression costs by 5% in the 16-in. pipeline. Prior to pigging, the pressure in the launcher was 1,020 psi and 920 psi in the receiver. After pigging, the line had 1,000 psi in the launcher and 950 psi in the receiver. The operator’s projected savings over a five-year period using automated pigging vs. manual pigging is more than $4.5 million obtained through increased flow output and decreased pressure loss. 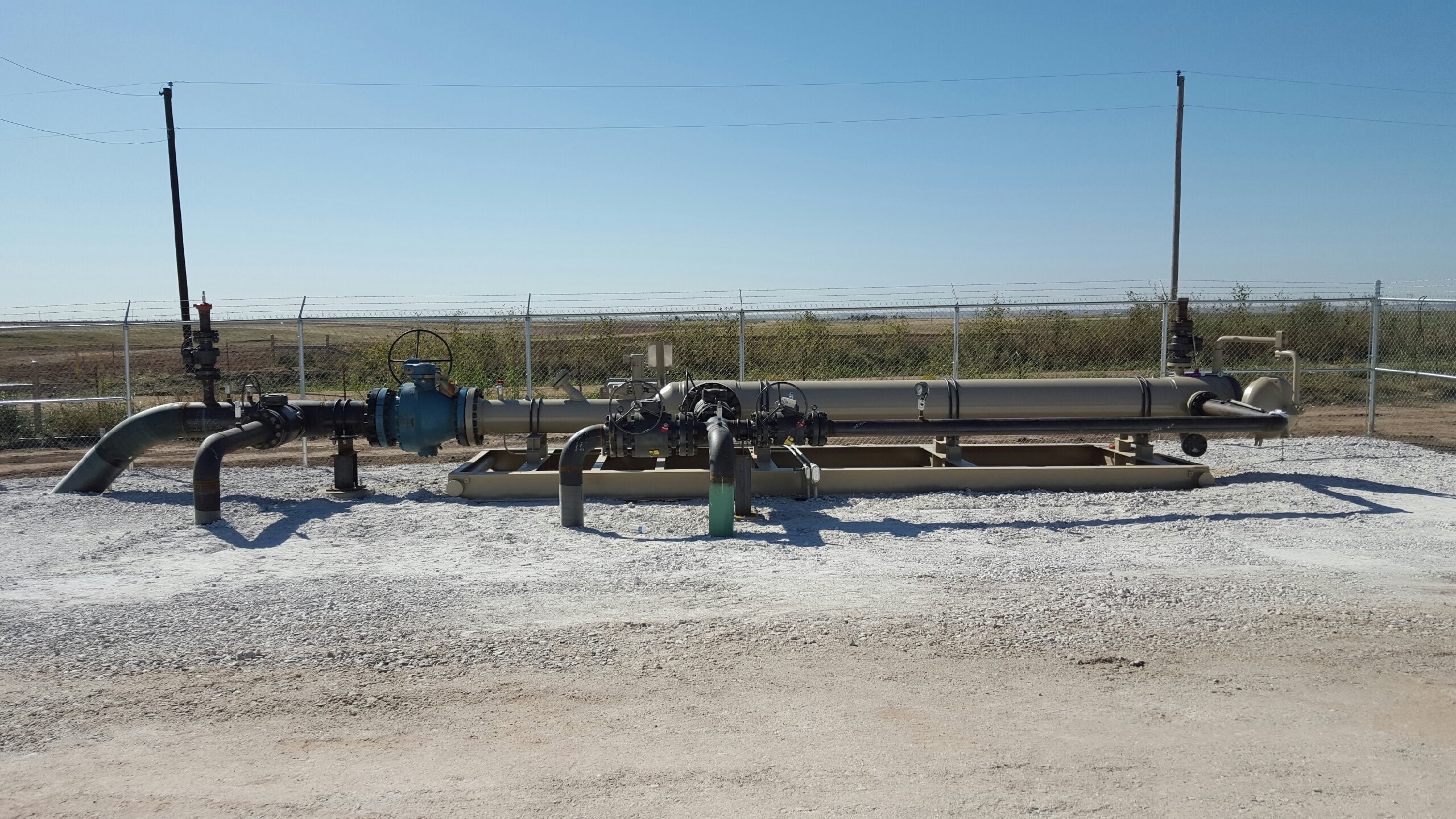 A recent case study on the use of automated pigging of a natural gas gathering line in northwestern Oklahoma had significant results in increased flow efficiency from 707,921 cu. m/d to 849,505 cu. m/d while pigging every 6 hours, four times daily. (Source: WeldFit Energy Group)

Additional efficiencies as a result of frequent pigging can be attributed to improvements in reduced compression costs. As pigging frequency increases and pressure drop is minimized, less horsepower is consumed, reducing fuel costs to power compressors.

The automation of pigging systems has proven to be successful in shale plays, where the system is monitored through operator SCADA and remote monitoring systems as well as with operational data that might include line pressures and flow rates.