Raised on stories of the military and America’s warrior heroes, Knox Nunnally knew early on that he wanted to serve his country. The desire to join the military drove him to attend the U.S. Naval Academy, where he earned his bachelor of science in political science and a commission in the Marine Corps.

Living in Houston with his wife, Cara, and his sons, Dillon and Rowan, Nunnally is a partner with Ware, Jackson, Lee, O’Neill, Smith & Barrow LLP. 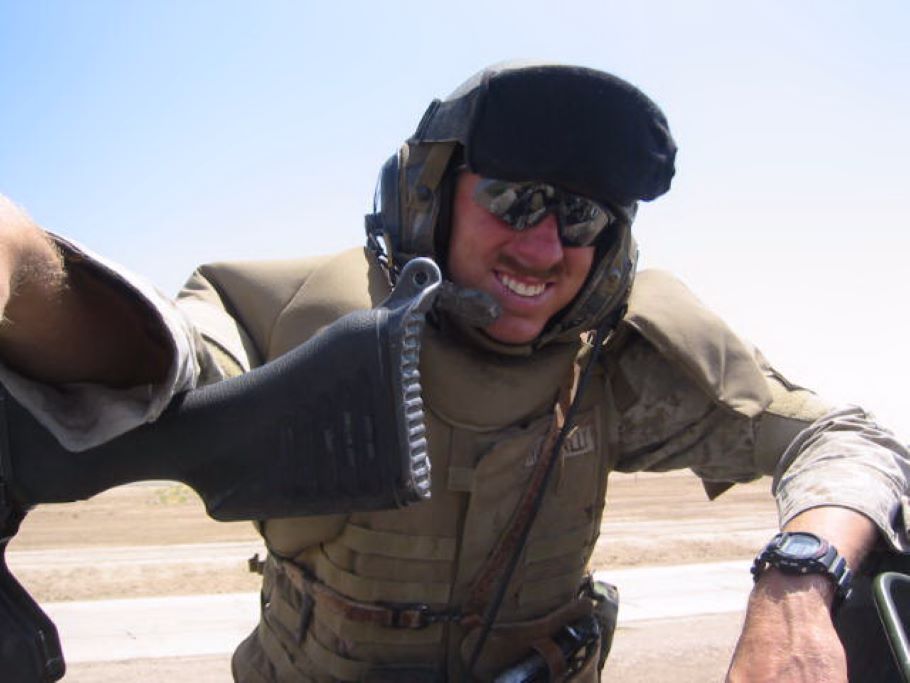 “I have always loved history, and my heroes have always been soldiers. Maybe I watched too many John Wayne movies or read too much Kipling or Churchill as a kid, but I was drawn to the military very early on. This draw combined with a desire to serve my country and challenge myself personally drew me to the Naval Academy, the Marines and finally to the Infantry.”

“I now realize how young my Marines and I were when we were given automatic weapons, the authorization to drop bombs from aircraft and cut loose to accomplish the difficult mission of fighting a counter-insurgency in a country where we neither knew the local language nor truly understood the local culture.

"I remember my platoon escorting General (later Secretary) Mattis into downtown Fallujah for a meeting with a former Iraq General that was running Fallujah while we controlled the area outside. While briefing the general, one of the Marines in my security detail snuck up behind the general and sprayed a cheap-Iraqi cologne, known as ‘Full Metal Jacket’ on the general’s backside. The cologne and special ritual of spraying it on Marines going outside the wire on dangerous missions for protection was a sacred ritual of this unit. To this day, I wonder if Secretary Mattis knows that he was honored with being included in this tradition.”

“I have stayed involved through supporting veteran and military related charities both locally in my community and nationally. Locally, I recently chaired two fundraisers for the Marine Corps Scholarship Foundation, which raised over $2,000,000.00, I serve as a Captain on the Houston Livestock and Rodeo Armed Forces Day Committee, and I chair a local USMC social club called the Tom T. Waugh Society. Nationally, I am a former board member of the Travis Manion Foundation, a former board member of Vets For Freedom and I am currently a board member of the Bar X Project.”

Rolling with the punches

“Veterans are not monolithic; however, I would say generally all veterans bring to the industry the spirit of adapting and overcoming obstacles and of accomplishing missions with little guidance. Whether Marine, Army, Navy or Air Force, all servicemen learn to roll with the punches and to deal with obstacles. Whether with field hands or executives this pays dividends in the energy industry in that veterans are able to quickly adapt to the constantly changing environment of the energy industry.”

“I learned to cope with pressure and to have confidence in my own abilities. Much of being a trial lawyer is coping with the pressure generated by the drive to serve your client and achieve the best success you can under the limitations of the law and the facts. You must be able to make tactical and strategic decisions and deal with the consequences that arise from them quickly and effectively. Leading a small unit in combat and specifically on hundreds of patrols and missions where any mistake or error in judgment by the leader could result in the deaths of either Marines or innocent civilians developed in me both a confidence in my own talents and an ability to deal with pressure that has assisted me enormously in my legal career.”