Selected Washington University in St. Louis because it was close to home and a “great institution.” A Cardinals fan, despite move to Houston. “At first, I didn’t think it was a big deal, because the Cardinals were so good and the Astros were so bad but, now, it seems like the tide could be turning.” 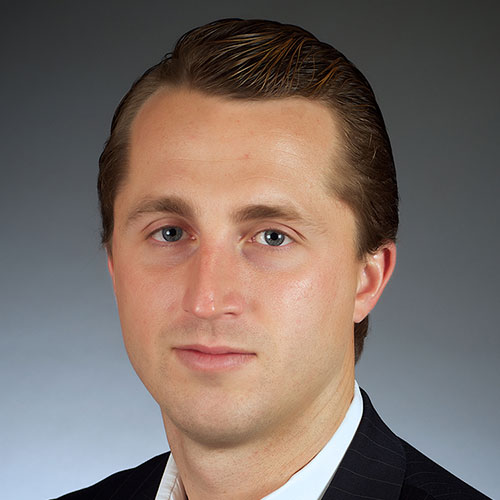 The St. Louis connection: Selected Washington University in St. Louis because it was close to home and a “great institution.” A Cardinals fan, despite move to Houston. “At first, I didn’t think it was a big deal, because the Cardinals were so good and the Astros were so bad but, now, it seems like the tide could be turning.”

Started at Petrie Parkman & Co.: Worked in the Houston office on the M&A side, analyzing deals. “It was a great opportunity to work with and learn alongside extremely talented people.”

Path to I-banking: Through his uncle, Roy Hood. “He has been an incredible role model and sounding board, always willing to listen and provide guidance. He was a founder of Resource Investment Management Co. (Rimco), which grew into a substantial business. He introduced me to the industry when I was finishing my undergrad degree. I was thinking about doing I-banking in New York. He said, Why don’t you look at Houston?”

From E&P to finance: Recently returned to finance after a stint with Juneau Energy. “My background is in finance; I’m a deal guy; I like to source deals and finance those opportunities. That is what I did with Juneau Energy and, previously, with Jefferies Capital Partners.

“When oil crashed in November, the appetite to transact just bottomed out and, even if you did want to transact, the spread was so high, no deals were being done. While at Juneau, we were fortunate we didn’t have any leverage and had a supportive, long-term financial partner In Leucadia National Corp.”

On joining Intrepid: Skip McGee and his partner, Chris Winchenbaugh, formed Intrepid in May. Miller didn’t know McGee, but knew he had worked at First Boston Corp. with Petrie Parkman & Co.’s Jim Parkman and Jon Hughes. “When we heard Skip had left Barclays, everyone was interested in what his plans were and knew it would be something big.” Miller reached out.

“I was aware of Skip’s reputation and thought the merchant- banking platform and strategy were ideal and would be well-received in today’s market. For me, it was a great opportunity to get back to deal- making and apply my background in both banking and private equity. “

Admires: Juneau’s founder, Brad Juneau. “He is probably one of the most successful explorationists I have ever met. He is very thoughtful, quick to make decisions and as honest as they come. When you meet him, you like him. I had worked with him on some transactions back with Jefferies. I recall that, when I first met him, I told my wife about how much I immediately respected and admired him.”

Mentor: George Hutchinson. “He’s a managing director with Leucadia, focused on energy investments. George had been my mentor for almost my entire career. He is an incredible financier and is unbelievably thoughtful, patient and kind.”

First business: Grew up on a lake. When he was 10, a neighbor asked him to mow her yard. “I got paid $20 to mow a lawn. I liked the freedom and responsibility of working for myself. I couldn’t drive yet, so I would use a boat to take the mower to clients’ homes. I would use the tractor to get to those not on the lake.” Over time, grew the business with brother, Alex. Had more than 50 clients when he left for college.

Would like to say of career: “That I made a positive impact in the businesses and people with whom I worked.”

Motto in life: “Be committed, courageous, honest and patient in everything I do.”

Motto in business: “Listen, work hard and have fun.” 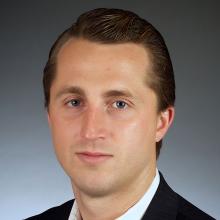