Jud Walker wants to lead EnerVest Operating into a future that maximizes the cutting-edge technology being used in operations today, as well as the information-sharing that E&Ps engage in more and more these days—notably, around technology. Ideally, the future of America’s and the world’s energy will be cheaper, cleaner and ever-more sustainable. “On the oil side, all the way to NGL and the gas side, the country and the world [will] need us for a long time. The byproducts we produce will get cleaner as well. We need to promote more alternative energy sources … but we can’t switch over tomorrow.”

Career path: He began his career as a geologist with Chesapeake Energy Corp. from 2003 to 2009. He joined EnerVest Ltd. in 2009, first as chief geoscience adviser and director of new ventures. From 2012 to 2014, he was senior vice president and general manager of the Permian division and then functional lead for geology through 2016. He became executive vice president and COO of EnerVest Operating in 2016.

Walker has enjoyed geology since a young age. His father would bring him to work. “I met a lot of the folks he worked with; I thought that what [geologists and geophysicists] did was really cool. I coupled my love of the outdoors with my professional career, at least early on.” 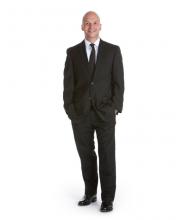