Actively involved in firm’s completion of over $2 billion in transactions; more than 48,000 properties marketed and sold. Has closed divestment mandates with over 1,000 clients. Acts as company’s primary lead contact and negotiator to Chevron, Shell, BP, EnerVest and more.

Career path: Launched his career as an account executive at Corrosion Products of Texas. Later worked at Enron as a sales executive for the Energy Services division, focused on commercial and industrial customers in the Midwest and Western U.S.

Out of the gate: “Looking back now, being young, inexperienced and poor allowed me the freedom to relentlessly run 100 miles per hour to make the company successful without giving much thought to the possibility that selling oil and gas assets via the internet might not work.”

Odds are: Struggled to promote a concept ahead of its time; pitched virtual data rooms and internet bidding “a good decade before it began to catch on, and there was plenty of rejection.” Spurred to prove the pessimists wrong, “we worked doggedly to accomplish those tasks. We like to say we specialize in converting the naysayers to our biggest champions.”

No crystal ball: Rigorously hones his deal instincts, especially when there is only “opaque data” available. “I sometimes describe myself as a reluctant appraiser. The market is ultimately going to determine the value of their assets, but my appraisal is important to their decision to move forward or not.”

The right thing: Experience at Enron taught him “you have to do the right thing day in and day out, no shortcuts. The right choice is usually the hardest choice, but not doing it jeopardizes absolutely everything.”

Be yourself: Solely serious in his early career client interactions, now lets his “weird flag fly a little,” and allows vulnerabilities to show. “The result was I made stronger connections with people and developed a deeper level of trust with my clients.” 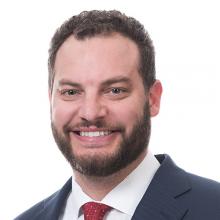