When Carrie Fox was called into one of California Resources Corp.’s (CRC) annual meetings because a board member wanted to meet her, she did not expect to encounter Harold Korell, former CEO and chairman of Southwestern Energy. Korell was her “dad’s first ‘big boss’ at Tenneco Oil and Gas,” and to meet him was “a special moment for me to have my father’s and my professional accomplishments married in his request” to be introduced to her, Fox said.

Earlier than she expected and with 10 years of experience, Fox was promoted to vice president of business development for CRC, the largest, publicly traded oil and gas producer in California, where she proved instrumental in negotiating and closing over $2 billion in deals for the company.

“After four years as an engineer and while working Occidental’s largest discovery in California at the time, I was offered two positions on the same day: one on a newly formed audit team traveling to international assets and reporting to a subcommittee of the board of directors; the other as the manager of California Government Affairs reporting to the Washington, D.C., office.

“I took the latter position and over the next two years demonstrated to a team of lobbyists and attorneys that a person can excel at something other than their academic pedigree.

“By the time I transitioned back to operations, I had experienced a new benchmark of value generation by protecting and enhancing company assets versus my previous experience generating and executing individual well investment decisions. I earned the Occidental Petroleum President’s Award for my contributions to Government Affairs.”

Deal of the year

“When California Resources Corp. spun off from Occidental Petroleum in 2014, I was offered a position in business development. I accepted and led the business development team longer than any other position in my career. I am proud to have negotiated and closed more than $2 billion in transactions while also having our two daughters.

“Learning how to overlay the value proposition of the company with our potential partners’ needs, strategically allocate risk, negotiate definitive documents and limit the organizational burdens of equity investment was critical to our company’s success at the time.

“The proceeds generated from the midstream joint venture with Ares and Development Resources Capital were parlayed into our acquisition of Chevron’s interest at Elk Hills. Together these deals were awarded the S&P Global Platts, Global Energy Award’s ‘Corporate Deal of the Year’ in 2018.”

“One of the most empowering things my parents did was raise me without preconceived limitations to my abilities. To them, I was never just ‘a girl’ or ‘an engineer’ or ‘someone from California,’ but a blank slate: capable of anything, defined by my actions, limited only by a lack of faith, hopefulness, tenacity.”

“[Growing as a leader requires] a commitment to what I call ‘intellectual honesty’ or professional self-reflection. The genesis of the concept began while I was an engineer. As a young engineer I encountered people with a lot of experience on paper but little to show in their approach to problem solving or execution. I realized then the meaning of the question: Does the person have 30 years of experience or one year 30 times?

“I knew achieving the former was only accomplished through a commitment to self-reflection. Each person is the only one that can assess the depth of his or her understanding, and only by asking myself deeper and more difficult questions can I ensure I have as thorough an understanding as possible.

“I gained this insight when I started as an engineer executing operations and modeling reserves, but it grew into something I also practice to better understand team dynamics and my own leadership shortfalls.”

"Each person is the only one that can assess the depth of his or her understanding, and only by asking myself deeper and more difficult questions can I ensure I have as thorough an understanding as possible.” 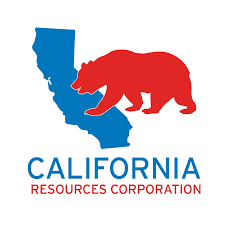