Participation in the execution of more than 50 A&D transactions totaling $30 billion in the last decade. Notable transaction at Citi include Silver Run’s Delaware Basin acquisition of Centennial ($1.6 billion).

From the start: Key player in helping to build Citi’s A&D team—“This is a chance to be a part of something from the beginning.” Acknowledges that while “the novelty of incorporating the expertise of an A&D team within an investment bank has been relatively unsuccessful, Citi is in position to have a long history.”

Team player: Finds that leadership is “easy to learn, but takes a lifetime and varied experiences to fully master.” Approach involves leading by example and “identifying with the individuals on your team and inspiring them.”

Commemoration: Business introduction came during high school and sparked interest in finance and entrepreneurship. Celebrated the life of a close friend and teammate who had passed away by designing a t-shirt for the soccer team, and it evolved into something greater. “It was my first successful business.” All proceeds went to fund a scholarship in his friend’s name.

Competitive edge: Confident of continued success even in the current, “supremely competitive” market for A&D advisory services featuring more than 40 active firms. Feels that “the line between being selected as an advisor and coming in second place has become razor thin.”

Down the road: Privileged to work with extremely talented professionals during career and believes “each one has made a significant positive impact on my development.” Ultimate goal is to one day “run my own oil and gas company—essentially, be on the other side of the table to where I currently am today. I admire many of the young management teams, and believe that is part of my future.” 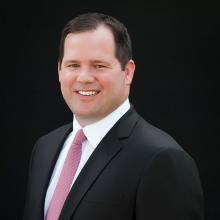