Sixteen-year career in energy I-banking, first with Petrie Parkman & Co., then as a managing director at Bank of America Merrill Lynch, and currently as co- founder of Petrie Partners. Since joining Petrie Parkman in 1999, has completed numerous domestic and international upstream, midstream and downstream corporate and asset valuations while working on more than 100 completed merger, divestiture, JV, restructuring and financing transactions throughout North America, the former Soviet Union, the Middle East, West Africa, South America, Australia and Asia. 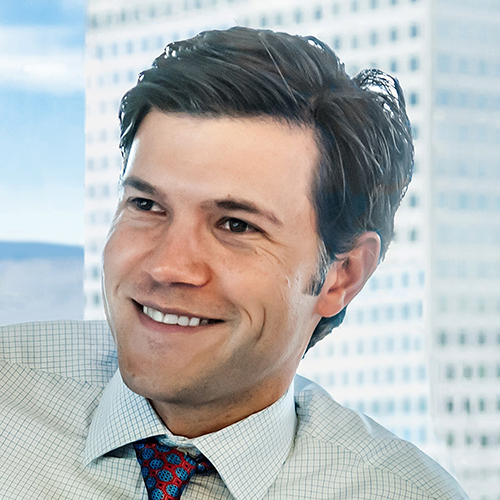 Memorable deal: Vastar Resources Inc. “It was one of the first high-profile situations I was involved in. I was at a very junior level, so it was more about taking in the process, understanding and appreciating all the work and all the time involved. BP Plc owned 80% of the company by virtue of its acquisition of Arco and wanted to buy out the minority. Vastar was a fast-growing company and highly regarded as an explorer. To watch that unfold in 2000, when I had just been in the business a year, was exciting.”

Early but not forgotten: “Another important early deal was in 2001 when Shell made a hostile offer for Barrett Resources. Barrett ended up merging with Williams Cos., but, along the way, I didn’t go back to Houston for two months. We put together a data room and several of the largest energy companies in the world competed against the Shell offer.

“That helped me decide I wanted to do this as a career. It was formidable.”

On choosing Rice: Was interested in a Division I golf program and a strong academic school, and was offered a scholarship. Golf handicap is “right around scratch most of the time. It was a real passion.” He followed several teammates to Petrie Parkman & Co. in 1999: “Tim Carlson is an energy banker still, now at Evercore Partners; and Matt Williamson went to Credit Suisse from Petrie and then transitioned into aerospace and defense in New York and later to healthcare in California.”

Tom Petrie’s model: “He’s dedicated his career to the industry and to learning. He speaks with authority, conviction and without bias. So many industry members rely on him as an insightful, expert source of information.”

Other mentors: Jon Hughes and Randy King. “They also have always been focused on being experts in their business. You need to give clients unbiased, honest feedback and not just tell them what they want to hear. Flying fast and loose is not their style.” 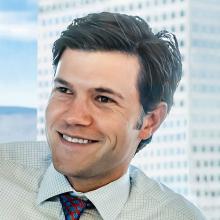