Fortuna Resources quickly built an asset base in the Delaware Basin and sold in two separate transactions in 2016 and 2017. Davis’ second company, TNM Resources LLC, secured a new commitment from Oz Management and is focused on proving up the horizontal San Andres play on the Central Basin Platform while also remaining a Delaware nonop player.

Career path: Before cofounding Fortuna Resources, he worked as a reservoir management team leader at Occidental Petroleum Corp., where he led a multidisciplinary team with an annual capital budget that exceeded $200 million. He entered the oil and gas industry as a petroleum engineer, spending most of his career working both the Permian Basin and Middle East.

Leadership philosophy: A leader’s job is to set a vision and to exploit the strengths of team members to fulfill that vision. “An effective team is built around many individuals’ combined strengths and not just one person.”

On industry: “When I first started my career, the consensus was that U.S production was on decline and would remain on decline; it was never imaginable that the U.S. would be exporting both oil and LNG today. U.S. production increased from 5 million barrels per day in 2004 to over 9 million barrels per day today. The industry is constantly evolving and solving solutions to help increase production output to meet the energy demands of society.”

Then and now: “My short-term goal is to prove that the Permian Basin’s horizontal San Andres play has economics that compete in the top quartile in onshore U.S. My long-term goal is to continue building oil and gas companies while also mentoring and helping develop additional entrepreneurs inside and outside of the energy space.” 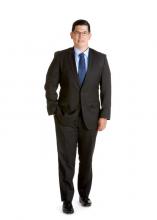