I read recently that energy and politics have always endured a love/hate relationship. I can’t say I disagree.

During the previous administration, it was more the latter. The Obama era, and its endless array of regulations, were anything but pro-business, repeatedly hindering an industry that was making strides to better its environmental footprint and strengthen the nation’s continuously feeble domestic economy on its own, without cumbersome interference.

Nobody believes we should live in a world without regulations. They’re needed, even wanted, and they help make certain America’s energy producers are doing their job at the highest environmentally friendly way possible. But under the Obama administration, overregulation became an epidemic.

That’s an economy-killing legacy the President Trump will not follow.

The Trump administration, paired with ongoing production cuts from OPEC to stabilize the price of crude, and a Republican-dominated Congress, will usher in a new era of American energy, one where domestic policy will encourage rather than inhibit U.S. production.

I am hopeful that our government, like others around the world, will figure out how to adequately balance robust energy policy with environmental considerations, as our new president has promised.

In the meantime, there are sure to be twists, turns and even a little bit of drama. That’s fine, in fact, it’s even expected and welcomed—provided we end with some direly-needed, well-balanced solutions.

The question is: What should those solutions be?

Let’s look at what he’s done so far.

As expected, his first course of action was signing off on a series of much-needed executive actions, or rolling back ones that he inherited from President Obama. First, he resurrected and then approved the Keystone XL pipeline that had stirred years of debate under his predecessor. Then, President Trump expedited the Dakota Access pipeline, which had become an unnecessary political flash point.

Studies show that transporting energy via pipeline is 4.5 times safer than moving the same volume across the same distance by other means, and 99.999 percent of resources moved through pipelines safely reach their destination. Fewer pipelines also means more vehicular traffic, which increases air emissions and the chances of an accident or spill. Thanks to pipeline upgrades and increases in the use of cleaner-burning natural gas, carbon emissions from electricity generation are at their lowest points in decades.

These are facts not lost on the new administration, which has made the expansion and improvement of America’s aging infrastructure—both crumbling roads and bridges along with corroding energy-related structures like pipelines and transmission lines—must-do’s in the years ahead, to help fortify public safety and lower consumer energy costs.

President Trump also signed a directive ordering an end to protracted environmental reviews. This is the first step in what many are hoping will be a complete restoration of a regulatory review and approval process that grew stubbornly adversarial under the Obama administration. That’s because, in recent years, the industry has experienced endless delays in the approval or denial of critical, expensive, infrastructure proposals, especially for projects on federal lands. Among what we believe should be one of the president’s chief priorities, is increased encouragement of federal agencies to create a process that promotes due diligence, accountability, streamlining, and prompt decision-making.

And as of late March, the administration issued an executive order to rescind the burdensome Clean Power Plan and undo regulations with the intent of bolstering domestic energy production. By addressing this plan and its radical restructuring of the U.S. electricity grid and generation fleet, the administration will spare utilities and ratepayers the burden and cost of creating compliance plans for a rule, which has a good chance of being invalidated in the courts.

While the initiatives outlined above will help set the pace of Trump’s energy strategy for the next four years and are relatively straightforward to implement or rollback, it’ll take more than 100 days to accomplish the remaining items on the administration’s energy policy task list.

Executive actions outside of the notice and comment rulemakings can be quick and easy to greenlight, for the most part. Unfortunately, fine-tuning policy through legislation is not. It takes time to research and draft bills, run them through the committee process, build consensus and secure congressional passage.

The good news is that there is a strong appetite for robust changes on domestic energy policy—not just in the White House and in Congress, but in many cases, at the state level, where Republicans also hold a majority of state capitals.

The desire to regain access to closed-off portions of onshore and offshore resources, like those in onshore Alaska, the U.S. Arctic, Gulf of Mexico and along the Atlantic Ocean, is significant. So, too, is the urgency to keep royalties at a level that’s both reasonable and encourages exploration.

We also need to preserve our ability to obtain right-of-ways for critical infrastructure, especially as non-governmental organizations (NGOs), with increased intensity, are targeting possible eminent domain disputes and are partnering with landowners to challenge energy projects. We need to avoid such divisions and allow projects to be built, while at the same time addressing concerns of landowners and critical stakeholders. We also need to avoid politicizing the Federal Energy Regulatory Commission. It’s an absolutely vital agency that determines the public need for projects critical to our energy system.

Also critical to our energy system is common-sense ocean policies that do not needlessly discourage economic development. The National Ocean Policy created by executive order in 2010 is a misguided instrument that’s been weaponized to zone and lock up large areas that contain important resources. It needs to be replaced with policies that champion multiple-use activities and recognize the need of all oceans users and stakeholders.

Currently, Congress continues the process of crafting resolutions to overturn excessive regulations that were issued in the final months of the previous administration. While these resolutions can put an end to harmful regulations and help clear up regulatory confusion, it’s also important that Congress examine ways to reform the regulatory structure over the long-term.

The tax code is another absolutely critical part of the energy policy mix that translates to the competitiveness of the U.S. energy industry. Tax incentives help stimulate exploration and the buildout of related infrastructure and must be maintained and strengthened. As one example, and to encourage innovation, we need to continue to allow businesses to recover their expenses for drilling costs and new technology. We also need to continue to fund valuable research, through public/private partnerships, like the Research Partnership to Secure Energy for America, that bring our universities together with industry and our national laboratories to perform critical research that leads to the commercialization of technologies, enhancements that increase efficiencies as well as improvements to health, safety, and the environment.

Many of these solutions are no-brainers. At this unique and critical juncture, it is vital that we seize the moment to establish policies that will benefit our nation for decades and generations to come.

Legislation and regulations that carefully and sufficiently balance economic growth with environmental safeguards are desperately needed. Let’s hope that Congress and the new administration can take the actions necessary to restore a fair regulatory environment that America’s energy users and consumers so deserve. 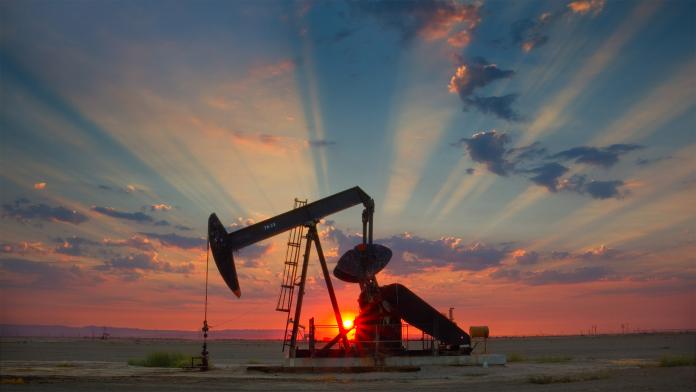 ConocoPhillips, which operates the field, is making adjustments to its gas distribution during the shutdown, SKK Migas said in a statement to Reuters.