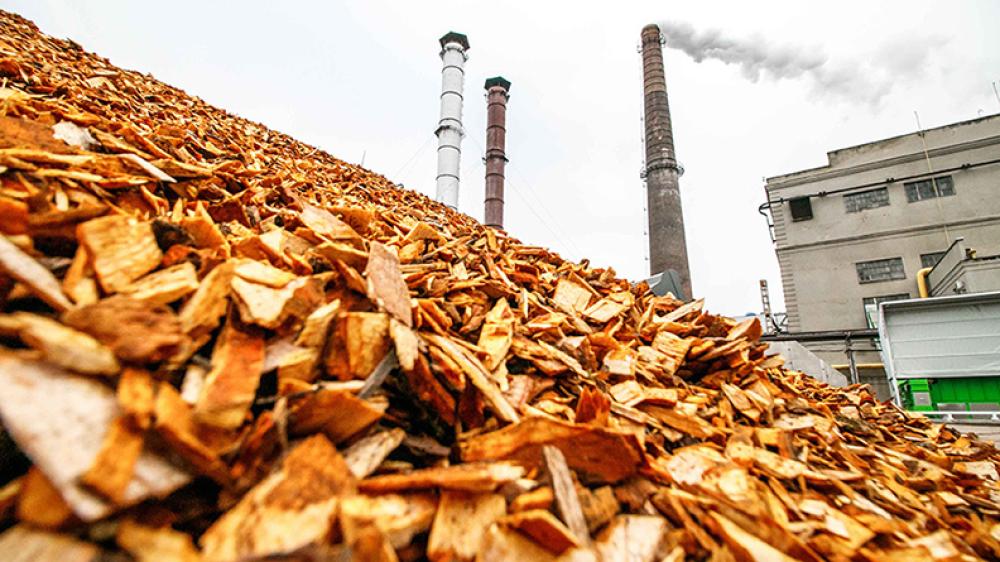 Editor's note: Opinions of Hart Energy contributors and columnists are their own.

When Thomas Edison established his Pearl Street power plant in New York City in 1892, he used coal for fuel, not wood. Wood fuel could not compete with the cost of coal in 1892 and it still can’t today. Nevertheless, burning of biomass is widely regarded as sustainable and promoted as a solution for climate change, especially in Europe.

Today, Europe produces about 17% of its energy and 29% of its electricity from renewable sources. Biomass accounts for about 19% of the electricity generated from renewables. Since 2000, Europe’s biomass consumption for energy production is up 84%.

For example, biomass fuel produced 18% of Denmark’s electricity in 2017. For the last two decades, Denmark has been reducing coal-fired power plant output and adding biomass-powered plants. Since 2000, Denmark’s use of coal fuel for electricity has decreased 63%. But the use of biomass fuel for electricity in Denmark increased by a factor of five, almost exactly replacing the decline in coal output. About three-quarters of the biomass consumed by Denmark is wood, with most of it imported.

But the “sustainability” of biomass is questionable, despite the childish notion that if you grow it, it must be sustainable. Burning wood emits more carbon dioxide (CO2) than burning coal.

Despite these well-known numbers, neither the U.S. Environmental Protection Agency (EPA) nor the European Commission (EC) count emissions from power plants that burn wood. The EPA stated in 2009, “The CO2 emitted from biomass-based fuels combustion does not increase atmospheric CO2 concentrations, assuming the biogenic carbon emitted is offset by the uptake of CO2 resulting from the growth of new biomass.” In 2007, the EC ruled, “Biomass is considered as CO2 neutral. An emission factor of 0 shall be applied to biomass.”

The idea that burning wood is “carbon neutral” originated from the 1996 Greenhouse Gas Inventory paper from the Intergovernmental Panel on Climate Change (IPCC) of the United Nations. The IPCC assumed that, as trees grow, they absorb CO2 equal to the amount released when burned in a biomass-fired power plant. If correct, substitution of wood for coal would reduce net emissions.

But a 2011 opinion by the European Environment Agency described a “serious error” in greenhouse gas accounting. The carbon neutral assumption doesn’t account for CO2 absorbed by vegetation that grows naturally on land not used for biofuel production. In addition, forests cut down to provide wood chips for power plants immediately release large quantities of carbon dioxide, but decades of tree regrowth are required to reabsorb released CO2. Substitution of wood for coal in electrical power plants is actually increasing carbon dioxide emissions.

As a result, the emissions numbers reported by Europe are wrong. Eurostat reports that Europe’s greenhouse gas emissions declined 16% from 2000 to 2016, but emissions from plants burning biomass and emissions from vehicular biofuels aren’t counted. European nations won’t face this obvious biomass emissions error, because without biomass, already difficult climate targets would become impossible to meet.

As a fuel, wood contains less energy and is more expensive than coal or natural gas. According to the American Physical Society, coal produces about 46% more energy per ton than wood. Since wood is less dense than coal, more than twice the volume of wood is required to produce the same electrical output.

In the United States, biomass plants are not doing well. Aided by subsidies and the “carbon neutral” classification, the number of US biomass power plants almost doubled between 2003 and 2016, from 485 to 760. But in 2017, only 1.1% of US electricity was generated by biomass fuel.

In the last few years, many of these wood-burning plants have been idled. In California, 27% of biomass capacity is offline. Biomass generation declined in 17 states from 2013 to 2017, because burning wood is expensive compared to traditional power plants and other renewable generators.

One of the largest industrial emitters of carbon dioxide in Europe is the Drax power plant in North Yorkshire, England. The Drax plant produces 3,900 megawatts of electricity, about 6% of the UK’s electricity supply. This formerly coal-fired station consumed 36,000 metric tons of coal per day delivered by 35 coal trains each day.

In the name of cutting CO2 emissions, four of the six Drax generating stations were converted to burn wood chips over the last seven years at a cost of $1 billion. Hailed as “the biggest decarbonization project in Europe,” this facility now consumes about 9 million tons of wood pellets per year, shipped 3,000 miles from the U.S. and Canada.

An estimated 4,600 square miles of forest are needed to feed the voracious Drax plant, with acres of forest felled each day. Replanted trees will take half a century to regrow. Despite the decarbonization claims, the CO2 emitted from the Drax plant is far greater today than when coal fuel was burned.

Burning wood for electricity is just one more foolish policy in the “fight” against global warming.

Steve Goreham is a speaker on the environment, business, and public policy and author of Outside the Green Box: Rethinking Sustainable Development.

Originally published in The Western Journal.