Williams Cos. Inc. has informed Energy Transfer Equity LP (ETE) that it is open to considering a new offer that would amend terms of its $20 billion sale to its larger U.S pipeline peer in an effort to end a stalemate between the companies, according to people familiar with the matter.

Energy Transfer's proposed acquisition of Williams has been in doubt for months, with Williams alleging that Energy Transfer has been actively trying to break the deal as ETE has unveiled numerous issues with the tie-up. The two companies are suing each other.

Williams' latest tactical move aims to test ETE's statement earlier this month that it would consider restructuring the deal. Low oil prices have soured the original appeal of the tie-up and prompted ETE to say it cannot close the deal in its current form due to a tax issue, fueling the legal dispute.

Tulsa, Okla.-based Williams would consider a proposal that would replace the $6 billion cash portion of the deal with shares in the acquisition vehicle that Energy Transfer will set up for the deal, the people said this week.

Representatives of both companies declined to comment. The sources could not speak for attribution because the communication between Williams and Energy Transfer is not public.

Williams has notified ETE on several occasions that, should the latter make a revised proposal, it would consider it, the people said. However, Williams has also made clear it would be willing to stick to the terms of their existing merger agreement.

Amending the merger agreement to an all-stock deal would be much more dilutive than the current cash-and-stock bid to ETE's shareholders, including the company's CEO, Dallas billionaire Kelcy Warren.

Warren set his sights on Williams in 2015 to transform his business into one of the world's biggest pipeline networks, launching an unsolicited bid in June and reaching a deal in September that was then worth $33 billion.

The larger scale of the combined company was meant to create more stability for both companies as they contend with a lower oil price environment.

But the deal's progress has slowed, with Williams suing Energy Transfer over its refusal to close the deal, and ETE arguing that tax issues prevent them from completing the transaction.

"Absent a substantial restructuring of this transaction, which Energy Transfer has been very willing and actually desiring to do, absent that, we don't have a deal," Warren said on an ETE earnings call in early May.

He said then that ETE would be open to a deal that would remove the cash portion of its cash-and-stock offer for Williams.

But time is running out for renegotiations. The two sides are set to face off in Delaware's chancery court on June 20 over the tax issues that ETE claims are hobbling the deal, as well as claims by both companies that the other has broken their contact.

Williams shareholders are scheduled to vote on the deal on June 27. Under the current terms, the merger has to close by June 28 or the agreement expires.

Williams shareholders are entitled to 1.5274 shares of Energy Transfer Corp.--a new company created for the deal--and a cash payment of $8 per share under existing terms. This ratio has not changed since the deal was struck, but the fixed cash portion has become more important as oil price fluctuations have wreaked havoc on pipeline company stocks.

In order to meet the deal value at May 27's share prices, ETE would need to give Williams shareholders more than 2.2 ETC shares for each share they own.

Energy Transfer has made clear it believes the deal has become less attractive. It slashed its estimates for expected cost savings and said it plans to cut distributions to shareholders entirely next year if it has to complete the deal. It also said it will have to cut jobs substantially in Williams' home state of Oklahoma.

Williams has been determined to push ahead, attracted by the same $6 billion cash component Energy Transfer argues is weighing down the deal. 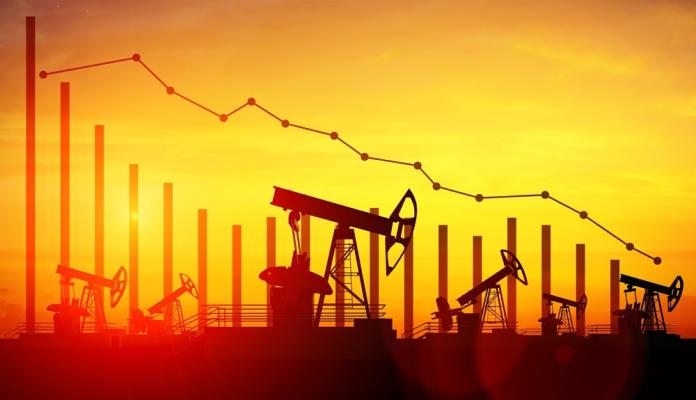 Hedge Protection Good For Some, Not For Others

“Equinor is in a strong position to handle market volatility and uncertainty,” CFO Lars Christian Bacher said in a statement on April 1.

The 2020 Offshore Technology Conference has been canceled by the OTC board of directors due to the continued health and travel concerns surrounding the coronavirus pandemic.