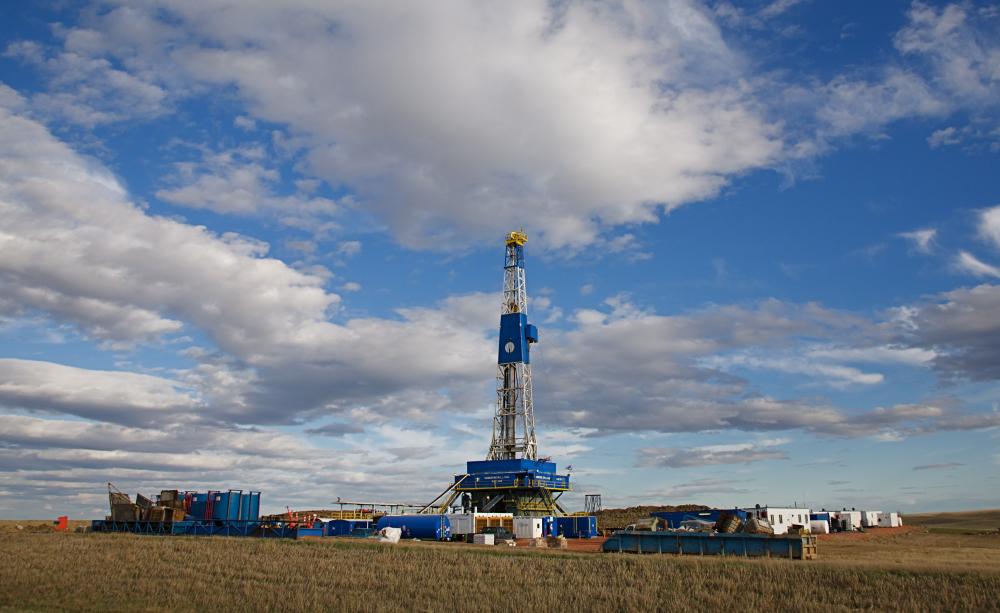 Oil executive Bill Kent was with fellow managers in the Colorado board room of Resource Energy headquarters on April 20 when benchmark U.S. crude prices collapsed to minus $37 a barrel (bbl). Sitting six feet apart because of the coronavirus, they knew the pandemic was not only a personal matter.

It was also a business concern.

“As we were sitting around the board room watching what was happening with prices, it was like watching a train wreck,” said Kent, vice president of engineering and operations at Resource Energy, backed by private equity giant Apollo Global Management.

With businesses locked down and billions of people staying at home, demand for oil to fuel cars, planes and industry has dropped around 30% worldwide. The resulting supply glut has pushed U.S. crude prices well below production costs, forcing companies to start winding down operations. Producers are shutting down the higher-cost output first—and those are also the operations likely to stay shut the longest.

The Resource Energy team’s discussion turned to the remote Bakken shale region in North Dakota where the company, a relatively small producer, operates. Costs of extracting are some of the highest in the United States. So are the costs of transporting due to limited storage and the distance to refineries and consuming centers.

Oil producers in the Bakken, which sprawls across North Dakota and eastern Montana, on average break even at $46.54/bbl, according to an analysis by Deutsche Bank. That is well above the around $40/bbl in the Permian basin, the largest U.S. shale field.

The team at Resource Energy realized they would need to consider shutting down the remaining 20% of output still operating in the Bakken shale region, Kent said. North Dakota, second only to Texas in oil output among U.S. states, was taking a big hit. In just one day in late April, some 60,000 barrels per day (bbl/d) were shut in the state.

Output has dropped by at least 400,000 bbl/d since March 1, nearly a third of the state’s around 1.4 million bbl/d output before the crisis. State officials expect the volume shut in to rise further.

Continental on average produced about 188,000 barrels of oil equivalent per day (boe/d) in North Dakota Bakken during fourth quarter 2019, with about 1,540 net producing wells as of year end, according to company data. Other large producers in the state were also shutting down. Oasis Petroleum was halting all drilling in the Bakken, where it pumped about 80,000 boe/d at the end of 2019.

Hess Corp. said it expected to halt drilling on five of its six rigs in the Bakken by the end of May.

A week before Hess disclosed the reduction publicly on March 17, shale pioneer John Hess called U.S. Senator Kevin Cramer of North Dakota to inform him of the cuts.

“I was in the Marble Room just off the Senate floor and he was very blunt ... The gravity of what was happening was really clear in his voice and his demeanor,” Cramer told Reuters.

This downturn stands out from previous ones and could affect debt-laden drillers in North Dakota more then those in other states, he said. “This time it seems worse than ever because it’s such a dramatic drop in such a fast time.”

Whiting, once the largest oil producer in North Dakota, has declared bankruptcy while smaller producers that operate in the Bakken such as Bruin E&P Partners, backed by private equity firm ArcLight Capital, have hired restructuring advisers, sources said.

Whiting and Bruin did not respond to requests for comment.

Oilfield services company Canary LLC, which has operations in the Bakken region, has had to furlough more than half of its workers since the oil downturn, CEO Dan Eberhart said.

“That’s a tough call when you know those layoffs are going to ripple through the local community and affect everyone,” Eberhart said. “All we can do is keep as many people on payroll as possible and ride out the storm.”

Independent producers in numerous states, including North Dakota, are pressing regulators to declare their production “economic waste.” That would allow producers to close wells without violating lease agreements. Two days after the price crash, Oklahoma’s energy regulator said that oil producers could close wells without losing their leases.

Resource Energy, which pumped about 5,000 bbl/d before shutdowns, had held off closing the remaining producing fifth of its wells on leased land where the company is required to keep pumping oil or lose its leases.

The company is now waiting for a North Dakota regulators’ ruling that would allow it to shut-in those wells and still maintain leases, Kent said.

North Dakota’s Industrial Commission said it would consider whether to declare certain output uneconomic, thus freeing companies of their lease obligations, but not until a meeting in late May.

Several producers interviewed by Reuters said they were considering the legality of declaring “force majeure”, a clause usually reserved for wars, natural disasters or accidents that prevent a company from fulfilling contracts for reasons beyond its control. Continental became the first to do this last month, surprising shippers and refiners.

Operators have stopped working with half the rigs that were in the state in late March, according to energy information provider Enverus. Oil producers and the service industries that depend on them are both cutting jobs.

For a state like North Dakota, where oil and gas is a top industry, the downturn affects all aspects of life.

Frederick Lawrence, vice president of economics and international affairs at the Independent Petroleum Association of America, said at least 2,200 jobs already had been lost in the state, and he expected thousands more could go.

“It started as just a temporary downswing but it's the downswing that never really stopped,” said oilfield services worker Nils MacArthur. He is thinking of leaving the industry after more than 20 years in oil.

“I don’t really have control over this anymore,” he said. “If this is an act of God, maybe I need to find another career because I guess God’s had enough of the oilfield.”

US Added Over 31 Gigawatts Of Electric Generating Capacity in 2018, Largest In 15 Years: EIA

More than 60%of the 6.6-gigawatts of wind capacity that came online in 2018 was installed in Texas, Iowa, and Oklahoma.