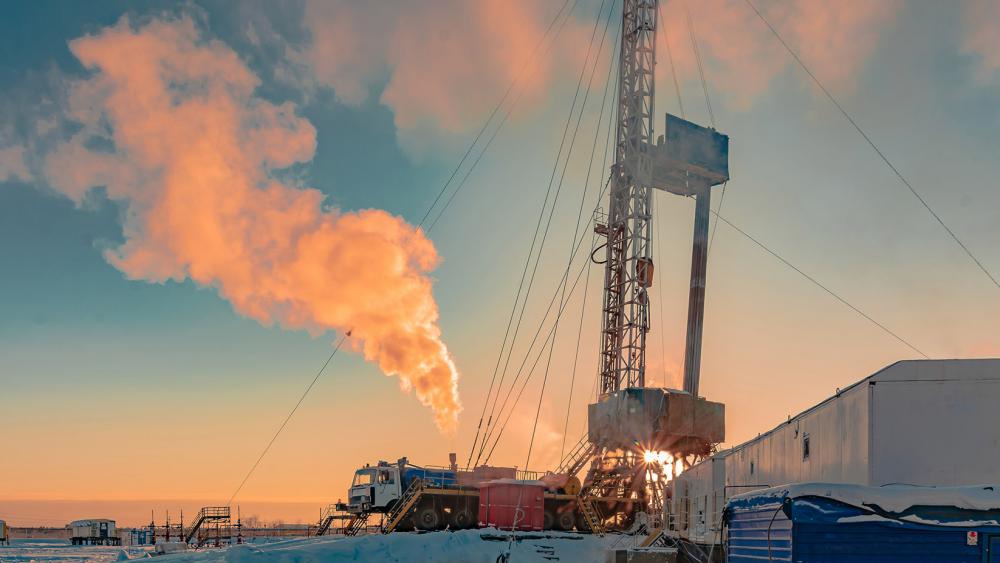 Drilling in Alaska north of the Arctic Circle. (Source: Shutterstock.com)

Banks and investment managers have been backing away from fossil-fuel development in the face of worsening climate change and pressure from activists, even as the United States has boosted oil and gas production to record levels.

Wells Fargo & Co. said on March 2 that it does not “directly” fund oil and gas projects in the Arctic region, and has not done so since 2018. The bank had hinted at that decision in previous statements about improving business practices but had not mentioned Arctic drilling specifically.

These moves come even as President Donald Trump’s administration has reduced environmental protection provisions over the last three years and is moving forward with planned lease sales in the Arctic National Wildlife Refuge (ANWR).

The 19-million acre refuge was off-limits to drilling for decades until 2017 legislation that authorized opening it to oil and gas exploration. However, Native groups representing those who live adjacent to ANWR have been fighting its development.

Bernadette Demientieff, executive director of the Gwich’in Steering Committee, which represents Athabascan groups that live in an area spanning the southern edge of ANWR and across the border in Canada, said the campaign to get banks to withhold investment has been going on for two years, and will continue.

Alaskan oil production has dwindled in the last three decades, as the expansion in U.S. drilling in recent years has come from shale plays in Texas, North Dakota and other states. The state currently produces roughly 500,000 bbl/d of crude oil, down from more than 2 million bbl/d in 1988, according to U.S. Energy Department figures.

Republican Gov. Mike Dunleavy’s office did not respond to requests for comment, but he has sharply criticized the moves by banks in the past, saying Alaskans shouldn’t do business with those institutions. State legislators echoed those comments March 2 in the state capital of Juneau.

“Wells Fargo, unlike some of the megabanks such as Goldman Sachs, has extensive business operations in Alaska,” said Republican Rep. Bart LeBon. “They have an obligation to support the community activities and the business activities of their customers within a marketplace.”

Most of Alaska’s oil production takes place on state land in the central North Slope, west of ANWR.