U.S. energy firms reduced the number of oil rigs operating for the first time in three weeks as producers follow through on plans to slash spending on new drilling for a second consecutive year in 2020.

Drillers cut one oil rig in the week to Jan. 31, bringing down the total count to 675, energy services firm Baker Hughes Co. said in its weekly report. In the same week a year ago, there were 847 active rigs.

In January, the rig count declined for the 13th time in the past 14 months following an increase in December.

The oil rig count, an early indicator of future output, dropped in 2019 after rising in 2018 as independent E&P companies cut spending on new drilling after shareholders sought better financial returns in a low energy price environment.

Even though the number of rigs drilling new wells fell last year, U.S. oil output continues to increase. The pace of that production growth, however, is expected to slow.

U.S. crude futures traded at about $51 per barrel on Jan. 31, putting the front-month on track for a fourth straight weekly loss on mounting worries about economic damage from the coronavirus that has spread from China to around 20 countries. 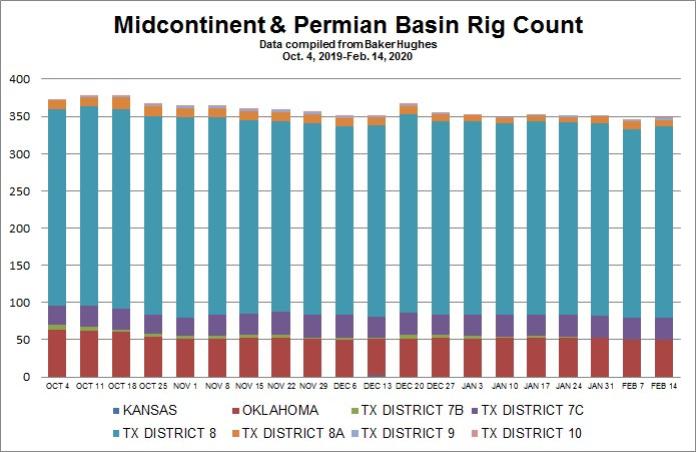