The agency also expects U.S. petroleum and other liquid fuel consumption to drop 2 million bbl/d to 18.46 million bbl/d in 2020, a slightly smaller decline than its previous forecast for a drop of 2.12 million bbl/d.

Oil prices collapsed this year as the coronavirus pandemic slammed global demand and restricted travel across the world.

However, consumption worldwide, including Asia, has started to recover as some countries ease lockdowns and stay-at-home orders.

Global demand for petroleum and liquid fuels averaged about 93.4 million bbl/d in July, the EIA said. Demand was down 9.1 million bbl/d from a year earlier but it was up from an average of 85 million bbl/d during the second quarter, the agency said.

The crash in prices also prompted U.S. oil producers to slash new drilling activity and curtail production from existing wells. The EIA said U.S. production curtailments were more extensive than estimated for its previous month's report, leading to the revision this month. 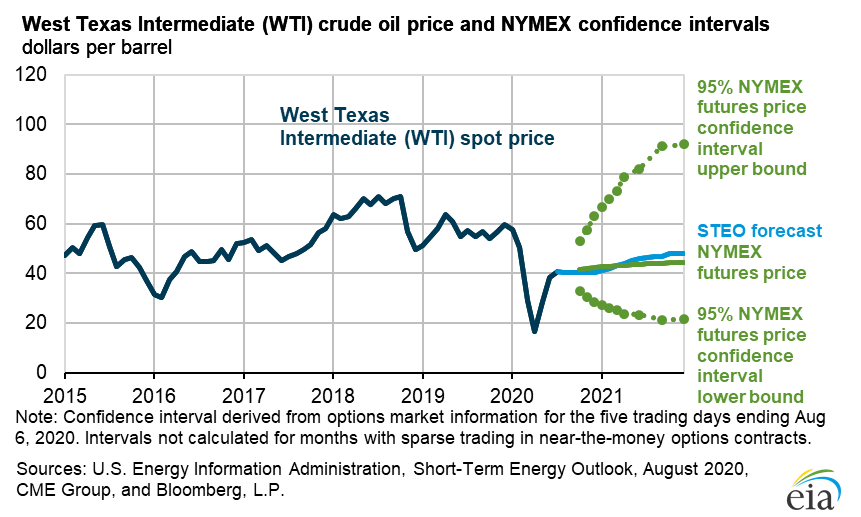