Among vineyards and cow pastures in East Texas last month, roughnecks started to drill in an oil field that is 25 years past its production peak.

In the limestone and clay Austin Chalk formation, which stretches across south Texas into central Louisiana, WildHorse is among a growing group of U.S. producers opening a new front in the nation's energy revolution.

"The application of new technology to older plays is a winning bet," Drew Cozby, WildHorse's CFO, said in an interview.

After shale producers pushed U.S. oil and gas output to all-time highs, some are now taking what they have learned to fields that until recently were considered played out.

If they are successful, the U.S. energy boom could find another gear as producers find profitable ways to extract the billions of barrels of oil remaining in older fields.

Production from the Austin Chalk jumped to 57,000 barrels per day (bbl/d) last year from 3,000 bbl/d five years ago and up 50% from the previous year, according to consultancy Wood Mackenzie, which expects rapid production gains to continue.

The number of drilling rigs in the Austin Chalk has doubled in the past six months to 14, according to data from energy researcher DrillingInfo.

Other non-shale plays getting fresh attention include the Meramec in Oklahoma and the Central Basin Platform in Texas.

In the Central Basin Platform in the Permian oil field, smaller producers such as Ring Energy Inc. (AMEX: REI) have begun investing heavily, hoping to rejuvenate an area that first produced nearly a century ago. There is no publicly available data on Meramec and Central Basin's total production.

Many of the tools developed to unlock vast shale reserves are working in these different geological settings—including longer wells, steerable drilling technology, complex mixtures of sand and chemicals and the hydraulic fracturing of bedrock.

"These fringe areas, like the Austin Chalk, could be the next big thing," said Bernadette Johnson of DrillingInfo.

Even without innovations such as those under way in the Austin Chalk, the government predicts nearly 12 million bbl/d by late next year.

"This is something that people haven't baked into the supply side yet," said Jeremy Gottlieb, who has helped finance companies bringing shale technology to inexpensive, older fields. "This is going to take people by surprise."

Wildcatters first pumped oil from the Austin Chalk nearly a century ago, but output reached its peak in the early 1990s even though the formation still contains about a billion barrels of crude, according to U.S. government's Geological Survey.

That is not unusual. Oil producers have historically extracted less than half the oil from any particular field because the rest has not been accessible at a profit.

That is changing in fields like the Austin Chalk.

Based on test wells and modeling techniques, ConocoPhillips believes long, horizontal wells with multiple fracks will deliver strong results from its acreage in the Austin Chalk.

"What we were seeing with some of the newer technologies work really well in the Austin Chalk," ConocoPhillips CEO Ryan Lance told Reuters.

Some wells they have fracked in the Austin Chalk have produced more prolifically than shale wells. WildHorse's newer Austin Chalk wells produced more than three times the initial output of wells at the Eagle Ford Shale field, the company said this month.

EOG also said an Austin Chalk well it drilled this year in Texas produced nearly 3,000 bbl/d in its first month, more than twice the first-month rate of a shale well it had completed in the Permian during the same period.

The field's proximity to Gulf Coast refiners and export ports make it that much more attractive, she said. Rising oil prices have also increase the number of potentially profitable plays.

Some portions of the Austin Chalk also sit on top of the Eagle Ford Shale field, allowing drillers to potential extract oil from multiple layers and types of rock.

"It's a stacked play," said Johnson, of DrillingInfo.

Land is still cheap in the formation, which has helped lure more producers. ConocoPhillips leased its land for less than $5,000 an acre. That compares with as much as $75,000 an acre in the Permian Basin in West Texas and New Mexico, the center of U.S. shale drilling and its largest oil field.

About 350 Austin Chalk drilling permits were approved in the last 16 months, a nearly four-fold increase from the previous 16-month period, according to DrillingInfo.

Analysts say they expect more activity to spread to the Louisiana portion of the play. There are 3,500 Austin Chalk horizontal wells in Texas, but only 32 in Louisiana, according to Wood Mackenzie.

Louisiana is counting on the Austin Chalk developments to revive the state's declining oil output, which fell 11% last year to 40.4 million barrels, the lowest level since 1945.

That might stop the drain of oil workers to Texas, said Gifford Briggs, head of the Louisiana Oil and Gas Association, an industry trade group.

Oil industry employment in the state fell 4% in the past year despite a rise in commodity prices, largely due to workers leaving to develop Texas shale fields, according to U.S. government data.

"It's an opportunity for some of our workers to stay in state," Briggs said. 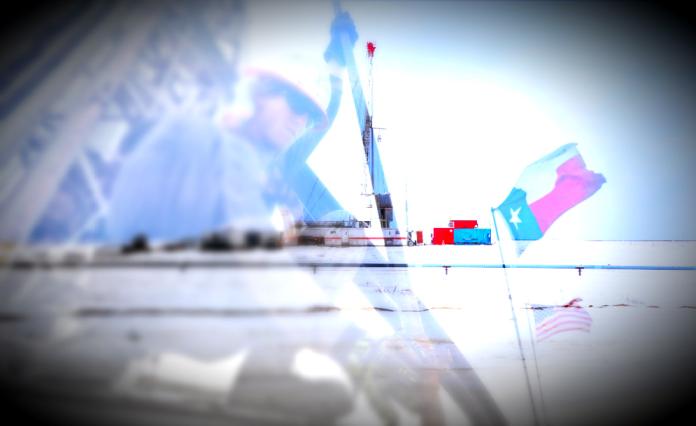 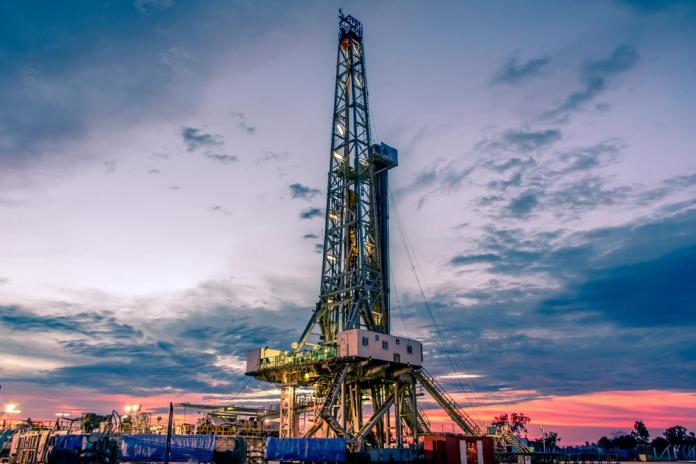