A group backed by anonymous donors launched a campaign on Sept. 30 to promote the benefits of cheap, abundant natural gas against what it called "radical" proposals like the Green New Deal that would phase out use of the fossil fuel.

The Empowerment Alliance, or TEA, will fund advertising and research to advocate the use of natural gas, which burns cleaner than coal, in the run up to the U.S. presidential election in November of 2020, Terry Holt, a spokesman for the group, said on Monday.

Most of Republican President Donald Trump's challengers for the White House are pursuing aggressive policies to fight climate change.

The nonprofit group would not disclose its donors, saying they prefer to remain anonymous because of fears they will be harassed by environmental activists. The group also declined to comment on its budget.

Holt said, however, he expected his group's budget would be smaller than those of anti-fossil fuel organizations funded by billionaire activists like former New York City Mayor Michael Bloomberg and Democratic presidential hopeful Tom Steyer that advocate for a transition away from gas, oil and coal.

TEA's launch comes as environmentalists and some Democratic presidential candidates have called for urgent measures to reduce the nation's reliance on natural gas, and move more quickly to renewable resources like solar and wind power. Several U.S. cities and states are also looking into ways of curbing natural gas consumption.

The Green New Deal, a nonbinding resolution introduced by two Democrats in the U.S. Congress earlier this year, calls for a 10-year, government-driven effort for the United States to move away from carbon-emitting fossil fuels through investments in clean energy.

The resolution has become a political target of Republicans who call the plan radical and too expensive.

In its statement, TEA said such a policy would devastate the U.S. economy. Natural gas plants, the group argued, save consumers money and are helping to lower carbon emissions by replacing dirtier coal-fired generators.

Saudi Arabia is taking unprecedented action in delaying the release of its international crude selling prices by five days, a senior Saudi source familiar with the matter said on April 5, as the kingdom and other major producers seek to halt the free-fall in worldwide crude prices.

Even with output cuts of 10 million bbl/d, the equivalent of 10% of global supply, oil inventories would still rise by 15 million bbl/d in the second quarter, IEA’s Fatih Birol says. 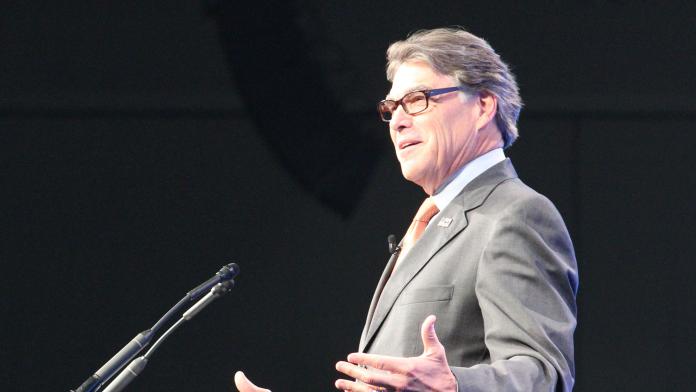 The group wants former Energy Secretary Rick Perry to argue for sanctions against the Saudis and Russia.