The U.S. Coast Guard said April 12 it had shut a 10-mile (16.1 km) stretch of the Mississippi River in downtown New Orleans after a vessel spilled oil into the river.

New Orleans, which sits near the mouth of the Mississippi, is an important transit point for energy, metals and agriculture commodities moving to overseas and domestic markets. Vessel traffic was halted between mile markers 91 and 101, the Coast Guard said.

No injuries were reported.

The closing stalled 12 commercial vessels on the river, according to Coast Guard Chief Petty Officer Third Class Travis Magee. It was unclear when that stretch of the waterway would be reopened, he said.

The Singapore-flagged vessel Pac Antares, which was carrying silicon manganese, hit a pier, causing the vessel's diesel fuel to spill, a Coast Guard spokeswoman said. Authorities earlier had warned of strong river currents in the area due to spring snow melt.

Federal and state authorities were responding to the spill. The Pac Antares was moored at Nashville Avenue Wharf in New Orleans and the leak has been plugged, the maritime military service said.

Talos Energy appointed Robert “Bob” Abendschein to head its operations as Stephen E. Heitzman, COO and one of the founders of the offshore focused E&P, resigns. 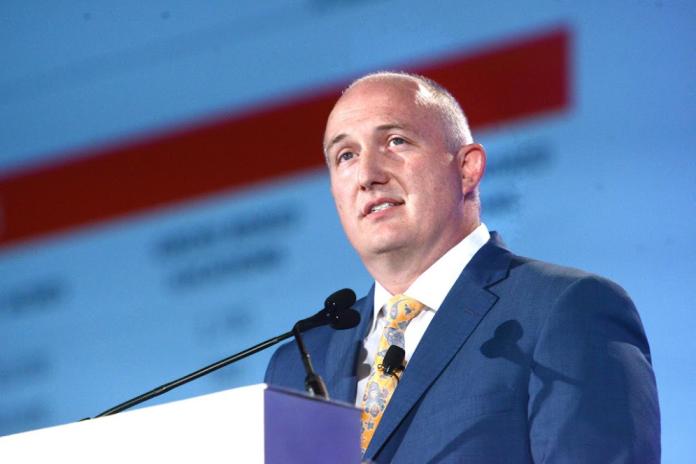 Wade Hutchings’ appointment as COO is in conjunction with the retirement of Ray Daniels, who has had a decades-long career in energy including 12 years at Enerplus.

PDC now adds SRC Energy’s core area of operations in the Greater Wattenberg Field of the D-J Basin to its portfolio, which includes positions in the D-J and Permian basins.