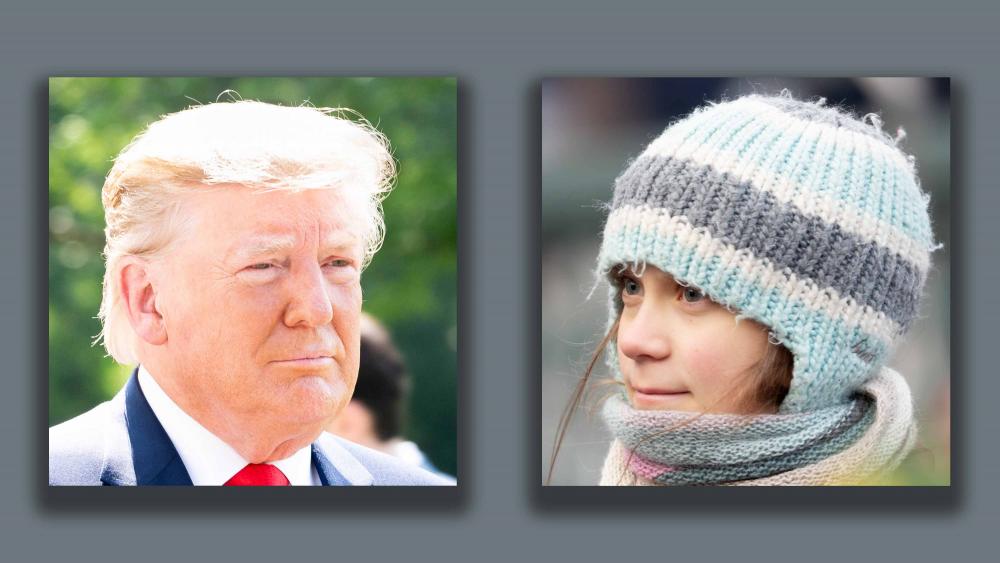 President Donald Trump and environmental activist Greta Thunberg were at odds over climate change on Jan. 21 at the World Economic Forum in Davos, Switzerland. (Source: Shutterstock)

DAVOS, Switzerland—Thousands of miles from his Washington impeachment trial, President Donald Trump took center stage at Davos on Jan. 21 to tout the success of the U.S. economy and urge corporate titans and global policymakers to invest even more in America.

At a conference where environmental issues are in the spotlight, Trump shied away from the topic almost entirely. He said the U.S. would join an initiative to plant a trillion trees, but took a swipe at environmental activists whom he called “the heirs of yesterday’s foolish fortune tellers.”

And he spent a few minutes of the speech hailing the economic importance of the oil and gas industries.

The absence of attention to climate was noticed by the audience, including by teenage activist Greta Thunberg, the star invitee, who responded by referring to “empty words and promises” by world leaders.

“You say children shouldn’t worry... don’t be so pessimistic and then, nothing, silence,” Thunberg said in the latest to-and-fro with the U.S. president.

After days of uncertainty over whether Trump would actually attend the meeting in Davos, especially considering his impeachment trial in the U.S. is underway, the U.S. president landed in the Swiss Alps on Jan. 21.

It was the second time Trump has taken the stage at the WEF meeting. Two years ago, he urged companies to invest in America after passing the first tax cuts to encourage business spending.

This year, he stuck to the theme. In a wide-ranging address pitched to appeal to the Davos crowd, touting the achievements of his administration despite his unorthodox approach, Trump picked up on some of the themes he voiced in 2018.

He thanked overseas companies for investing in the United States and said the U.S. was on far better economic standing than he had imagined when he took office three years ago.

“The time for skepticism is over,” Trump said as he invited more foreign money.

“To every business looking for a place to succeed...there is no better place than the U.S.,” he added.

He also told a packed auditorium that trade deals struck this month with China and Mexico represented a model for the 21st Century. He also took his biggest swipe yet at the Federal Reserve, whose policies he believes are holding back the U.S. economy.

“The Fed raised rates too quickly and has lowered them too slowly,” Trump said of the Federal Reserve, taking aim at the central bank’s policy decisions.

Thunberg, one of many young people speaking at Davos this year, was sitting in the audience listening to Trump.

As she walked out, flanked by security and chased by cameras, she did not speak to reporters.

Trump later told reporters: “I’m a very big believer in the environment. I want the cleanest water and the cleanest air.”

Nobel Prize-winning economist Joseph Stiglitz said the strongest thing about Trump’s speech was that it was scheduled between sessions on climate change. He criticized the President’s swipe at climate “pessimists.”

“As if what we are seeing with our eyes are not there,” Stiglitz said. “It’s astounding.” 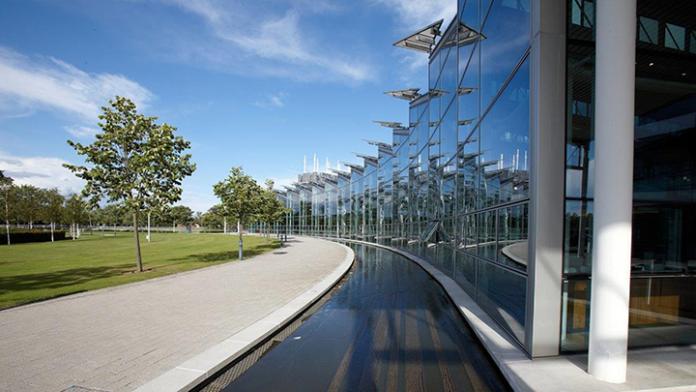 Plotting The Path To A Successful Digital Transformation

The digital revolution in oil and gas sector is not only changing the way the industry operates, but also the type of people employed and the way they work and are managed. Rebecca Wiles, head of upstream technology, BP, tells how the company is approaching the digital future.