Even as a partial shutdown halts the functions of many U.S. government departments, forcing the Department of the Interior to close national parks, the Trump administration is continuing to push for the expansion of oil drilling on sensitive, federally owned lands in Arctic Alaska.

The Alaska Bureau of Land Management (BLM), part of the Interior Department, was scheduled to hold a meeting on the night of Jan. 9 in Wainwright, an Inupiat village on the Arctic coast, over a plan to expand oil development in the National Petroleum Reserve in Alaska. The bureau is legally required to hold public meetings on its plans.

Jan. 9 marked the 19th day of a partial U.S. government shutdown caused by the failure of President Donald Trump and Congressional Democrats to agree on a spending bill that provides funding for a wall on the U.S.-Mexico border, one of Trump's key election pledges.

Nine federal departments, including the Department of the Interior—whose BLM handles permits for oil and gas drilling on public land—have been affected, to varying degrees.

The BLM has already held some public meetings about the proposed oil lease in the National Petroleum Reserve, including one last week in the Inupiat village of Nuiqsut, where some residents questioned BLM officials about the meeting’s legality.

“There were a lot of people concerned about how they’re conducting business during the shutdown,” said Martha Itta, administrator for the local tribal government in the village of about 450 people near the North Slope oil fields.

“There was even a question to them if the meeting was illegal,” she told Reuters.

A BLM spokesman in Washington said the public hearings over permits to drill in the National Petroleum Reserve in Alaska were exempt from the shutdown. “The Bureau continues to process permit applications as they are an exempted activity during a lapse in appropriations.” It was not clear if that applied to permits nationwide or just in Alaska.

On Jan. 9, the BLM in Alaska issued a statement saying it was postponing public meetings on another oil leasing plan, in the Arctic National Wildlife Refuge (ANWR). Those hearings were to be held in eight cities and villages including Anchorage, Fairbanks and Washington D.C.

It did not give a reason for the delay but said the deadline for submitting public comments is Feb 11.

The Trump administration has pushed to move quickly on lease sales in the ANWR, which it won approval to drill in through the passage of tax legislation in 2017 after decades of prohibition.

Environmental and Native groups have criticized the Interior Department for moving too swiftly on readying a lease sale later this year, saying more time is needed to consult with tribes and other locals.

Alaska's crude oil production has been sagging for years. The state produced more than 2 million barrels of oil a day (bbl/d) in 1988, but as of October, the most recent data available, it produced 487,000 bbl/d, according to the U.S. Energy Department.

Turan Drilling, a JV between KCA Deutag and SOCAR AQS, secured the contract for operations and maintenance of seven platform drilling rigs operated by BP in the Caspian Sea, SOCAR AQS head said 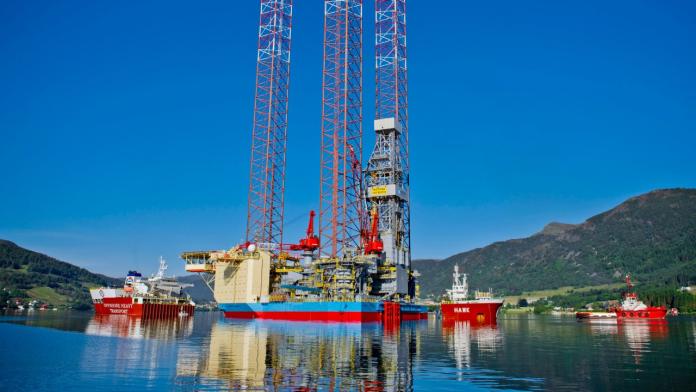 The hybrid jackup rig Maersk Intrepid has been awarded a contract for the drilling of three wells and plugging of one on the Martin Linge field, Equinor said in a press release on April 30.