The home state of the Permian Basin, Texas, is also the anchor state for an expanding domestic refining industry. A new analysis by Stratas Advisors breaks down the drivers behind the fullstream well-to-refinery trend and points out that every day millions of Americans will be soon able to access more gallons of fuel to drive, work, warm their homes and power their lives as a result of investments that could add nearly 1 million barrels per day (bbl/d) of new U.S. crude refining capacity if all announced projects are completed.

“Access to low-cost crude oil and low-cost natural gas for fuel is the investment driver within the U.S. refining industry, and the leading state for growth in both hydrocarbon output and refinery expansion is Texas,” said Greg Haas, Director of Integrated Energy for Stratas Advisors, a Houston-based consultancy and research firm that serves the global fullstream energy industry.

This ranking and the insights around the industry drivers behind them were identified by Haas and his team, which recently presented the full analysis to subscribers of Stratas Advisors’ North American Oil Service.

Among the drivers analyzed, the team sees that the most likely projects have proximity to production, crude and fuel-cost advantages and marine infrastructure to move refined products to higher-growth markets. All of these are featured in Texas refinery projects that represent 470,000 bbl/d of pending new crude refining capacity additions.

“The benefits of expanding refinery capacity in Texas are as clear to startup refinery firms in West Texas as they are to global firms like ExxonMobil Corporation. In Beaumont along the East Texas waterfront this supermajor is investing to become the country's largest refinery to better integrate with its Permian production and Texas pipeline investments while feeding ever cleaner low-sulfur fuels to both domestic and export markets,” Haas noted.

But Stratas Advisors’ North American Oil Service also highlights that new refineries, especially in the petroleum-producing West Texas region, will especially benefit the local economy. In the Midland and Odessa communities, whose citizens and businesses are working to grow Permian Basin production, pump prices for both gasoline and diesel fuels are paradoxically the highest in the state and well above national average. Midland diesel pump prices are above $3.00/gallon and nearly 25% above the national average. Regular unleaded gasoline prices in Midland are also higher than the national average by a few percentage points.

“Supply and demand in refined products like motor gasoline or diesel matters just as supply and demand in crude oil markets,” Haas said. “Even the high-quality crude oil produced in the Permian Basin cannot be directly pumped into a car's fuel tank and driven on highways of Texas. Refineries are the necessary link in the transportation fuel value chain that convert crude oil into driving fuels. Refinery investment in the Permian Basin should raise fuel supply and decrease local fuel pump prices to the benefit of the region.”

Beyond Texas, Stratas Advisors is modeling and assessing the pending crude distillation capacity expansions in the other areas of the U.S. that are seeing refinery expansion. While the list is not that big, the expansions amplify the trends Stratas Advisors found. After Texas, the next largest area to expand refinery capacity is actually in the offshore territory of the U.S. Virgin Islands. At St. Croix, a restart project at a previously mothballed refinery is staffing up and investing to commence refinery operations to convert as much as 200,000 bbl/d of light crude sent from the mainland U.S. The main opportunity in the Virgin Islands is to produce clean diesel and other fuels for the Caribbean transportation, diesel and marine tanker markets that need to comply with the low-sulfur IMO 2020 rules going in force next year.

The final two states that have announced refinery crude unit expansion projects include North Dakota and Montana. The group of refinery projects in North Dakota, if completed, will refine an extra 155,000 bbl/d of locally produced crude oil from the Bakken Shale. The group of refinery project announcements in the adjacent state of Montana represent an additional 136,000 bbl/d of new Bakken crude-refining capacity.

The integrated offerings of Stratas Advisors span the full global energy value chain. Dozens of experts on staff in offices from Houston to Brussels to Mumbai and Singapore offer insights via consulting engagements and subscription services that cover the dynamics of one or multiple industry segments across the primary energy commodities. Clientele from upstream producers, midstream logistics providers, downstream processors, fuel marketers and transportation firms count on Stratas Advisors’ services and expertise to make better business decisions that go beyond today's news to anticipating tomorrow's opportunities.

Access to these findings of the North American Oil Service and the related North American NGL and North American Natural Gas services can be made via subscription or by using new Stratas Coins to allow more customizable access to Stratas Advisors experts and individual insights such as those found herein. 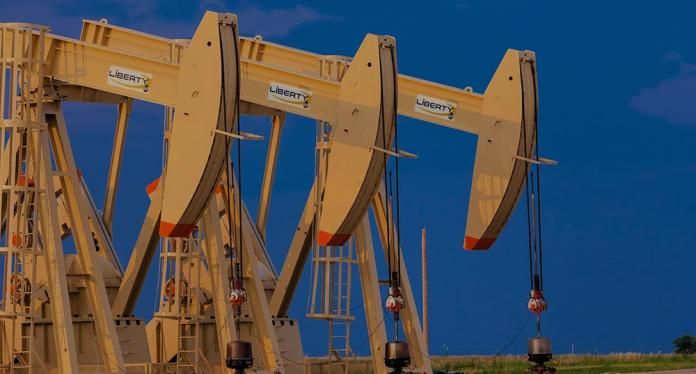 2022-04-19 - Schlumberger will supply Oilex with hydraulic fracturing, nitrogen and perforation services as the company re-fracs the Cambay C-77H well in India.