TechnipFMC is teaming up with France’s McPhy to develop large-scale and competitive projects in the green hydrogen industry.

Alongside making an equity investment in McPhy, TechnipFMC said in an Oct. 14 release it signed a memorandum of understanding to jointly work with the manufacturer and supplier of carbon-free hydrogen production and distribution equipment on technology development and project implementation.

In a statement, Arnaud Pieton, president of Technip Energies, said: “The collaboration with McPhy is an important milestone for the future of the green hydrogen industry and demonstrates our ambition to accelerate the journey to a low-carbon society.”

Green hydrogen is described as when renewable energy powers the electrolysis of water. Calling it a once-in-a-lifetime opportunity, Goldman Sachs has estimated green hydrogen could become a $12 trillion market, according to a report from Barron’s in September.

“We will work with McPhy to develop large-scale and competitive carbon-free hydrogen solutions from production to liquefaction, storage and distribution which we firmly believe is core to achieving net-zero targets,” Pieton added.

Technip Energies is a segment within Franco-American oil services firm TechnipFMC. The group has already provided proprietary steam reforming technology for more than 270 hydrogen production plants worldwide, according to the company release.

The agreement with McPhy establishes a collaboration framework for the manufacturing and commercialization of hydrogen electrolysis production systems for large industry, renewable energy storage and large mobility projects and  hydrogen distribution systems for large mobility projects. Through their partnership, Technip Energies and McPhy will also jointly address commercial opportunities, work on integrating their respective offerings and work on research and development for hydrogen technology. 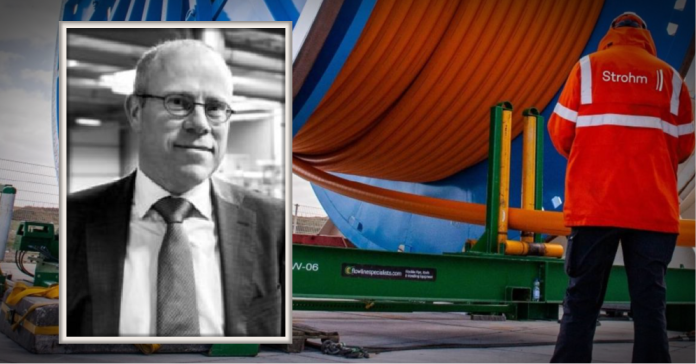 The energy industry is adopting low-carbon technologies at a much faster rate than ever before, says Martin van Onna, chief commercial officer of Strohm, previously known as Airborne Oil & Gas.