Houston-based Talos said Oct. 17 it had entered a transaction with Hokchi Energy SA de CV, a Pan American subsidiary, to cross-assign the company’s participating interest in Block 2 and Hokchi's interest in Block 31, both in the Sureste Basin offshore Mexico.

“We see the participating interest swap agreement as a good move in that it provides Talos with broader exposure to the basin while average drilling capital per prospect is lowered,” said analysts with Capital One Securities Inc. in a research note on Oct. 18.

Talos was awarded the production sharing contract for Block 2 in September of 2015 as part of the competitive bidding process in the historic Round 1.1 auction. The company estimates Block 2 could hold up to 1.1 billion barrels of oil equivalent of potential gross unrisked recoverable resource.

Hokchi was awarded the production sharing contract for Block 31 as part of a competitive bidding process on Round 3.1 in June.

Once the transaction is completed, subject to approval by Mexican regulators, Talos will own a 25% participating interest on blocks 2 and 31 and Hokchi will be the operator of both blocks. 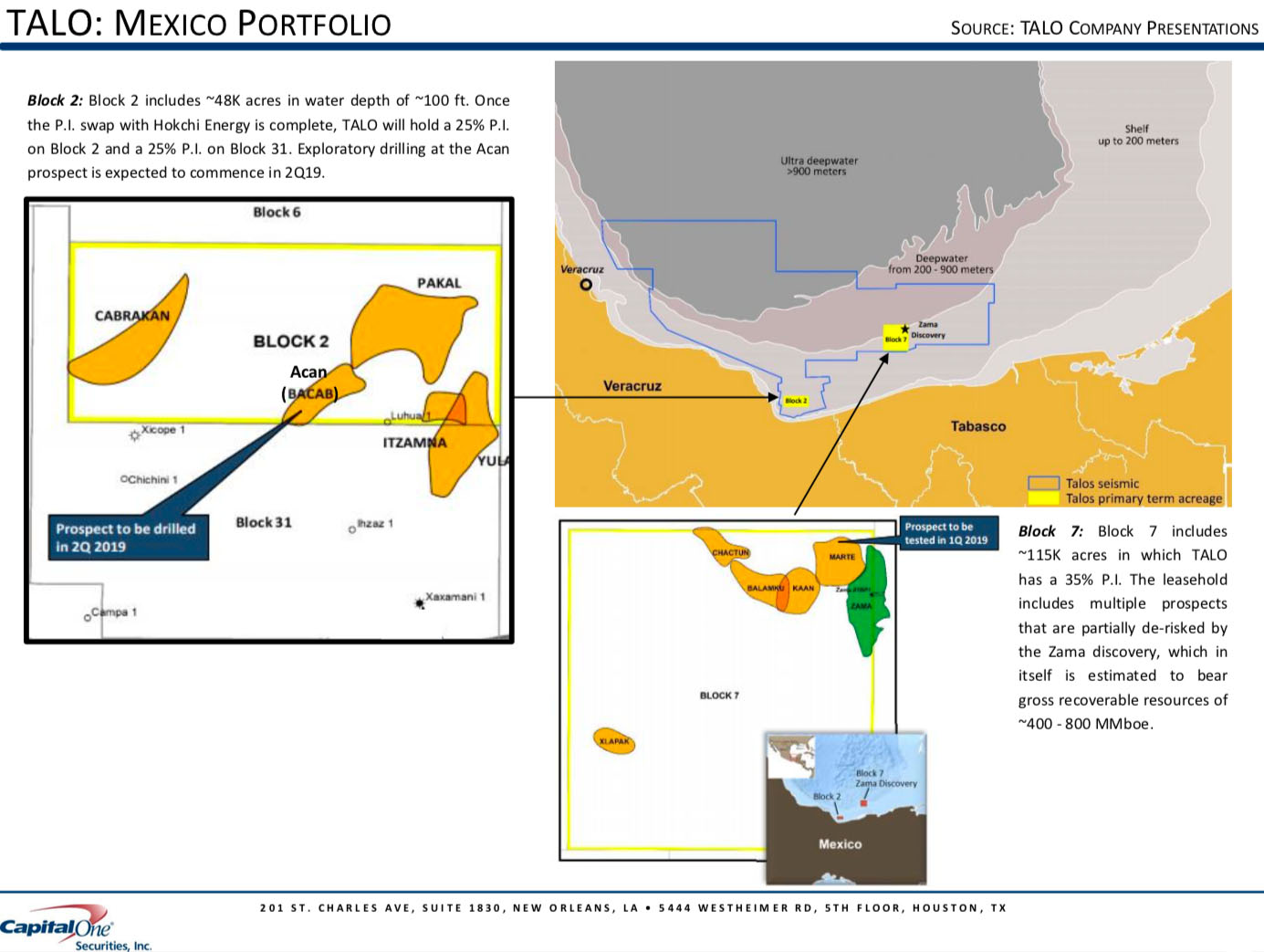 Timothy S. Duncan, president and CEO of Talos, said the swap is an example of how the company is taking action to facilitate quicker, more robust investment and shorter cycle time to production.

“The swap with Hokchi is a great way to pool resources between two operators that have a proven track record in offshore Mexico,” Duncan said in a statement. “And this trade also allows us to aggregate our neighboring opportunities.”

The exploration campaign will begin on Block 2 in second-quarter 2019 with two wells targeting the Acan prospect, which is located in the central southern portion of the block and formerly known as Bacab. Soon thereafter, Talos plans to participate in two wells on Block 31.

The Capital One analysts also noted that Talos plans to begin appraisal drilling at its Zama discovery located in Block 7 offshore Mexico by year-end.

“We look forward to working alongside the Pan American team on Blocks 2 and 31 while we focus our operational efforts not only on Zama but the other material opportunities we have put together on the Block 7 acreage,” Duncan said. 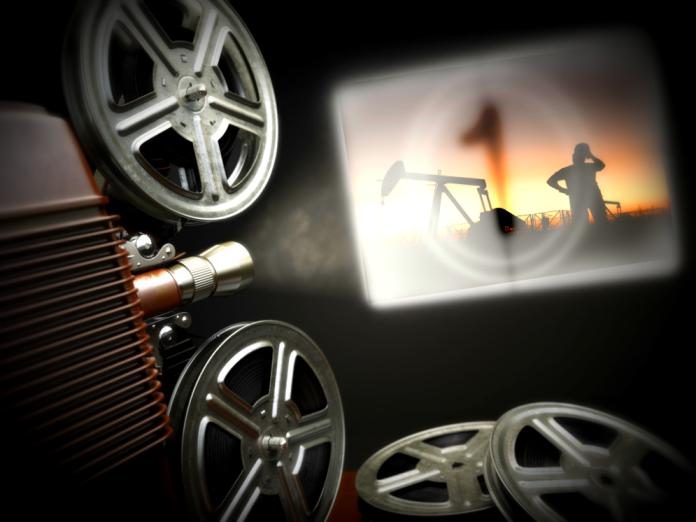 A panel hosted by Stephens Inc. provided perspectives on 2020 and the outlook for 2021, addressing a variety of fundamental topics. How should companies feel as the New Year kicks off? Cautiously optimistic is the suggestion, but that’s in part simply because the alternative is so depressing.

The newly formed Alternative Energy Group within Energy Transfer will be led by Tom Mason and continue the Dallas-based pipeline operator’s focus on renewable energy projects that started in 2019 with a Permian Basin solar deal.