OPEC said on Jan. 17 it had cut oil output sharply in December before a new accord to limit supply took effect, suggesting producers have made a strong start to averting a glut in 2019 as a slowing economy curbs demand.

OPEC said in a monthly report its oil output fell by 751,000 barrels per day (bbl/d) in December to 31.58 MMbbl/d, the biggest month-on-month drop in almost two years.

Worried by a drop in oil prices and rising supplies, OPEC and its allies including Russia agreed in December to return to production cuts in 2019. They pledged to lower output by 1.2 MMbbl/d, of which OPEC’s share is 800,000 bbl/d.

The reduction in December means that should OPEC fully implement the new Jan. 1 cut, it will avoid a surplus that could weaken prices. Oil slid from $86/bbl in October to below $50 in December on concerns of excess supply.

OPEC expects 2019 global oil demand growth to slow to 1.29 MMbbl/d from 1.5 MMbbl/d in 2018 although it was more upbeat about the economic backdrop than last month and cited better sentiment in the oil market, where crude is back above $60.

“While the economic risk remains skewed to the downside, the likelihood of a moderation in monetary tightening is expected to slow the decelerating economic growth trend in 2019,” OPEC said.

“This has recently been reflected in global financial markets. The positive effect on market sentiment was also witnessed in the oil market,” it said.

The supply cut was a policy U-turn after the producer alliance known as OPEC+ agreed in June 2018 to boost supply amid pressure from U.S. President Donald Trump to lower prices and cover an expected shortfall in Iranian exports.

OPEC changed course after the slide in prices starting in October. A previous OPEC+ supply curb starting in January 2017 - when OPEC production fell by 890,000 bbl/d according to OPEC figures—got rid of a glut formed in 2014-2016.

In a sign of excess supply, OPEC’s report said oil inventories in developed economies had stayed above the five-year average in November.

The biggest drop in OPEC supply last month came from Saudi Arabia and amounted to 468,000 bbl/d, the survey showed.

Saudi supply in November had hit a record above 11 MMbbl/d, after President Trump demanded more oil be pumped.

The kingdom told OPEC it lowered supply to 10.64 MMbbl/d in December and has said it plans to go even further in January by delivering a larger cut than required under the OPEC+ deal.

The second-largest was an involuntary cut by Libya, where unrest led to the shutdown of the country’s biggest oilfield.

Output from Iran posted the third-largest decline, also involuntary, as U.S. sanctions that started in November discouraged companies from buying its oil.

Iran, Libya and Venezuela are exempt from the 2019 supply cut deal and are expected by some analysts to post further falls, giving a tailwind to the voluntary effort by the others.

Delivering the 800,000 bbl/d cut from December’s level should mean the group would be pumping slightly less than the expected demand for its crude this year and so avoid a surplus. Last month’s report had pointed to a surplus.

The figures for OPEC production and demand for its crude were lowered by about 600,000 bbl/d to reflect Qatar’s exit from the group, which now has 14 members. 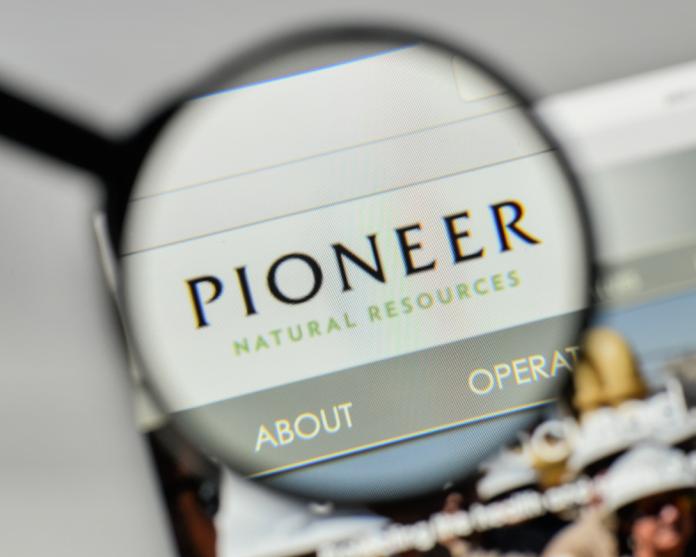 Pioneer Natural Resources said the acquisition of DoublePoint Energy will increase Pioneer’s acreage position to greater than 1 million net acres in the Permian Basin with no exposure to federal lands.