The oilfield services provider, which has not reported a quarterly profit in four years, has struggled under the weight of a massive debt load since oil prices crashed in 2014.

Despite the loss, analysts said the results were neutral to positive, pointing to an EBITDA beat and free cash flow of $65 million. The company generated adjusted EBITDA of $210 million.

“Weatherford was able to continue to execute its transformation initiatives despite a volatile commodity price environment in the fourth quarter and post positive free cash flow,” analysts for Evercore ISI wrote in a note on Feb. 1 following the earnings release.

Shares of Weatherford were up more than 10% at nearly 72 cents in early market trading.

The company ended the quarter with $7.6 billion in long-term debt on hand.

Weatherford recorded $2 billion in one-time expenses during the final quarter of 2018, largely driven by a $1.9 billion write-off in its goodwill balance.

The company said it anticipated a single digit revenue decline in the first quarter of 2019 versus the fourth quarter, driven in part by seasonality, the sale of its land rigs in the Middle East, and lower producer spending on weaker oil prices.

Revenue from Weatherford’s Eastern Hemisphere markets fell 11% to $653 million in the fourth quarter ended Dec. 31 due to the sale of some of its land drilling rigs and lower revenue in the Middle East.

Patrick L. Bond, who most recently served as co-CEO of Gravity Oilfield Services, will be based in Nuverra Environmental Solutions’ corporate office in Houston. 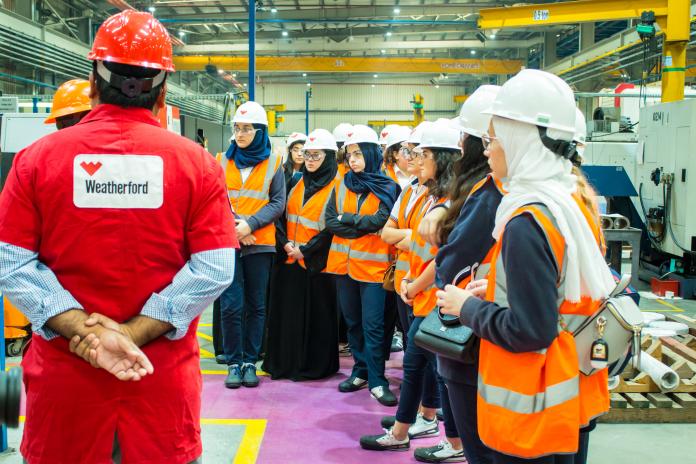 E&P Industry Pulse: Diversity is More than Buzzwords and Metrics

Does a company’s diversity and inclusion program hit the numbers but miss the point?