Schlumberger (NYSE: SLB) has introduced the DELFI cognitive E&P environment, which the company said leverages digital technologies such as security, analytics and machine learning, high-performance computing (HPC) and the Internet of Things to improve operational efficiency and deliver optimized production.

The news was released Sept. 13 during the SIS Global Forum in Paris.

DELFI aims to strengthen the integration of the geophysics, geology, reservoir engineering, drilling and production domains, Schlumberger said in a news release. It also gives Schlumberger customers and software partners the ability to add their own intellectual property and workflows.

“With the launch of the DELFI environment, we deployed an E&P Data Lake on the Google Cloud Platform comprising more than 1,000 3D seismic surveys, 5 million wells, 1 million well logs and 400 million production records from around the world, demonstrating a step change in scalability and performance,” Ashok Belani, executive vice president of technology for Schlumberger, said in the release.

Developed with a focus on enhanced user collaboration and providing a new way of working for drilling teams, Schlumberger said the offering enables operators and service companies to have access to all data and science needed in a single, common system.

DrillPlan, which utilizes the Microsoft Azure and the Azure Stack hybrid cloud solution, will be available in North America land operations in fourth-quarter 2017, with development of functionalities to meet global market needs in 2018, Schlumberger said. 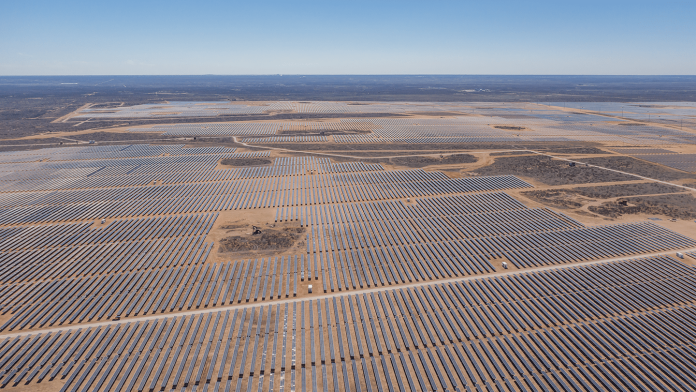 Repsol will buy 40% of the Chicago-based business, which is one of the largest privately-owned developers and operators of solar power plants in the United States.