Easing of COVID-19 related restrictions has propelled oil demand and prices, which remain steady since a late-2020 rebound from historic lows. Brent crude, which averaged at $45 per barrel in the last quarter of 2020, hovered around $55 on Jan. 22.

Schlumberger CEO Olivier Le Peuch said he was optimistic about demand recovery through this year, as rivals Halliburton Co. and Baker Hughes Co. have noted, giving investors hope the oil downturn is nearing an end.

The stage is set “for oil demand to recover to 2019 levels no later than 2023, or earlier as per recent industry analysts’ reports,” Le Peuch said.

In light of the demand recovery, the company forecast capital investments this year of between $1.5 billion and $1.7 billion, a slight improvement at the midpoint of the range from last year’s $1.5 billion.

Le Peuch, who took over the top job at Schlumberger in 2019 and has since undertaken a massive cost cutting program, said spending and activity momentum in North America will continue through the first half, while international spending will increase from the second quarter.

Schlumberger posted total fourth-quarter revenue of $5.53 billion, beating analysts’ estimates of $5.25 billion. It’s the first quarter-over-quarter increase in revenue for the company since the third quarter of 2019.

Net income excluding charges and credits came in at 22 cents per share in the quarter ended Dec. 31, which also beat estimates of 17 cents, according to Refinitiv IBES data, aided in part by a massive cost cutting program. 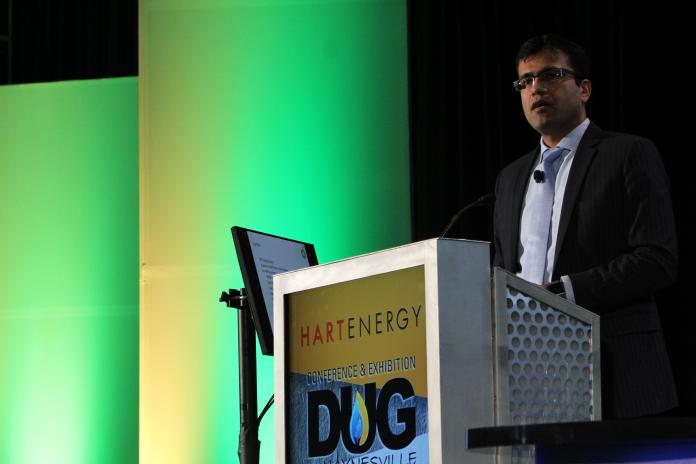