In his first public remarks since taking office in July, the 32-year company veteran also warned the company would record a sizeable, non-cash charge to write down assets in the current quarter. He did not specify the size of the write down.

Le Peuch, who replaced former CEO Paal Kibsgaard nearly two months ago, outlined plans to accelerate digital investments and to restructure and rename one of Kibsgaard’s major initiatives that invested in and ran customer oilfields. He also said the company would resize its North American onshore operations, which had grown under Kibsgaard.

“We are setting an ambition to more than double the contribution of our digital businesses within the foreseeable future, Le Peuch said.

The costly investments in customer projects and the recent $430 million acquisition of hydraulic fracturing equipment unsettled investors and contributed to Schlumberger’s 69% share declined over the last five years.

Schlumberger will exit unprofitable businesses and continue to try to sell stakes in ventures under the Schlumberger Production Management group, which was seen by some as competing with customers. SPM staff will form a new asset performance solutions group, Le Peuch said.

Kibsgaard last year said the company wanted to sell stakes in some projects including in Canada and Argentina.

“We are committing not to take equity positions in oil and gas assets,” Le Peuch said.

Analysts and investors are looking to Le Peuch to steer Schlumberger back to its roots, and navigate through a new era of digitalization underway in the oil and gas industry.

“Former CEO Paal Kibsgaard was engaged in an almost dizzying array of initiatives,” analysts for Jefferies wrote in a note this week ahead of Le Peuch’s presentation.

“We expect new CEO Le Peuch just to emphasize fewer things and so portray a more focused organization,” they added.

The North American business has faced “significant pressure” and “unsustainable margin compression down to mid-single digits,” Le Peuch also said. He said he would prioritize strategic review of the North American portfolio.

Schlumberger shares were up 4% at $33.11 in afternoon trading. 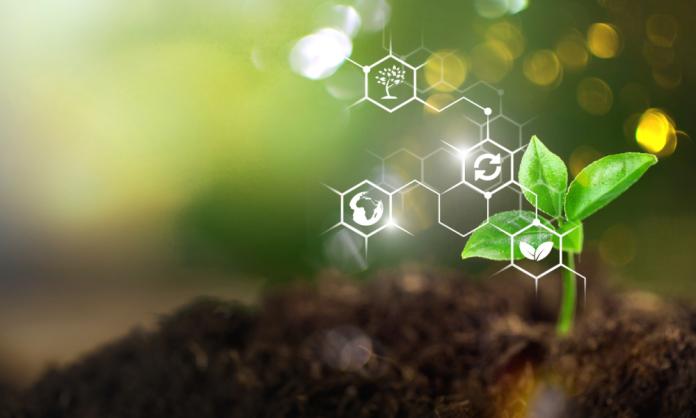 Taking the sustainable route when choosing which products to use in the oil field does not mean having to sacrifice price or performance, Integrity BioChem CEO says.

With this certification, BP becomes the latest major international energy producer to differentiate its natural gas through MiQ.

The project aims to develop the untapped oil and gas reserves from the Ghasha Concession fields which is the world’s largest offshore sour gas development.