Sanctions that could hinder one of Moscow's most important projects in Europe, the Nord Stream 2 natural gas pipeline, have been included in the annual U.S. defense policy bill, two congressional aides said on Nov. 11.

The sanctions in the compromise National Defense Authorization Act between lawmakers in the House and Senate would penalize companies facilitating the construction of the pipeline, including ships helping operations to lay pipelines or moving rock formations on the seabed.

The sanctions also target companies providing insurance or secondary insurance for its construction and certification for the pipeline in Denmark. The bill would become law only after being passed by both chambers in Congress and signed by President Donald Trump.

The $11 billion Nord Stream 2, led by Russia's state energy company Gazprom, would double its existing pipeline capacity to take gas undersea to Europe via Germany. It would bypass Ukraine, which depends on lucrative transit fees.

Gazprom and Germany say Nord Stream 2 is purely a commercial project. Gas demand in Germany is growing as it cuts dependence on nuclear and coal power.

The sanctions backers hope the measures will prevent Gazprom from using the Akademik Cherskiy, a Russian pipe-laying vessel, to finish a final 99 mile (160 km) stretch of the project in Danish waters.

The agreement, first reported by Bloomberg, includes language from an earlier bill spearheaded by Senators Jeanne Shaheen, a Democrat, and Ted Cruz, a Republican.

Nord Stream 2 spokesperson Jens Mueller said the company had yet to evaluate details of the draft bill but that the Cruz-Shaheen legislation would directly or indirectly hit about 120 companies from more than 12 European countries.

"It is up to governments and the European Commission to protect European companies from illegal extraterritorial sanctions," Mueller said.

The bill also includes a provision from Representative Eliot Engel, a Democrat and the leader of House Foreign Affairs, requiring allies to be notified before imposition of sanctions. Engel has opposed the project but has said that sanctions could leave Russia "off the hook" while hitting European companies helping the project.

The pressure from investors follows years of decline in Exxon Mobil's stock, which has underperformed its closest U.S. rival, Chevron Corp., by a long margin in the last five years.

The agreement to execute “large and promising projects” was signed during a visit by Total CEO Patrick Pouyanne, the oil ministry of Iraq said in a statement. 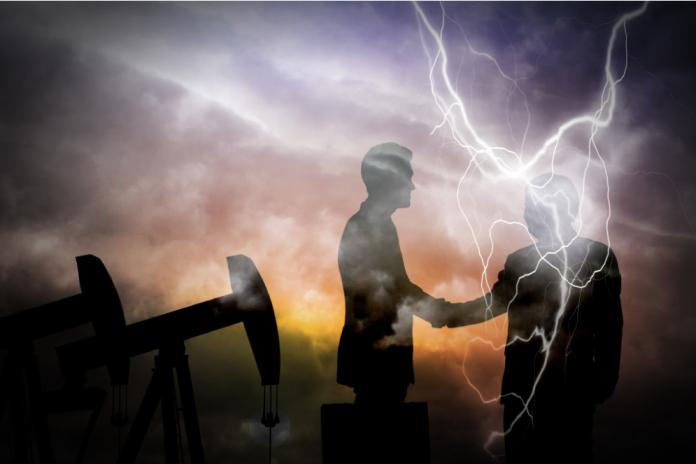 The current SPAC boom is eerily similar to the shale boom, until 2016 when energy sponsors raised record funds in search of acquiring hydrocarbon assets following the successful traditional IPOs.