SEOUL/SINGAPORE—Two South Korean oil importers have recently turned back U.S. crude oil cargoes over quality issues, although that is not likely to sever the fast-growing trade link between the close political allies.

But SK Energy and Hyundai Oilbank sent back cargoes of U.S. Eagle Ford condensate—an ultra-light form of crude oil—that arrived in January and February after the oil was found to contain impurities, said three sources familiar with the matter, but who declined to be identified due to its sensitivity.

Bloomberg first reported on the tainted cargoes on March 27.

Both Hyundai Oilbank and SK Innovation, owner of SK Energy, declined to comment.

GS Caltex, South Korea’s No. 2 refiner, said the company makes its crude oil purchases based on the economics of crude oil and seeks to ensure quality of crude supplies.

Hyundai Oilbank was supposed to purchase 1 million barrel of Eagle Ford condensate but it did not accept the cargo after the oil was found to have a higher than expected level of oxygenates than stated in the sales contract, one of the sources said. Oxygenates are known to cause corrosion issues in refineries.

SK Energy was supposed to take about 700,000 barrels of Eagle Ford condensate—which was onboard the supertanker Olympic Luck—at the southeastern port of Ulsan in January, according to a second source familiar with the matter.

The second source said the shipment for SK Energy was also turned away due to quality issues.

Eagle Ford condensate of different API gravity are sold in Asia and the affected cargoes are the lighter oil of API at about 52 degrees.

Oil major BP owned the Eagle Ford condensate cargoes, the sources said, although it was not immediately clear if the cargoes meant for the two South Korean refiners were onboard the same ship.

BP said it does not comment on day-to-day supply and trading operations. It said that the company stands behind its contractual commitments and if issues arise, BP will work diligently to resolve legitimate concerns.

Trade Will Go On

Despite the declined cargoes, South Korean refiners said they will continue to buy U.S. oil as long as it is priced competitively with other supplies, two of the sources said on March 29.

“As long as U.S. crude is economical, we will keep buying ... For the past two years, we didn’t have any problems, (and) this was the first case,” one of the sources said.

South Korea’s intake of U.S crude has grown steadily since 2015, reaching a record of about 61 million barrels in 2018.

In the first two months of the year, even with the two cargoes turned away, South Korean imports of U.S. crude more than quadrupled to 20.94 million barrels from a year earlier, according to data from state-run Korea National Oil Corp.

Looking ahead, South Korea is expected to import at least a total of 16 million barrels of U.S. crude oil for arrival in April and May, more than double from a year earlier, according to trade flow data from Refinitiv Eikon.

The measure, 20 years in the making, underpins everything from oil exploration to gas pipelines and fuel regulation. 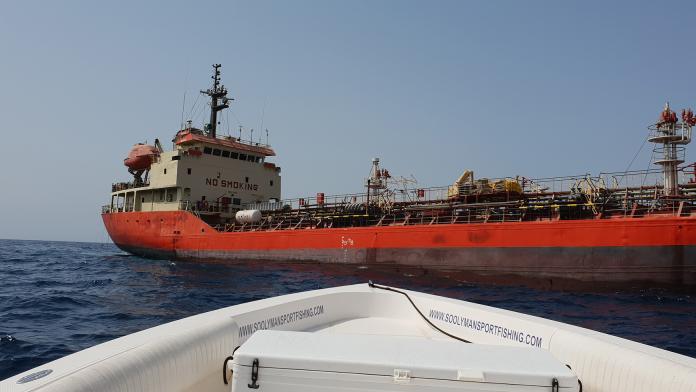 Saudi Arabia, US To Cooperate On Energy Security