What it does have going for itself is money -- from New York financiers, a co-owner of the Houston Astros and a Mexican firm being bought by BlackRock Inc.

With Sierra, the only winning bidder in the first oilfield auction since the country scrapped a state monopoly, Mexico gets exactly what it was looking for: an infusion of foreign capital to help reverse a 10-year decline in crude output.

“They have nice funding, and their team has great experience,” said Eduardo Canales, an energy lawyer in Houston at Akin Gump Strauss Hauer & Feld. “They’ll be the ones to build relationships with the government and generally manage the project.”

Sierra, while incorporated domestically, has $450 million from two U.S. private-equity firms, Riverstone Holdings and EnCap Investments. It also has $75 million from a Mexican company that’s being acquired by BlackRock, the New York-based fund manager. Its Venezuelan chief executive officer is a former oil analyst at Merrill Lynch & Co.

Sierra won the oil blocks -- just off the Gulf of Mexico coast -- in a joint bid with London-based Premier Oil Plc and Houston-based Talos Energy. For the most sought-after block, the group offered the government a production cut of as much as 88 percent, narrowly beating out the offer from Norway’s Statoil ASA.

The auction offered a litmus test for the new oil scene in Mexico, which passed laws last year allowing private drilling for the first time since 1938. The motivation, according to President Enrique Pena Nieto, was to attract foreign investment, spur jobs and help reverse a decade-long decline in national crude output.

Many analysts declared Mexico’s first auction a failure because 12 out of 14 blocks offered drew insufficient interest to warrant contracts, in part a response to oil prices that have tumbled by half in the past year. On Friday, New York crude futures slid 1 percent to a three-month low of $50.40 a barrel.

Finance Minister Luis Videgaray acknowledged that the participation was less than expected. He called it “a good first step” and praised the process for its transparency.

National Hydrocarbons Commissioner Juan Carlos Zepeda said in a press conference Wednesday that he was “glad that a consortium with a Mexican company in it had been the one to present both winning bids.”

He was referring to Sierra, which has an exclusive focus on the country and is based in Mexico City. According to Sierra’s website, the company is also partly funded with Mexican capital.

Ivan Sandrea, Sierra’s CEO, was previously the head of oil supply and industry analysis at the Organization of Petroleum Exporting Countries and an exploration geologist at BP Plc. In a statement last year, he called Mexico’s energy opening “a transformational opportunity” for the country.

Sierra controls 45 percent of the winning group and was named as the first partner in the government’s announcements on the bidding. Houston-based Talos, which also holds 45 percent, will act as the operator, according to a statement Thursday by Premier Oil, which owns the remaining 10 percent.

The oil projects offer “a low-cost entry point” to the Gulf of Mexico, Premier Chief Executive Officer Tony Durrant said in the statement.

Its backers add to its luster.

The firm also was one of two firms, alongside billionaire Leon Black’s Apollo Global Management, to stake Talos’s founding in 2012 with a $600 million investment.

EnCap, which has raised $27.5 billion since it was founded in 1988, is co-led by Petersen, a former energy banker and oil and gas executive. Other managing partners include David Miller, Martin Phillips and Robert Zorich, all former energy bankers. Charles Bauer, EnCap’s head of investor relations, declined to comment.

Then there’s BlackRock, the world’s largest money manager. Its CEO, Laurence Fink, said last year that it was “difficult to overstate the importance” of Mexico’s energy overhaul. BlackRock in June agreed to buy Infraestructura Institucional, a Mexican investment firm headed by the brother-in-law of former President Carlos Salinas de Gortari. The deal is expected to close by the end of the year. BlackRock declined to comment.

Sierra’s investors have an option to double their commitments once the initial equity is deployed.

“They have serious funds behind them,” Alejandra Leon, an analyst in Mexico City with research firm IHS Energy, said by telephone. 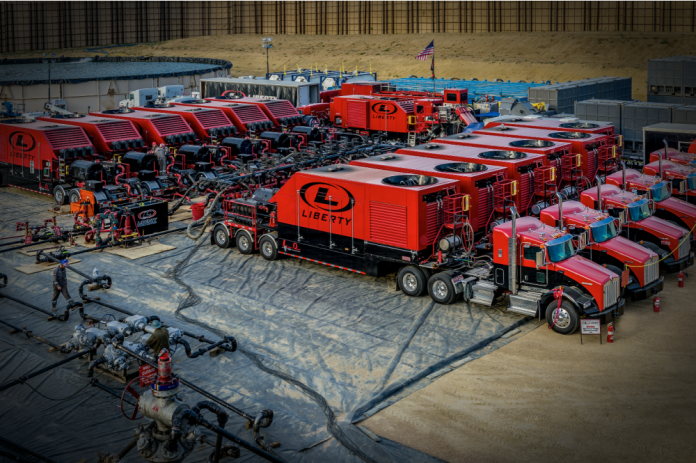 Liberty Oilfield Services doubled in size entering the new year with the addition of Schlumberger’s OneStim hydraulic fracturing division. Now CEO Chris Wright is eager to see where the supercharged combo can take the U.S.’ No. 2 pumper.

Activist investor Carl Icahn formally launched a proxy fight against Occidental Petroleum to win control of four board seats after talks with the oil company's CEO failed to reach an agreement.