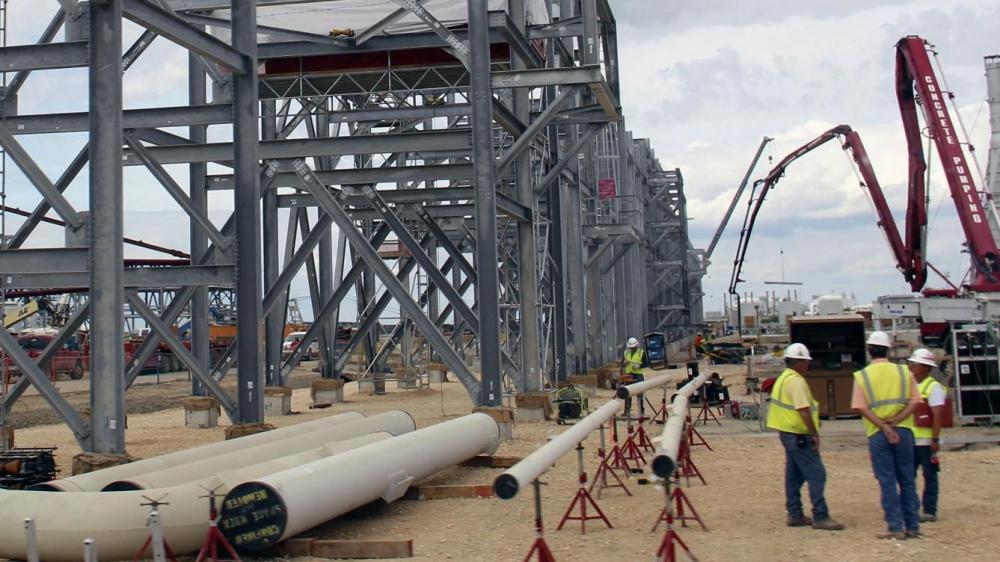 LONDON—Prospects for nearly half of the world’s projects to build infrastructure for exporting LNG have faltered in recent months, amid rising concerns about climate change, public protests and delays due to the coronavirus pandemic, according to a report published July 7.

Out of 45 major LNG export projects in pre-construction development globally, at least 20—representing a capital outlay of some $292 billion—are now facing delays to their financing, researchers at Global Energy Monitor found.

That marks a stark shift by investors away from what many had considered a promising fuel market, already buffeted by slower growth in demand, rising competition from renewable energy technologies and opposition over the industry’s climate-warming emissions.

The vice president of the European Investment Bank said the report underlined the unacceptable risk of investing in LNG assets.

The bank had announced in November that it would stop financing fossil fuel projects at the end of 2021.

The LNG industry has made big bets on a more positive outlook, as many analysts have predicted that demand would outstrip supply sometime in the next decade.

In total, companies had announced plans to build $758 billion of projects that are as yet in the pre-construction phase. But with 20 projects now in jeopardy, including nine in the United States, that planned capital outlay could be reduced by $292 billion, or 38%, if the delays persist indefinitely, the researchers told Reuters.

“LNG infrastructure faces the risk of becoming stranded assets and should be avoided,” said Erik Fransson, head of the fund department at the Swedish Pensions Agency, which has $12 billion of assets under management.

Meanwhile, the pace of LNG terminal development has been pushed back by at least 18 months since the pandemic, the authors said.

LNG investment has had strong government support in many countries. And oil companies in the United States, Europe and elsewhere still plan to boost LNG exports over the next decade.

That has raised worries that resulting emissions of carbon dioxide and methane could make it harder to achieve the temperature goals in the 2015 Paris climate accord.

As for future projects, 12 companies had said at the start of this year that they planned to make final investment decisions in 2020 to build new LNG export plants in North America, according to a Reuters survey. That total is now down to four, and analysts only expect one project to move forward this year.

Here’s a snapshot of recent energy deals including the acquisition of a “unique opportunity” in the Permian Basin by Lime Rock Resources in a $508.3 million deal plus Whiting Petroleum’s exit from the D-J Basin.

Here’s a quicklist of oil and gas assets on the market including a Rockcliff Energy package of long-lived conventional production in East Texas plus the sale of an undivided 50% in BHCH Mineral’s legacy mineral and royalty portfolio.

BHCH Mineral Ltd. retained TenOaks Energy Advisors for the sale of an undivided 50% of its legacy mineral and royalty portfolio located across numerous basins in the continental U.S. broken up into four sub-packages.