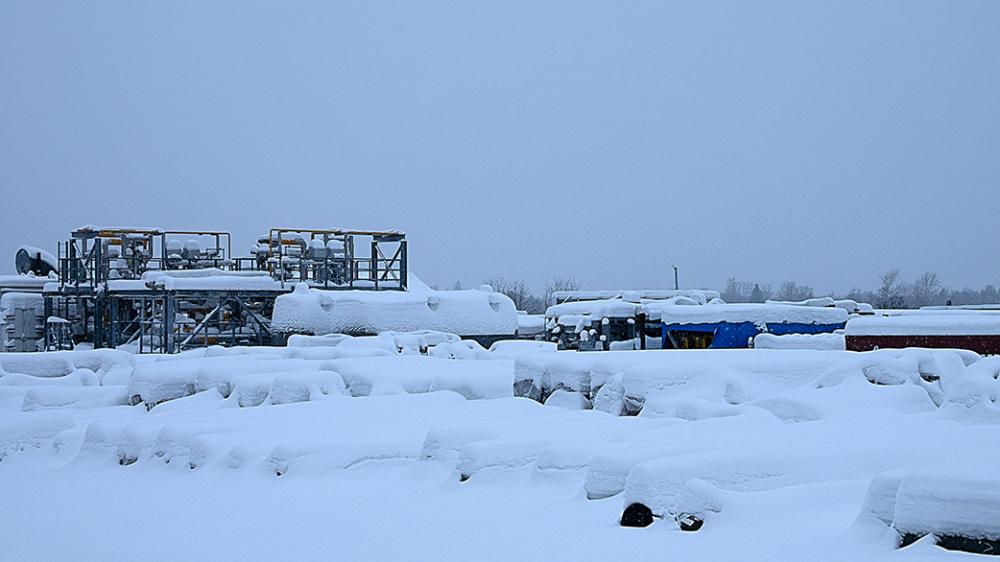 Nord Stream 2 equipment stored in an open warehouse under layer of snow in a file photo. (Source: Maksimilian/Shutterstock.com)

WARSAW—Poland’s anti-monopoly watchdog UOKiK said on Aug. 3 it had fined Gazprom 213 million zloty ($57 million) for lack of cooperation in its proceedings with regard to the Nord Stream 2 pipeline project.

Poland sees Nord Stream 2, which would double Russia’s gas export capacity via the Baltic Sea, as a threat to Europe’s energy security, saying it will strengthen Gazprom’s market dominance.

Nord Stream 2 is led by Gazprom, with half of the funding provided by Germany’s Uniper and BASF’s Wintershall unit, Anglo-Dutch company Shell, Austria’s OMV and Engie.

UOKiK has been examining the project for years and in 2019 it fined Engie 40 million euros for failing to provide documents and information relating to the case.

“At the beginning of the year, we requested Gazprom provide us with contracts concluded by its subsidiary with other companies financing the construction of Nord Stream 2...The company failed to provide such information,” the head of UOKiK said in a statement.

“To my mind, it is an intentional act, the aim of which was to obstruct the ongoing proceedings.”

Gazprom declined to comment. Russian President Vladimir Putin and Gazprom have said they plan to complete Nord Stream 2. More than 90% of the construction has been completed.

The Russian energy giant supplies most of the gas consumed in Poland. Polish state-run gas company PGNiG has often complained it pays more than its European peers for Russian gas.

In July, Gazprom paid PGNiG the $1.6 billion the Polish company won in a pricing dispute and PGNiG CEO said that Poland’s relations with Gazprom were “becoming normal.”

The Railroad Commission of Texas plugged 1,477 abandoned oil and gas wells in fiscal-year 2020, which ended on Aug. 31, exceeding its target for the fourth straight year.

The joint development project has a water depth of about 410 meters and features one 150,000-DWT FPSO with three underwater production systems, CNOOC said.