PetroChina will be spending billions of dollars to accelerate drilling of rare shale formations in northeast China that could be pivotal to sustaining oil output in the world's largest consumer, the company said on Sept. 30.

The state-run oil and gas producer aims to kick off production at its unconventional oil project in 2025 and double its capacity by the end of this decade, company officials and analysts said Sept. 30. If the pilot is successful, the technologies could be replicated elsewhere to unlock China's vast untapped shale reserves.

Gulong, situated at the sprawling Songliao basin, lies within the area of PetroChina's flagship Daqing field, China's biggest oil field which has been pumping for over six decades but where output is diminishing.

"With the breakthrough in Gulong along with the successful testing of the pilot well, China could hopefully develop its vast proven yet undeveloped resource," Palzor Shenga, vice president of upstream research at Rystad Energy, said.

China produces only 35,000 barrels per day (bbl/d) of shale oil mostly in the northern Ordos basin and northwestern Jungar basin, less than 1% of total output. But Gulong is touted as a more prospective project, with lower cost and higher and better quality output.

The success of Gulong could hold the key to sustaining China's oil production at 4 million barrels per day (MMbbl/d), nearly 30% of its consumption, the minimum supply to power manufacturing activities and military services, analysts said.

"Despite carbon goals, the industry sets its sights on boosting oil and gas production and reserves till at least 2025 ... (this) fits into the broad geopolitical context of China-U.S. relations, the COVID-19 pandemic and the country's high reliance on oil imports," a senior state-oil official in Beijing told Reuters.

Domestic output has plateaued since hitting a peak at 4.3 MMbbl/d in 2015. Thus, PetroChina and Sinopec have accelerated drilling terrain as much as 8,000 m deep in the Gobi desert to make up for their depleting mature fields.

After over a decade of work, PetroChina said last month it aims to produce 20,000 bbl/d of shale oil in 2025 from Gulong, where it has proven geological reserves of more than 9 billion bbl.

He Wenyuan, Daqing's chief geologist, told reporters PetroChina had improved its fracking technology by completing a horizontal well in less than 20 days versus 113 days previously. It also aims for net zero emission by injecting carbon dioxide into wells—to capture and reuse it.

He said PetroChina still faces tremendous challenges such as how to locate high-yielding oil flows faster and to extend its life span once a well reaches peak output.

"We're venturing into a 'no man's' zone in Gulong," He said.

"Our focus will be to enhance the oil recovery rate ... only with high-efficiency fracking will we be able to achieve cost-effective development," He said, referring to the drilling techniques that involve injecting sand, water and chemicals to force open channels for oil to flow.

Shell and BP were invited to study Gulong shale in 2019 and 2020, but the companies concluded there was no similar geology elsewhere that has been commercially viable, the geologist said.

Geologically, Gulong's lacustrine shale is unique with no commercial precedent anywhere in the world, and its low permeability means it is tougher and more costly to extract versus marine-sediment shales in North America, experts say.

Lacustrine shale is formed from freshwater lakes where hydrocarbon deposits are more fragmented while marine sediments are from larger seas.

"Unconventional oil plays have been downplayed in China due to the perception that lacustrine shales are difficult to frac," Yu Baihui, analyst at IHS Markit, said.

"Despite the proven reserve figure, the level of commercial recovery is highly uncertain. A lot of work needs to be done to understand the geology and the right technology to be applied to optimize recovery," Zhang said.

The concept could give ageing oil and gas assets a new lease of life. 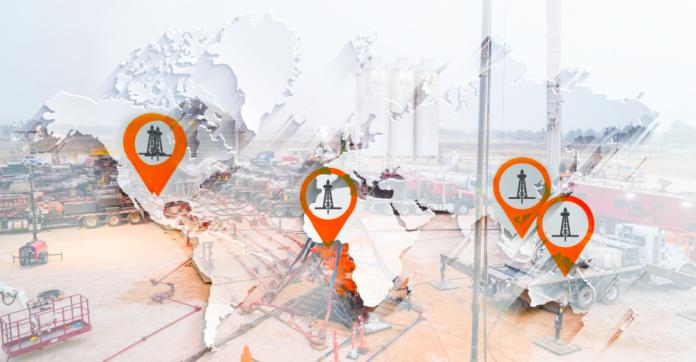 Results from a trio of Devon Energy Bone Spring wells in the Permian Basin, an offshore Ghana oil discovery by Eni plus a test well in Australia’s Northern Territory top this week’s oil and gas drilling activity highlights from around the world.

The U.K. halted its latest licensing rounds for offshore exploration for technical reasons in March but said they would resume at an unspecified time.