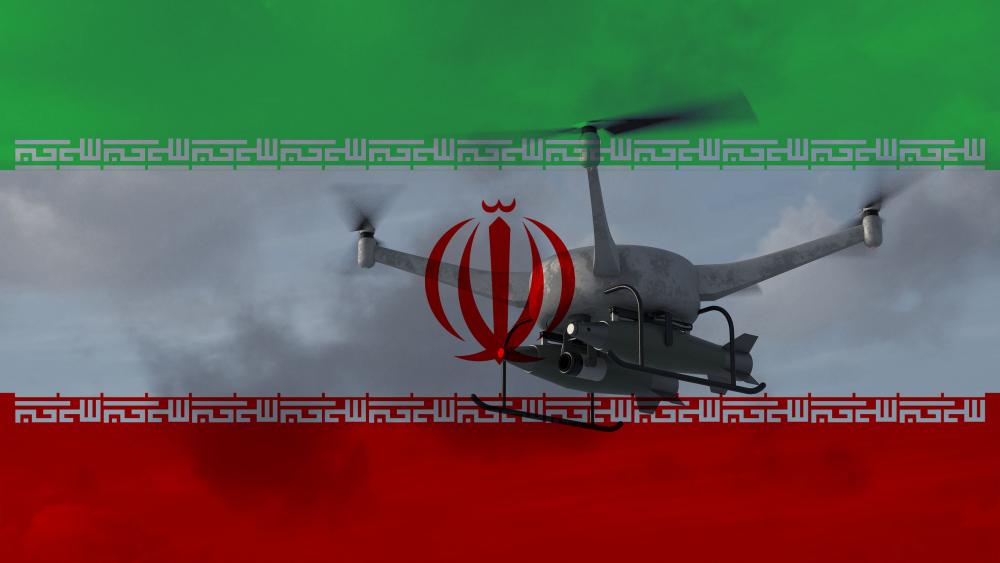 The flag of Iran is overlaid with an image of a weaponized drone. (Source: Shutterstock, HartEnergy.com)

LAUNCESTON, Australia—The attacks on Saudi Arabia’s oil facilities have done more than knock out some 5% of global crude supplies, they have provided a myriad of lessons for all involved.

There is still a high level of uncertainty as to who, what and how exactly Saturday’s attacks were carried out on Saudi Aramco’s facilities, including the massive crude processing plant at Abqaiq.

But what is certain is that 5.7 million barrels per day (bbl/d) of production has vanished and geopolitics is back driving the oil market.

This renewed risk was reflected in early price moves on Sept. 16 in global benchmark Brent crude futures, which surged as much as 20% in early Asian trade, reaching a peak of $71.95 a barrel before easing back to around 13% higher at $68.22.

In recent months the oil market has largely discounted geopolitical risk in the Middle East and chosen to focus on the mounting worries that the U.S.-China trade dispute is tipping the global economy toward recession.

The weekend attacks will have blown that market mindset out of the water, and the discussion will now be just how big should the risk premium be in the oil price.

Much will depend on just how long the Saudi facilities are offline, with early speculation of a period lasting at least several weeks.

This may well tighten the crude market substantially, especially in Asia, which takes about two-thirds of the cargoes from the world’s biggest crude exporter.

Yes, the Saudis can export from storage, the United States and other countries can tap into their strategic reserves, and they can probably meet global requirements this way for several months.

President Donald Trump authorized the release of crude from the Strategic Petroleum Reserve on Sept. 15, a move that may have tempered some of the rise in oil prices.

However, the longer the Saudi facilities remain offline, the more nervous refiners will become and the more likely they will be to pay a premium to ensure supplies.

For now, the crude market has been reminded that the whole oil market can be upended very quickly, and that the sector has a series of vulnerabilities that can be relatively easily exploited by those seeking to inflict maximum damage.

Another lesson is for Trump and his administration, and that is if you ramp up conflict and tensions with a country such as Iran, you must be prepared for the inevitable counter-punch.

The United States has made it clear that it believes Iran is behind Saturday’s attacks, although it has yet to provide firm evidence of this.

But the chances are that this assessment is mostly correct and Iran, if not directly involved, is likely to have supported those who carried out the attacks.

This of course escalates the simmering tensions in the Gulf region, but it’s worth remembering this was started by Trump’s unilateral decision to withdraw from the multinational agreement with Iran on its nuclear program, despite evidence that Tehran was in compliance with the terms of the deal.

The sanctions on Iranian crude oil may not have taken its exports to zero as Trump wanted, but it certainly has cut them substantially, taking them from around 2.3 million bbl/d to a figure likely under 1 million bbl/d.

Would Iran have attacked, or acquiesced to one of its numerous Middle East proxies directly targeting the most vital part of Saudi Arabia’s oil infrastructure if the United States had remained party to the nuclear deal?

The weekend attacks dramatically increase the likelihood of an escalation of the conflict, with Trump already warning in a Tweet that the United States is “locked and loaded” and ready to hit back at what he termed the “culprit.”

The oil market now has to price in the possibility of an expansion of the current tensions in the Gulf into a shooting war in which the belligerents target each other’s crude infrastructure and exports.

There is also the possibility that once the immediate emotions of the event calm down that a more measured response emerges and tensions are de-escalated.

But that will probably require that Trump reverses course, and allows Iran back into international crude markets.

Humiliating climbdowns aren’t exactly what Trump is known for, and he’s probably more likely to try and double down and escalate the conflict, without apparently having a plan for how to resolve his issues with Iran.

The weekend attacks should make it absolutely clear that Iran won’t back down and has the ability to wreak havoc in global oil markets.

What the market probably wants to see is a return to a period of cooler heads in global geopolitics, but the chances are this doesn’t happen, and if it doesn’t, this risk will now have to factored into crude prices.