The two U.S. oil majors credited higher production in the top U.S. shale field for similar 3% volume increases, while warning that sizeable cost overruns at a giant oil field in Kazakhstan, where both are partners, would affect future earnings.

Results mirrored weaker quarterly earnings at BP Plc and Royal Dutch Shell Plc, which indicated they might delay dividend increases or a buyback program due if current low prices continue.

In the third quarter, global benchmark Brent crude fell 8.7%, the worst quarterly drop since the fourth quarter of 2018, while U.S. crude dropped 7.5% as concerns about the trade war between the U.S. and China plunged global economic growth to its lowest levels in a decade.

Investors have fled the energy sector in recent years due to returns that significantly lag market indexes. Exxon Mobil's share performance in the last three years was down 6.9% while Chevron Corp.'s rose 20.4%, both well below the 44.6% gain in Standard & Poor's 500 index.

Exxon Mobil's profit was nearly halved to $3.17 billion, or 75 cents per share, beating analysts' recently reduced estimate of 67 cents a share, according to Refinitiv IBES. The results included a favorable tax impact of 7 cents a share. Operating profits in each of Exxon Mobil's major businesses fell compared with the same period a year ago.

Chevron's earnings fell 36% to $2.58 billion, or $1.36 per share, in the quarter. Excluding one-time charges and foreign currency gains, the company said it would have earned $1.55 per share. Analysts had expected earnings of $1.45 cents per share.

The two are partners in the giant Tengiz oil field in Kazakstan, where the operator, Chevron, said Nov. 1 that overruns are expected to balloon project expenses by 25% to $45.2 billion.

"If you take away the initial contingencies that they have baked in, it's almost a 50% cost increase to the project," said Anish Kapadia, a director at London-based Palissy Advisors.

Exxon Mobil and Chevron are in a race in the Permian Basin, the top U.S. shale field, to reach 1 million barrels per day of production.

Chevron's Permian Basin production rose 35% from the same period a year ago to 455,000 barrels of oil and gas daily. Meanwhile, Exxon Mobil's daily output in the basin reached 293,0000 barrels, up more than 70% in the last year. 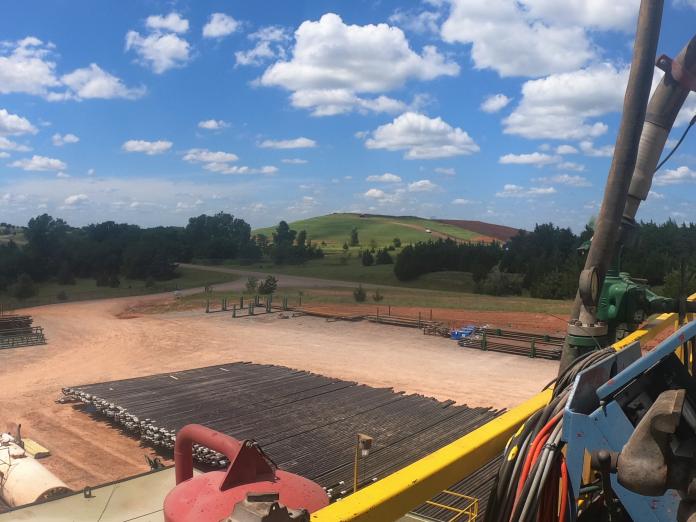 Camino Natural Resources embraced scale, an out-of-favor shale play and a robust hedging strategy as a beacon through the darkness.

The reverse stock split is expected to increase the per share trading price of Northern Oil and Gas’ common stock, which may improve marketability and facilitate its trading, the Minneapolis-based company said.