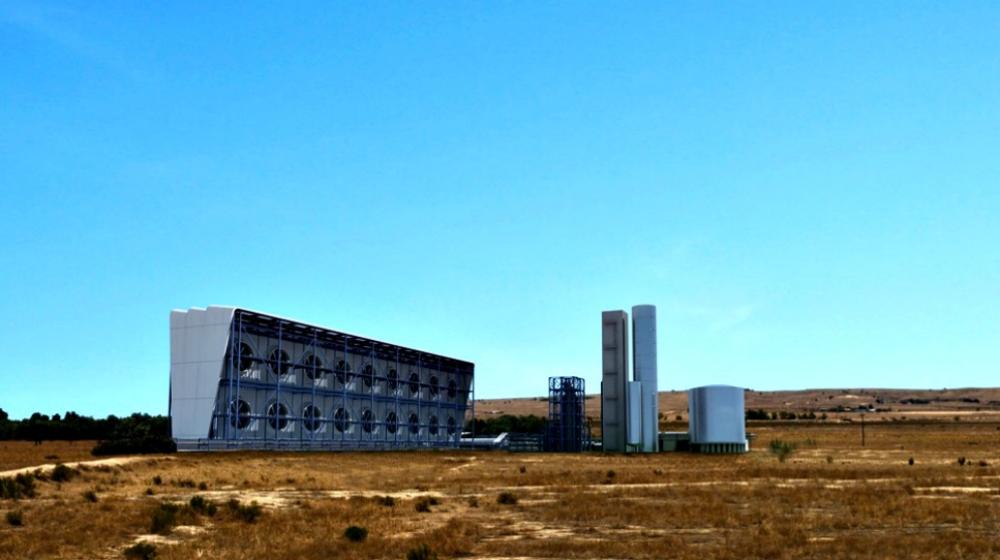 The partnership is evaluating a direct air capture and sequestration facility which would be used in Occidental’s EOR operations in the Permian Basin. (Source: Oxy Low Carbon Ventures LLC/Carbon Engineering Ltd.)

A U.S. oil producer is teaming up with a company working to grab planet-warming CO₂ straight from the air in a bid to extract more oil from the ground in a greener way, the companies said May 21.

The CO₂ sucked from the air will be used to push out hard-to-reach oil from aging fields, Steve Oldham, Carbon Engineering's CEO, said on the sidelines of the CO2NNECT 2019 meeting in Wyoming.

Oldham said the plan will mean as much CO₂ will likely be captured as will be released in both the drilling of the oil and its subsequent use to heat homes or power vehicles.

It is possible the plant will do even better than breaking even and grab more CO₂ than is produced, he said.

Construction is expected to begin in 2021 and take two years, Carbon Engineering said.

"It's not so much that the fossil is the enemy here, it's the carbon contained in it," Oldham said. "You can offset that the way we're doing [it]."

Oldham said the plant would be 100 times larger than any other direct air capture plant in the world and will be powered by a mix of natural gas and renewable energy.

Carbon Engineering, which has been removing CO₂ from the atmosphere since 2015 at a pilot plant, has been leading the market, alongside Swiss firm Climeworks and U.S.-based Global Thermostat.

The International Energy Agency says capturing carbon will be needed to limit a global rise in average temperatures to below 2 degrees Celsius (3.6 F) above pre-industrial times by 2060.

CO2 captured as part of the partnership would provide Occidental with "CO₂ at a lower cost than our organic CO₂ that we use today," said Vicki Hollub, the company's CEO.

Occidental Petroleum is an investor in Carbon Engineering.

Kurt Waltzer, who is managing director of environmental advocacy group Clean Air Task Force, welcomed the announcement as one that "couldn't happen too soon."

But he warned that scaling the technology worldwide as climate change marches on would prove challenging.

"I like to step back a bit. The $25 trillion global energy infrastructure that we have to eliminate all the emissions from in 30 years, that's unbelievably hard," he said.

Mediterranean-focused Energean last year agreed to buy the oil and gas operations of Edison for up to $850 million, but the parties agreed to revise the deal because of the amendments and a weaker price outlook.