Norway has awarded 10 oil licenses to energy companies in the Arctic, opening new acreage for exploration for the first time in two decades and granting access to an offshore zone bordering Russia.

Norway is hoping the new areas will help boost a sector that has been shedding projects, costs and jobs due to a 57 percent decline in crude prices since mid-2014.

“This will contribute to employment, growth and value creation in Norway,” Norwegian oil and energy minister Tord Lien said in a statement.

“It is with shock and anger we register that Norway is violating two recent environmental agreements, just to get their hands on Arctic oil,” Greenpeace Norway head Truls Gulowsen said.

Lien told Reuters the government “is pursuing a policy that has broad support in the Norwegian parliament.”

“If the companies can’t operate safely they can’t get permission to do business. That’s the same for the North Sea and the Barents Sea,” he said, adding the Arctic exploration was in line with existing legislation.

ConocoPhillips, Chevron, Norway's Statoil and Det norske, as well as Sweden's Lundin Petroleum were among the license winners.

Of the 10 licenses, three are in an offshore area bordering Russia. Russian oil major Lukoil won participation in one of those three.

In a separate statement, Lundin Petroleum said one area, close to the Russian border, had potential to contain in excess of a billion barrels of oil equivalents, while another license could contain “several billion barrels.”

The Norwegian Petroleum Directorate said it was hopeful first drilling could start as early as next year. 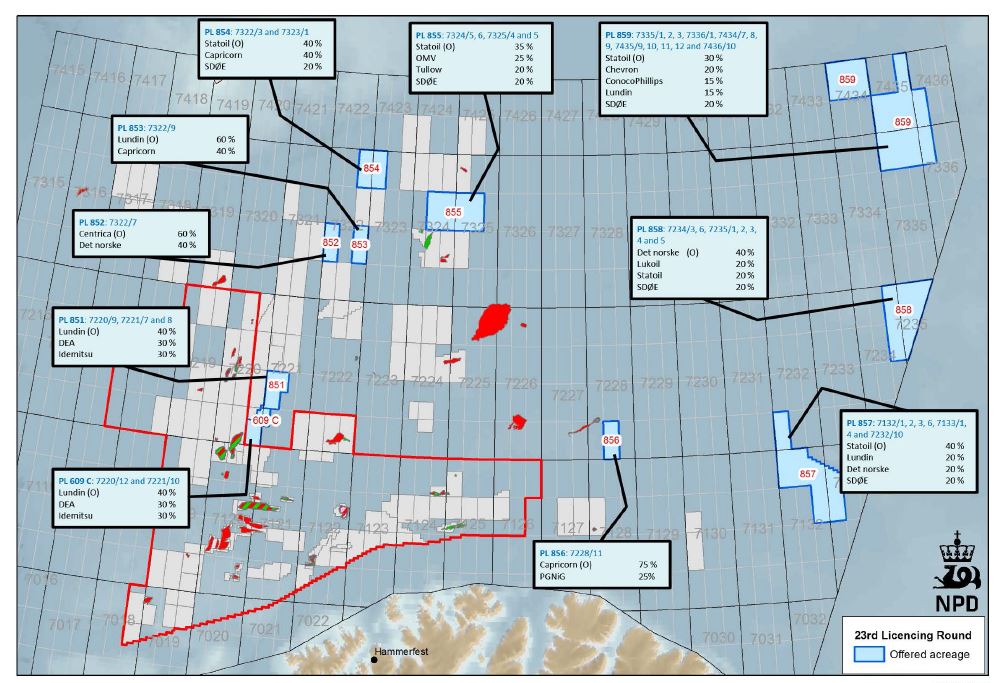