Magellan said its 275,000 barrel-per-day (bbl/d) Longhorn pipeline from the Permian to Houston has run near its total capacity for months. But the company now believes spot shipments will disappear on its Longhorn pipeline and BridgeTex pipeline after the third quarter, when new pipelines start carrying crude out of the Permian Basin, Mears said.

Three new pipelines owned by Plains All American Pipeline LP, Phillips 66 and EPIC Midstream are slated to add more than 2 MMbbl/d of capacity from the Permian to the Gulf Coast by mid-2020. EPIC has recently begun filling its line, its president, Brian Freed, said this week.

"Clearly the differentials are expected to drop and narrow over the remainder of this year and remain at lower levels next year with additional pipeline capacity coming online," Mears said.

Rising crude volumes on its pipelines and terminals, particularly into the Seabrook Logistics LLC export facility in the Houston area, was one reason Magellan's second-quarter earnings beat Wall Street estimates by six cents, at $1.11 a unit. Magellan's revenue from moving and storing crude rose $17.6 million largely because of fees from new storage and dock capacity.

The Houston pipeline operator plans to spend a company record $1.1 billion on expansion projects this year. It will move ahead with a 60,000 bbl/d expansion of its Saddlehorn pipeline, which runs from Colorado to the main U.S. storage hub in Cushing, Oklahoma. It is expected to be operational by late 2020.

Magellan also is in talks with another company to jointly develop its planned Voyager pipeline project, Mears said. The pipeline would take crude from Cushing and the Permian to the U.S. Gulf Coast. An open season to solicit shipper interest will close at the end of August.

"We think there is a real potential with this third party to make this work," Mears told analysts on a conference call, declining to disclose its potential partner.

The company is also considering "a number of opportunities" to develop a crude export terminal in the Corpus Christi, Texas, area, though it is mostly evaluating working with a partner to jointly develop a facility, rather than an independent project, Mears said.

Energy A&D Transactions from the Week of April 8, 2020

Here’s a snapshot of energy deals from the past week including the sale of Enbridge’s Ozark natural gas pipeline transportation and gathering systems in the southeastern U.S. 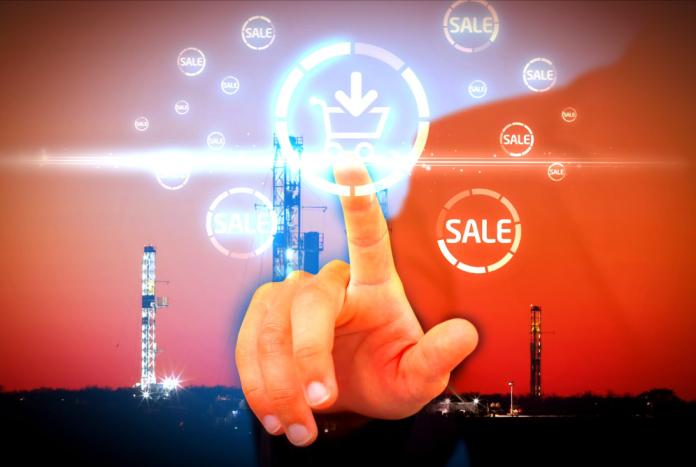 Here’s a quicklist of oil and gas assets on the market including producing royalties in Pioneer Natural Resources-operated wells in the Permian Basin plus the sale of conventional oil properties located in California’s San Joaquin Valley.