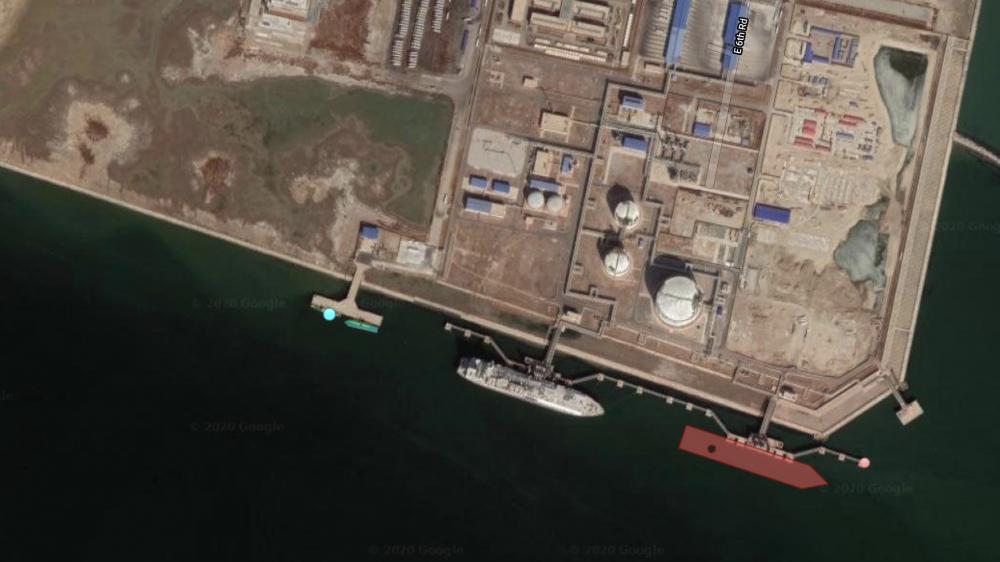 The LNG tanker Maran Gas Vergina is docked in Tianjin, China. The ship is the red vessel on the lower right of the screen. (Source: MarineTraffic.com, Google)

SINGAPORE/LONDON—The tanker Maran Gas Vergina has arrived in China with the first delivery of U.S. LNG in 13 months, shipping data showed on April 20.

U.S. LNG was last shipped to China in March 2019 before a trade war erupted between the two countries.

Aboard was a cargo which loaded at the Freeport LNG plant in Texas, ship-tracking data from Refinitiv and data intelligence firm Kpler showed.