Liberty Oilfield Services Inc. has collectively achieved the milestone of 24-hours of continuous plug and perf pumping time for Kaiser-Francis Oil Co. in the Permian Basin, the company said on Sept. 27. By delivering a full 1,440 minutes of pumping time with zero non-productive time, Liberty crews were able to attain the premier goal of Liberty’s Operation 1440.

Operation 1440 was formed at Liberty in early 2021 to improve throughput on location. Liberty teams worked together to assess how to optimize the use of each of the 1,440 minutes in a day for pumping and perforating operations, effectively eliminating non-productive and non-pumping time.

“From the beginning, Liberty has focused on safety and technology to become more agile and efficient. Efficiency is a win-win-win, resulting in reduced cost for our customers, lower environmental impact and increased profitability for Liberty,” said Liberty CEO Chris Wright. “Today’s announcement marks the beginning of what is possible with Operation 1440. Liberty frac and wireline crews worked in concert with Downing to safely achieve the momentous goal of eliminating downtime and continuously pumping all 1,440 minutes in the day. I am proud of the Liberty team for reaching new heights during an unconventional time in the oil and gas cycle.”

Liberty teams utilized Downing’s Freedom Series iControl, a completion system that instantaneously transitions from one well to the other, opening the second well and subsequently shutting-in the first well, all while pumping, eliminating the time between stages.

“Kaiser-Francis is excited about the accomplishment of 24 hours of continuous pumping. It is a significant milestone that was made possible by the commitment of Liberty and Downing both to advance the technology, and to work together on location in the field,” Tom Redman, COO of Kaiser-Francis Oil Co., said. 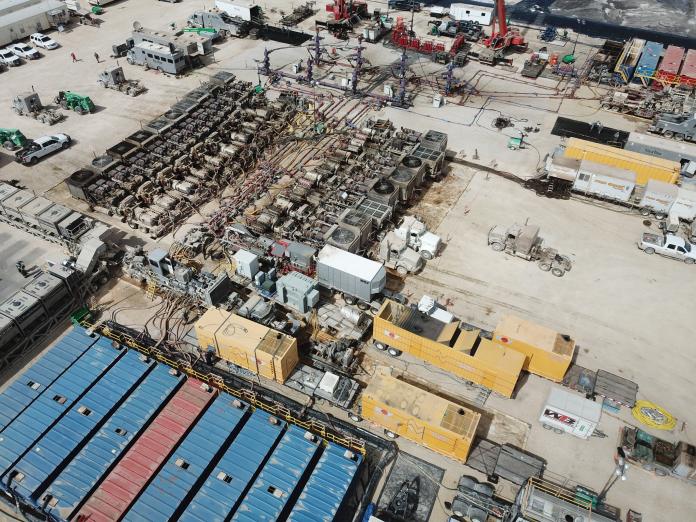 Pressure pumpers that survived a rough 2020 are in recovery mode, some say, as conditions improve with a continued efficiency drive toward a lower carbon world.