Three Colorado communities filed a lawsuit against oil companies on April 17, launching the latest legal battle seeking damages for what they claim are the costs of adapting to climate change.

The lawsuit, filed in Colorado by the city of Boulder and the counties of San Miguel and Boulder, accuses Suncor Energy Inc. (NYSE: SU) and ExxonMobil Corp. (NYSE: XOM) of creating a public nuisance by producing and selling fossil fuels that cause climate change.

Suncor and ExxonMobil "sold and promoted fossil fuels knowing that climate impacts were substantially certain to occur if unchecked fossil fuel use continued," the communities said in the complaint.

"Reducing greenhouse gas emissions is a global issue and requires global participation and actions," he said in emailed comments.

A spokeswoman for Suncor, one of Canada's biggest oil producers, said the company could not comment because it had not yet seen a copy of the lawsuit.

Both ExxonMobil and Suncor have operations in Colorado, the complaint said.

The lawsuit is the latest in a growing body of legal action against oil companies over climate change.

However, earlier cases have been filed by coastal communities including California and New York, and this is the first to be brought in the nation's interior, officials behind the lawsuit said.

Their region of Colorado is vulnerable to a wide range of climate threats, from droughts that imperil farming to warm winters that harm the ski industry, they said.

"Climate change is not just about sea level rise. It affects all of us in the middle of the country as well," said Elise Jones, a Boulder County commissioner, in a statement.

The case is part of a growing trend, said Michael Burger, executive director of the Sabin Center for Climate Change Law at Columbia University in New York.

"This is now, I think, the tenth lawsuit of the sort that has been filed in the United States against fossil fuel companies seeking damages for costs associated with climate change impacts," he told the Thomson Reuters Foundation. 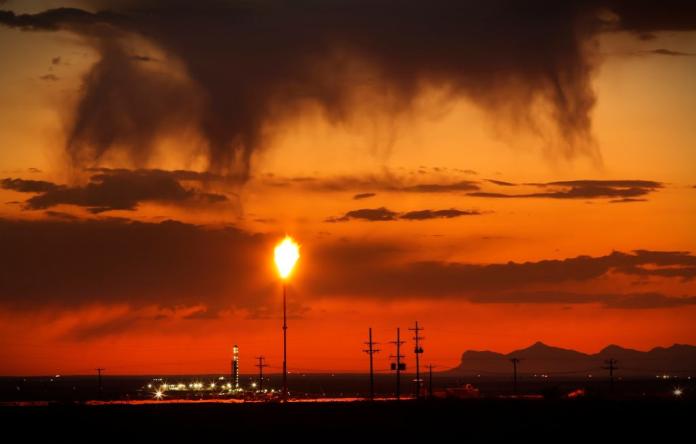