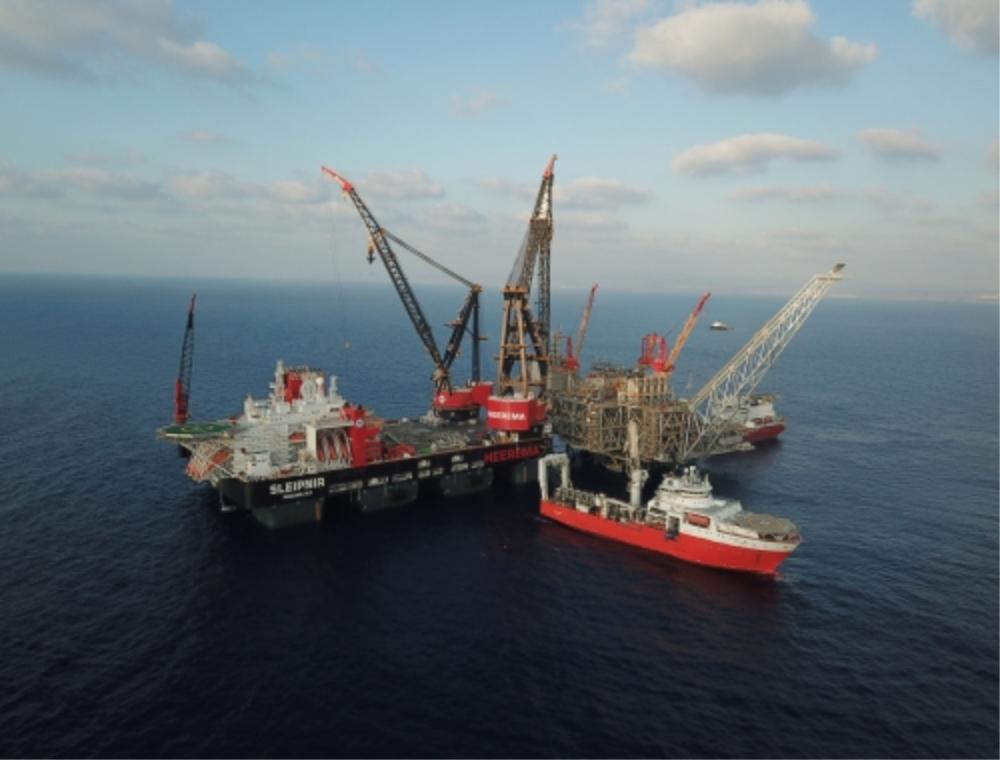 The gas will be transported from the Leviathan platform via a subsea pipeline connected to Israel's transmission system and from there to consumers throughout the country. (Source: Noble Energy Inc.)

Natural gas began flowing from Israel's largest field despite regulatory delays and court petitions by groups opposing the project raised doubts that its operators would meet their end-of-2019 timeline.

However, Texas-based Noble Energy Inc., Israel's Delek Drilling and Ratio Oil said that operations had started, effectively doubling the amount of Israeli-produced gas and lifting shares in both Israeli firms.

The supply of gas from Leviathan wells, 130 km west of the port city of Haifa, allows Israel to shift away from more polluting fuels, primarily coal, for electricity generation.

The gas will be transported from the platform via a subsea pipeline connected to Israel's transmission system and from there to consumers throughout the country.

"We think it's a huge day for Israel and the region," Noble Energy President Brent Smolik said during a visit to Israel.

And exports are expected to begin shortly.

"Exports to Jordan will start ... within the next 48 hours. We are finalizing the full ramp-up to the platform," Keith Elliott, Noble Energy's senior vice president, said.

The amount of gas extracted from Leviathan is expected to reach 60 billion cubic meters (bam) over 15 years, while the nearby Tamar Field will export 25.3 bcm in the same period. The value of the exports is estimated at $19.5 billion.

Shares in Delek Drilling were up 8% in Tel Aviv, while Ratio's gained 7.6%.

Leviathan production was delayed earlier this month until a court lifted a temporary injunction granted over environmental concerns.

Another brief delay followed as Israel's Environmental Protection Ministry, which monitors emissions from the project, said it needed extra data from the firms running the field.

Smolik said the Leviathan platform was designed with "some of the most stringent guidelines in the world."

And given the proximity of the platform to Lebanon, security was at the forefront of the Israeli government's mandate when it approved the location, Elliott said. (US$1 = 3.4563 shekels)