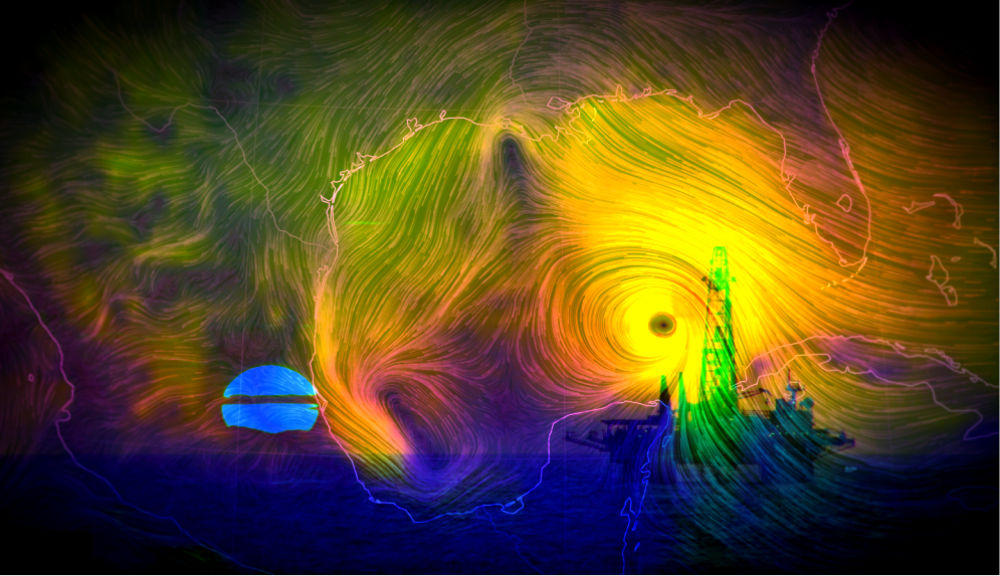 Simulation of Laura in the U.S. Gulf of Mexico on Aug. 25. (Source: earth.nullschool.net; Additional image courtesy of Shutterstock.com)

The U.S. energy industry on Aug. 25 was preparing for a major hurricane strike, cutting crude production at a rate approaching the level of 2005's Hurricane Katrina and halting oil refining at plants along the Texas-Louisiana coast.

Officials in the two states ordered hundreds of thousands of coastal residents to flee inland as Hurricane Laura strengthened and forecasters predicted it would become a major hurricane with sustained, 115 mile per hour (185 kph) winds.

Oil producers on Aug. 25 had evacuated 310 offshore facilities and shut 1.56 million bbl/d of crude output, 84% of Gulf of Mexico's offshore production, near the 90% outage that Katrina brought 15 years ago.

The storm will make landfall by early Aug. 27 in an area that accounts for more than 45% of total U.S. petroleum refining capacity and 17% of oil production, according to the Energy Information Administration.

Refiners that produce gasoline and diesel fuel were taking steps to halt nine facilities that process nearly 2.9 million bbl/d of oil, 14.6% of the U.S. total capacity, according to Reuters tallies.

The impact on refineries so far is less than Hurricane Harvey, whose drenching rains took down nearly one quarter of U.S. refining capacity three years ago. 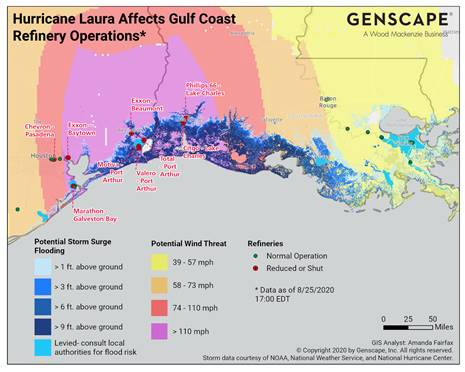 U.S. gasoline futures have jumped as much as 10% since Aug. 21, while crude benchmarks settled at a five-month high on Aug. 25 due to the shutdowns.

"There will be a significant storm surge from Galveston (Texas) to the Sabine River," an area encompassing some of the region's largest refineries, said DTN's Kerr. "There are ideal conditions in central and west Gulf for rapid intensification."

Officials in Texas and Louisiana called for mandatory evacuations affecting half a million people. Residents from areas of Houston east to Orange, Texas, should flee the area and seek shelter inland, Texas officials said.

Total, Motiva and Valero confirmed the shutdowns, and a Valero spokeswoman said it also was reviewing the risks to its Texas City, plant southeast of Houston.

Exxon Mobil Corp. began shutting production at its large Beaumont, Texas, refinery and reduced output at its Baytown, Texas, plant ahead of a possible shutdown.

Exxon Mobil confirmed it was initiating a shutdown at Beaumont and was preparing for possible severe weather at its Baytown refinery and chemical complex, a spokesman said. If the Baytown plant fully halts processing, total shutdowns along the coast would hit 2.89 million bbl/d.

Marathon Petroleum declined to comment on the status of its 585,000 bbl/d plant in Texas City, the second largest refinery in the U.S. after Motiva's.

Stuart is an experienced finance executive with 20 years of experience in CFO roles at LSE, NASDAQ, OSE and AIM listed companies. 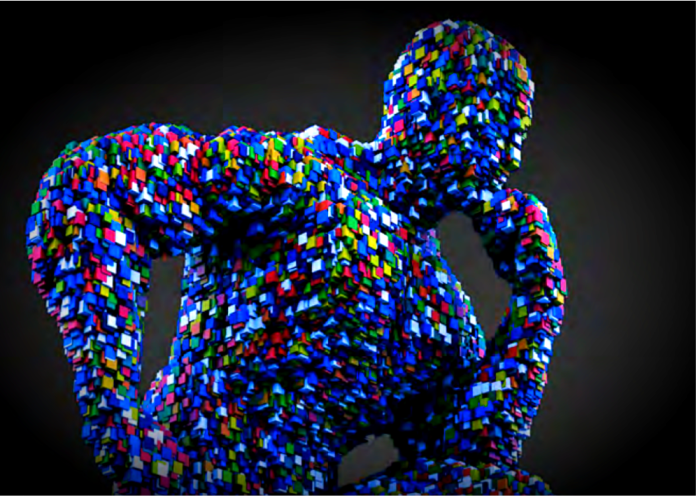 As innovations in artificial intelligence become increasingly essential to the success of oil and gas companies, the need for companies to protect their inventions grows.